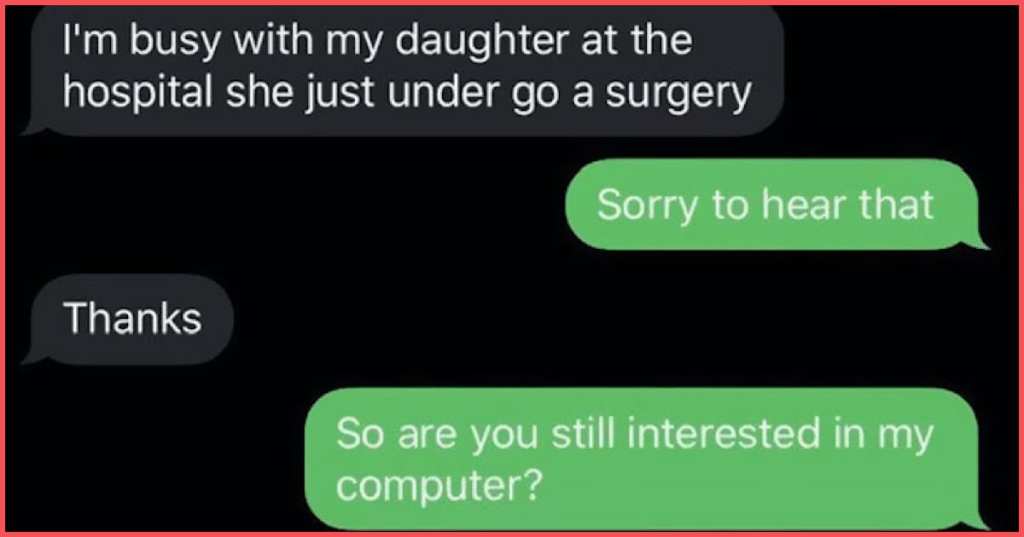 The Internet is full of people who want to scam you out of your last buck, and nowhere is that more apparent than when you’re trying to sell something.

When a gamer named Xander put his PC for sale online, a scammer immediately reached out.

The red flags were evident from the get-go, so Xander decided to have a little fun. 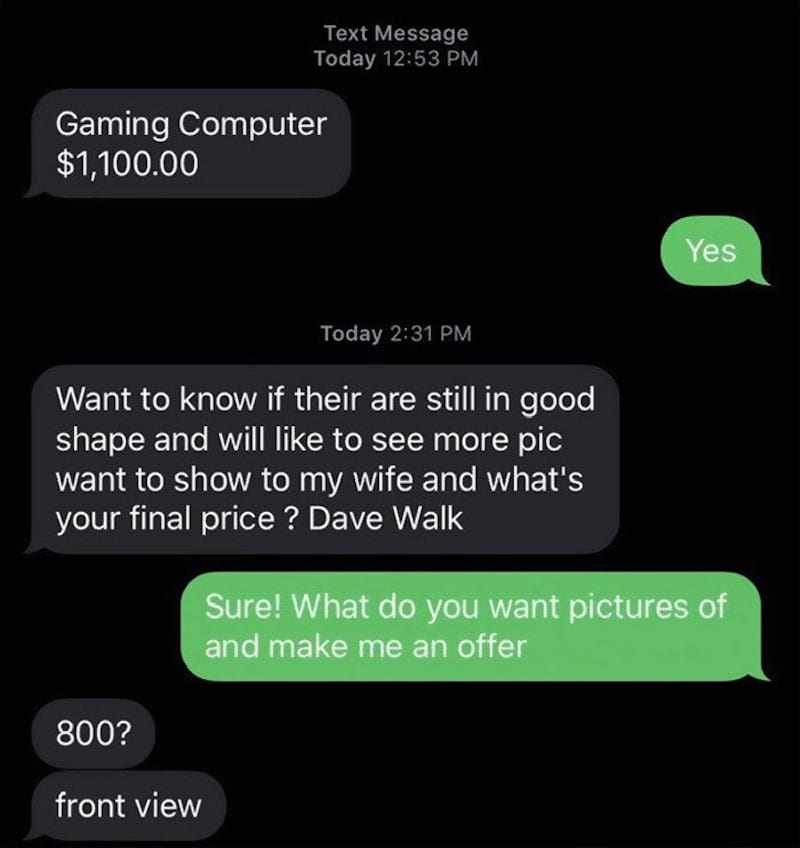 When the man asked for pictures, Xander’s radar went off, as they were already in the ad, but he obliged. 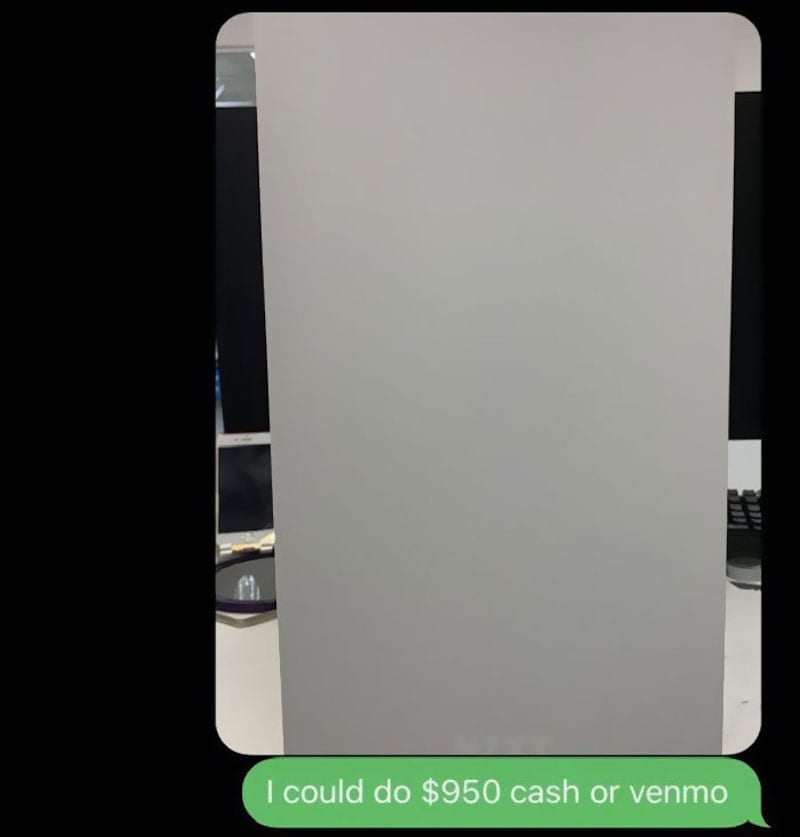 The man tried to lowball him, and said he couldn’t offer cash. He also came up with seemingly unrelated excuses as to why. 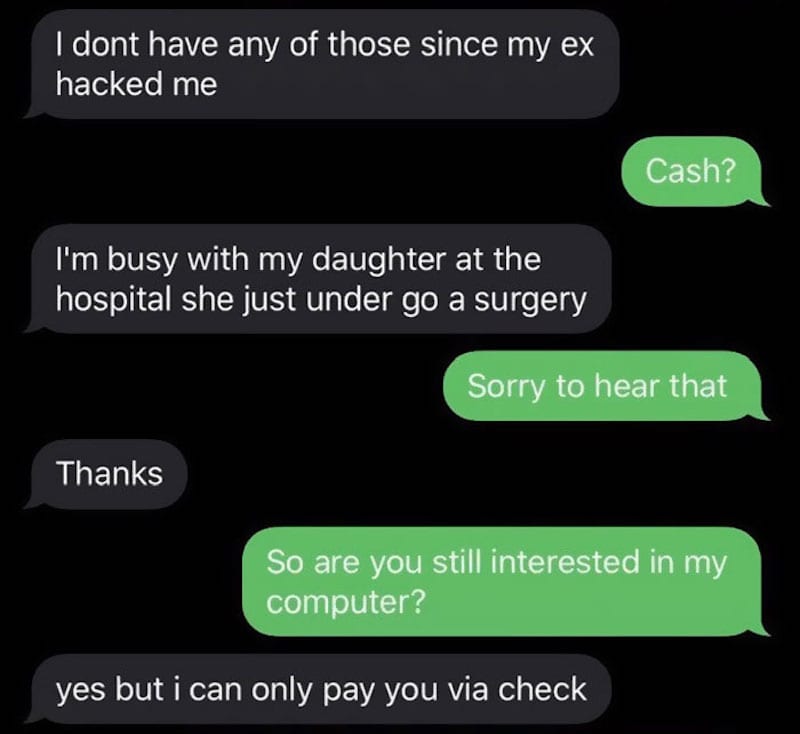 At this point, Xander was sure he was being had. He offered the computer for free, as long as he could have one thing in return. 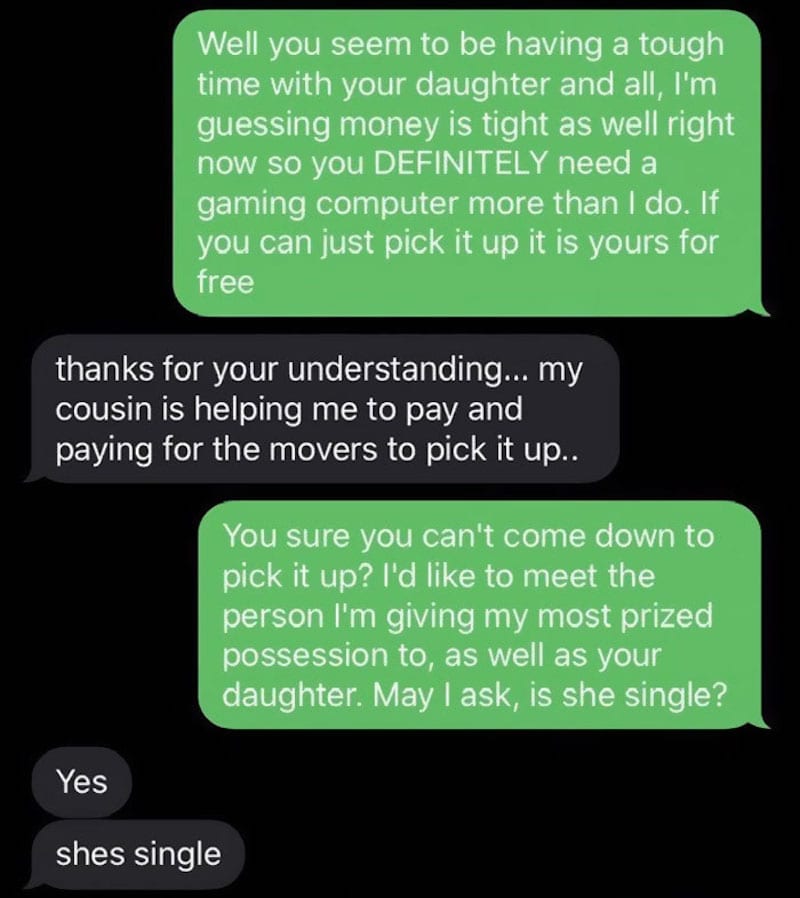 The man sent a picture of his alleged daughter. Needless to say, she wasn’t looking her best in the photo. He then asked for the unexpected. 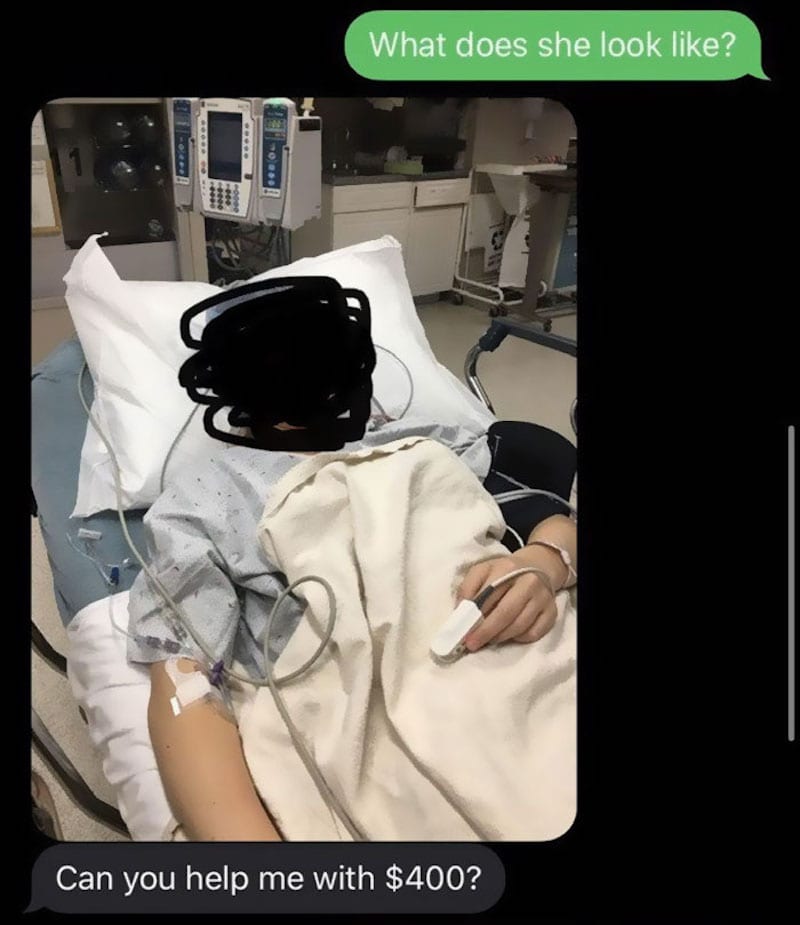 Xander one-upped the man and asked for her hand. 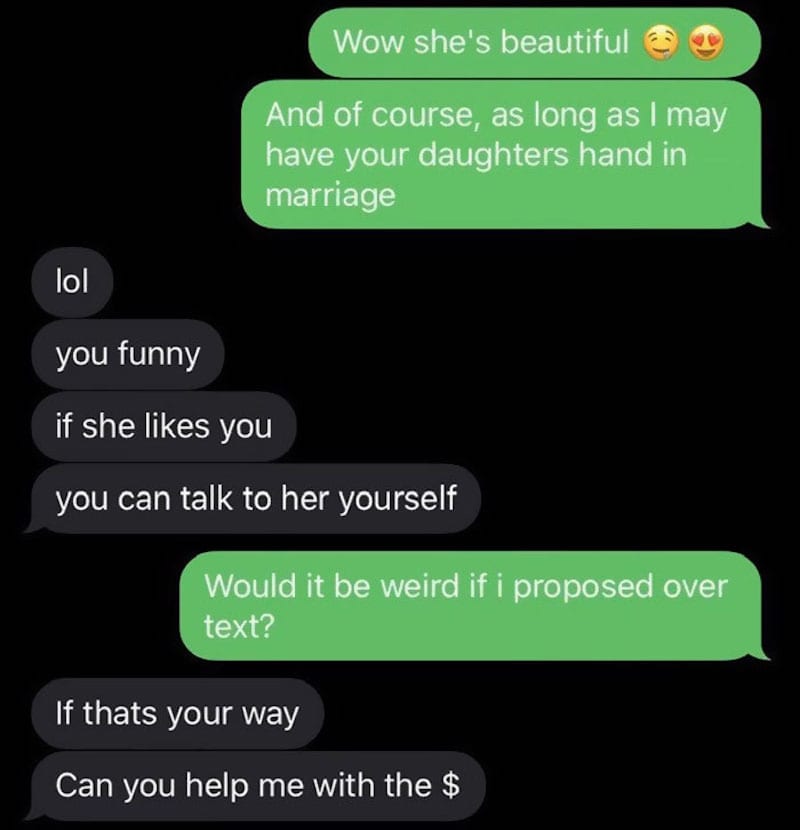 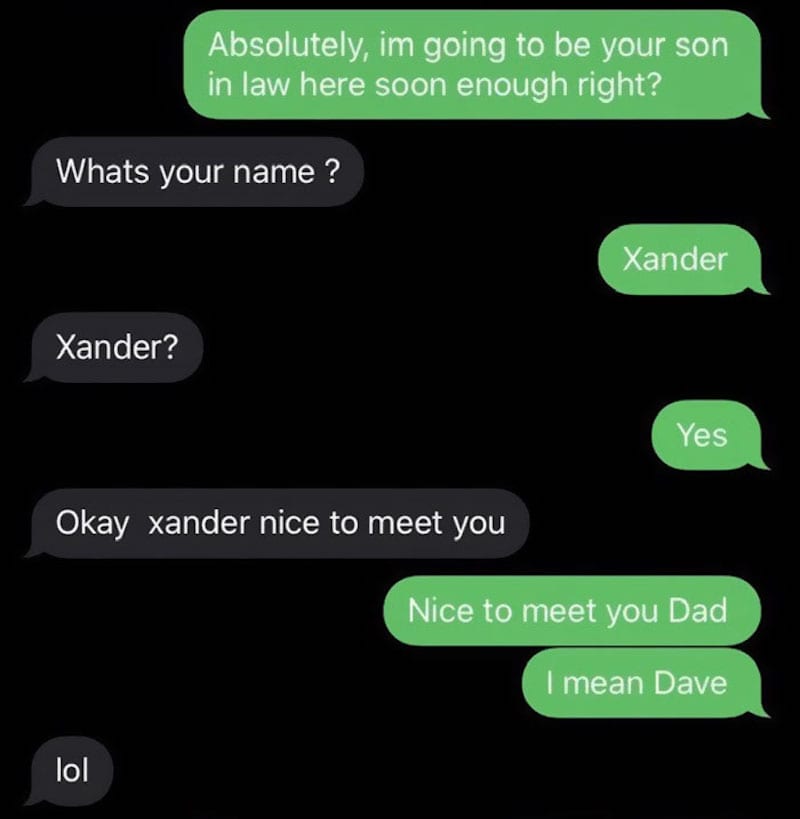 And the conversation went full circle. Xander said he believes the scammer thought the dialogue was humorous as well. 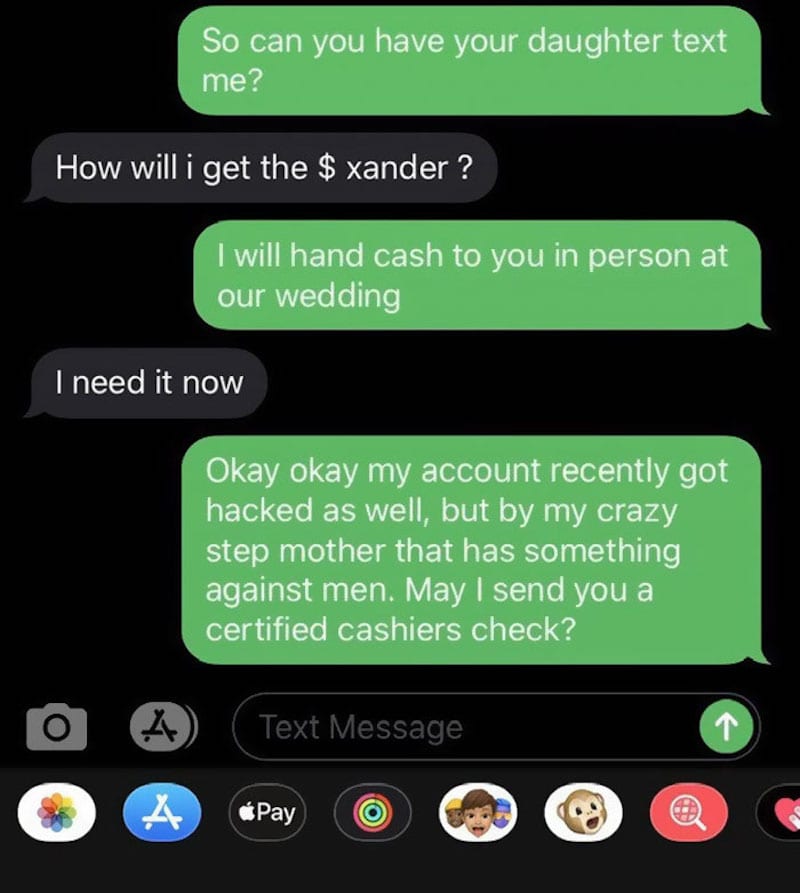 Readers thought something was off as the scammer’s command of the English language was suspect. 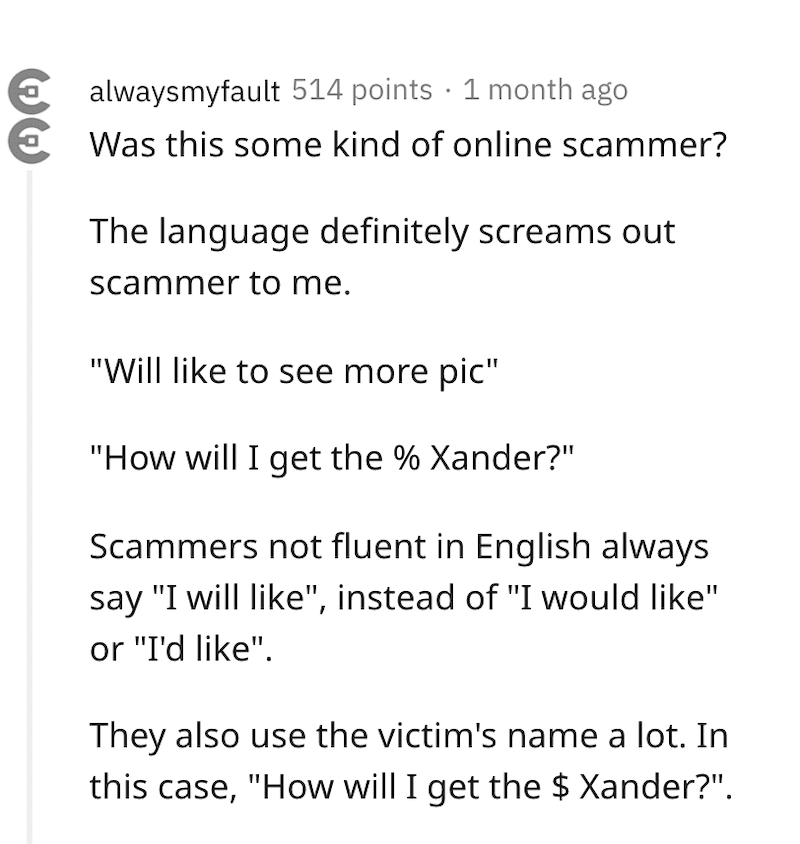 And when he mentioned his “cousin” coming to pick up the computer, that sealed the deal for some people, too. 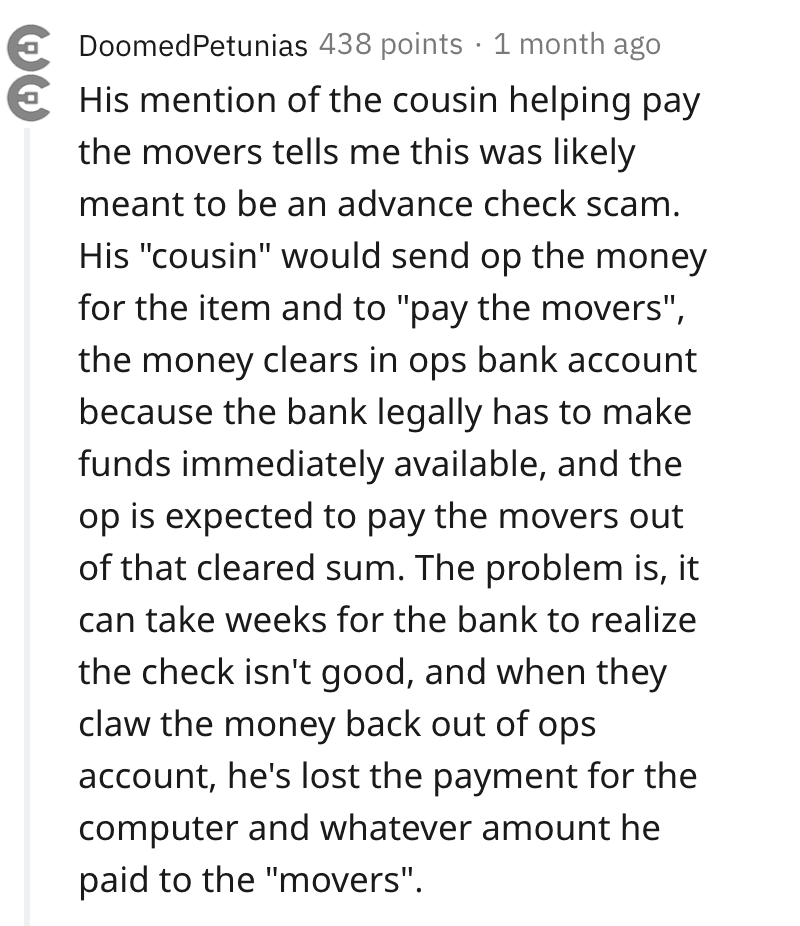 While others were shocked that he would sell his “daughter” for a paltry $400.

According to Xander, the gaming PC is still for sale. Of course, he has proven he knows what to do if someone tries to scam him ever again.

Have you ever been scammed online? Let us know in the comments below!