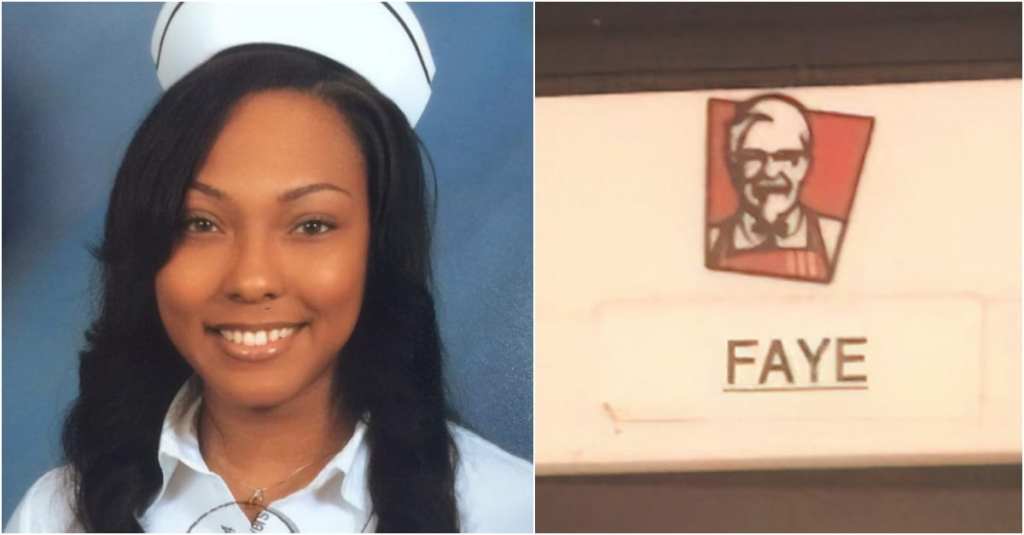 Not too long ago, when Faye Lewis was pursuing her Doctorate degree to become a nurse practitioner, she went through her old work badges from jobs past and had a long talk with her mom about the struggle of juggling life as a single mom and going to school.

She decided to share photos of her old work badges on Facebook to give herself a little extra push of inspiration and her posts quickly went viral. Lewis said, “I just needed to remind myself how far I’ve come. I never in a million years would think it would also motivate other people to go for what they want.”

She got her first job at Kentucky Fried Chicken at the age of 16. She went away to college and continued to work at KFC but received two B’s in classes and was rejected from nursing school. In 2010, she also gave birth to her son AJ. 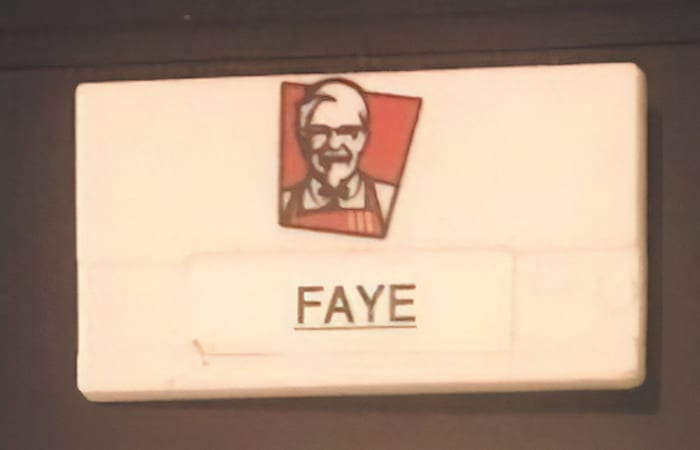 Lewis was eventually promoted to manager, but she never gave up her dream of becoming a nurse. 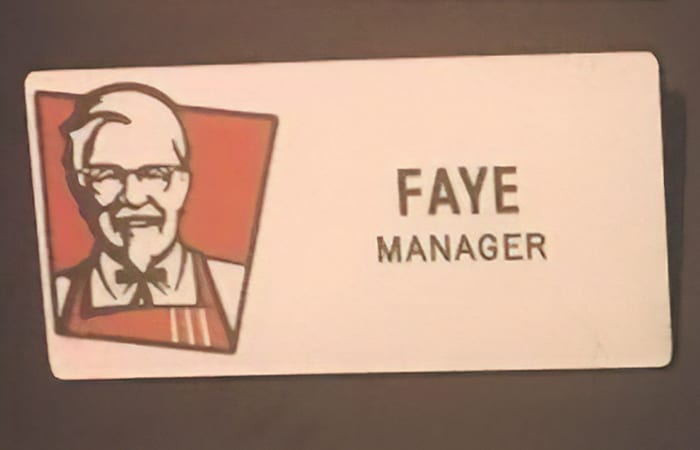 She also took a job as a housekeeper. 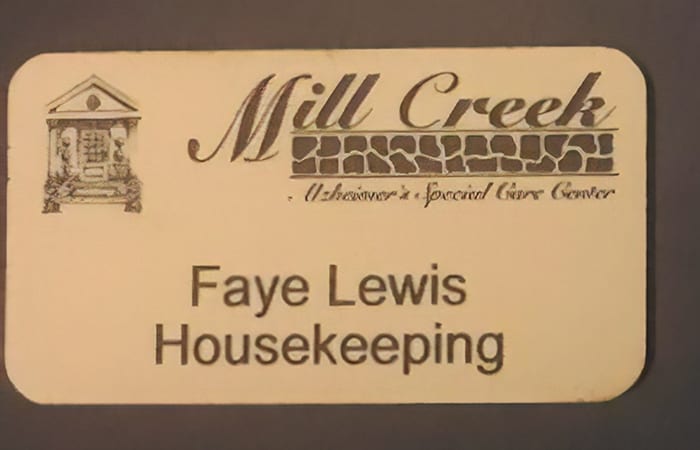 Lewis continued to work toward her dream, completed her certified nursing assistant training and began working at a medical center. 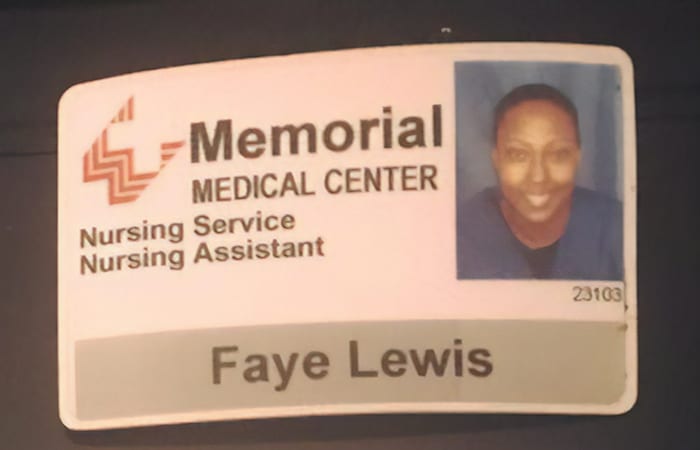 She then decided to pursue her Associate’s degree in Nursing. While in nursing school, tragedy struck her family.

Her father and three cousins were killed in a house fire.

Lewis said, “When I heard the news, I dropped to my knees. My mom made it out alive just by a miracle of God. I had a supportive family and I knew my Dad wouldn’t want me to quit.” 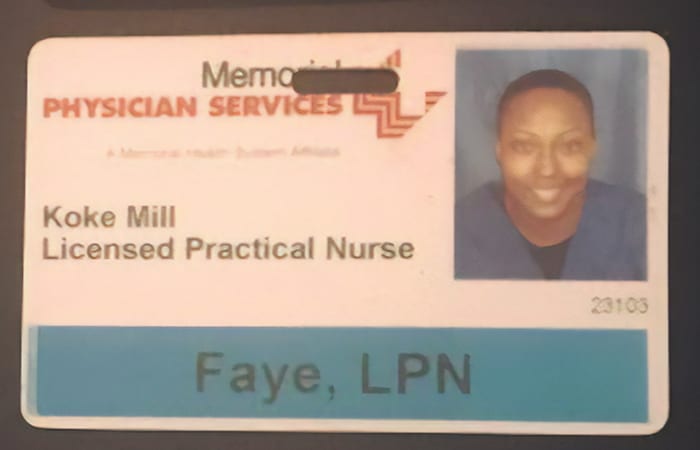 Lewis worked as an LPN during the day, at KFC at night, was raising her son, and was continuing her education all at the same time. 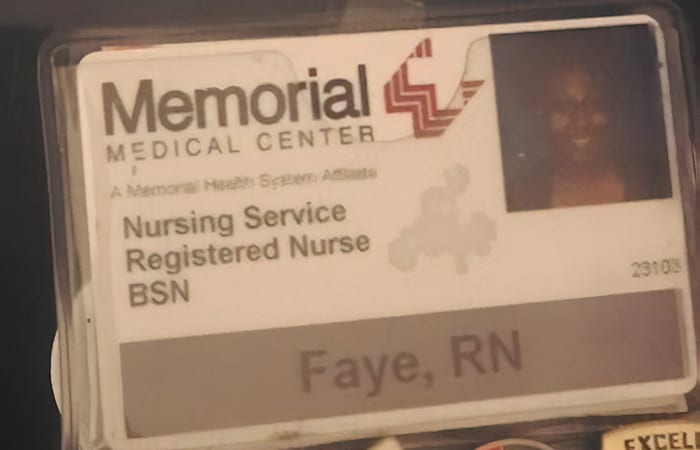 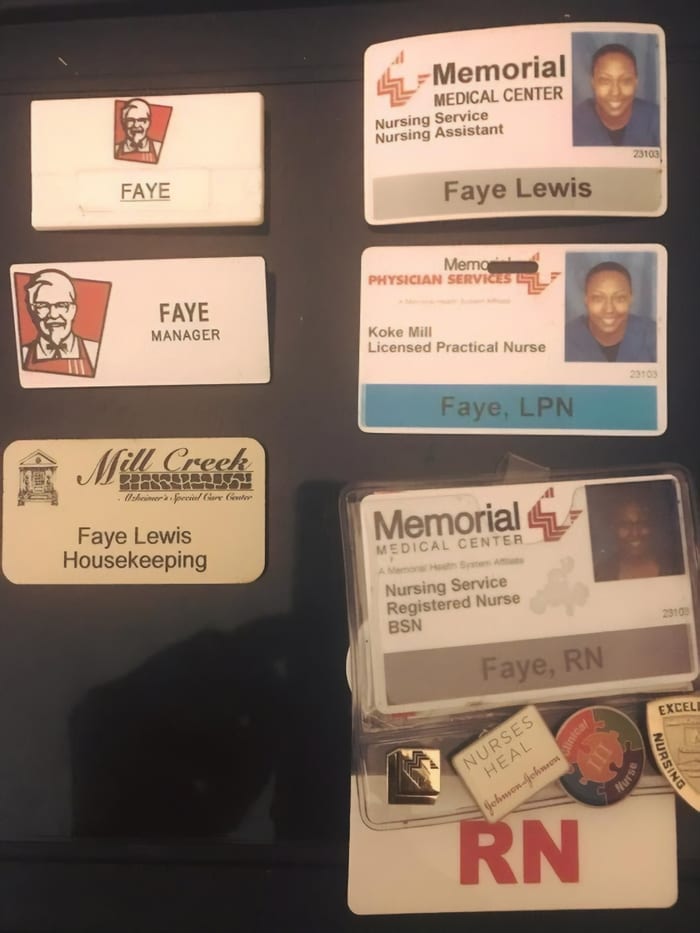 Today, Lewis is working toward her Doctorate.

Lewis has advice about the adversity she faced: “Keep trying. Never give up and stay positive through all of it.” 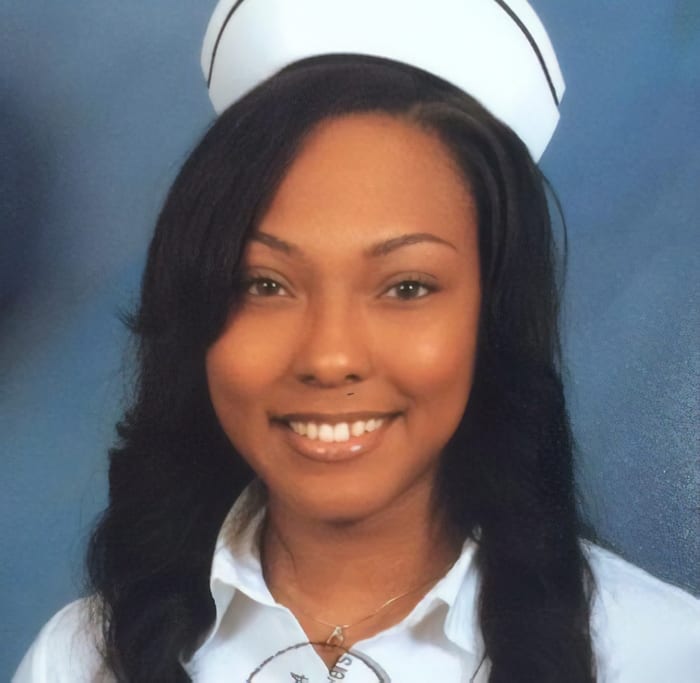 And let this be a lesson to all of us: never give up and keep moving forward, even when things seem like they’ll never get better.