Owning a pet is a lot of things – frustrating, joyful, hilarious, challenging, and rewarding, to name a few – but at its core, our animals are a huge responsibility. It begins with things like housebreaking, training, and bonding, and for a lot of people, being there to make sure they’re comfortable at the end is included in the list of things that must be done, no matter how hard.

My first dog died almost a year ago, and as he declined in age and health, one of my biggest fears was not being with him when he went. We were best friends for fifteen years; he didn’t trust or love or need anyone the way that he needed me. After everything, how could I leave him to face those final moments alone? 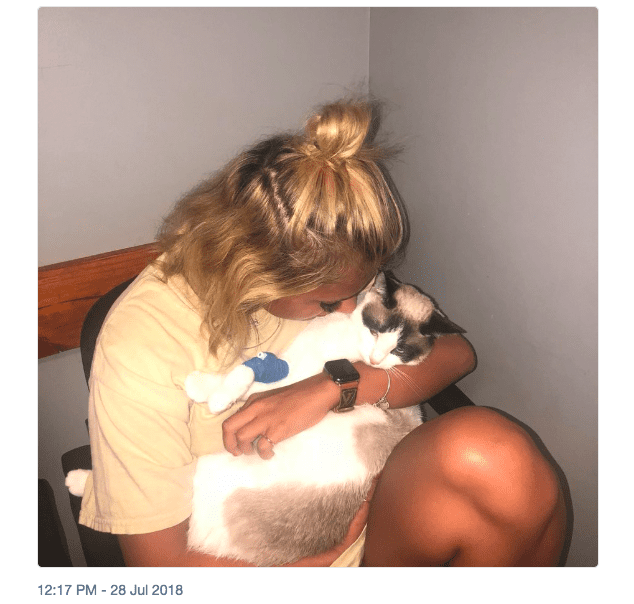 Luckily (in that aspect, anyway) I was the one to recognize when he was ready to go and to take him to that final appointment. It was one of the hardest days of my life, but I am comforted to know that I didn’t let him down in the end. 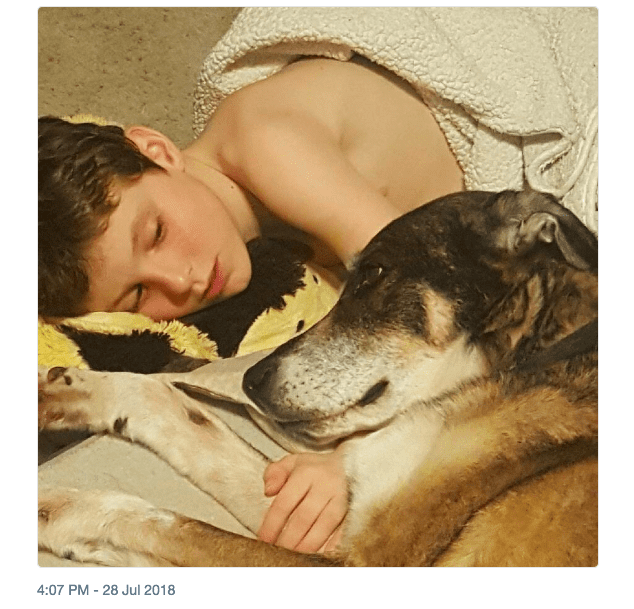 So, it’s hard for me to believe that there are people who love their pets but opt to leave them alone to die with their vet and staff instead of being in the room. My personal feelings are backed up by not one, but two different vets who have had posts go viral on the very topic – this one on Facebook… 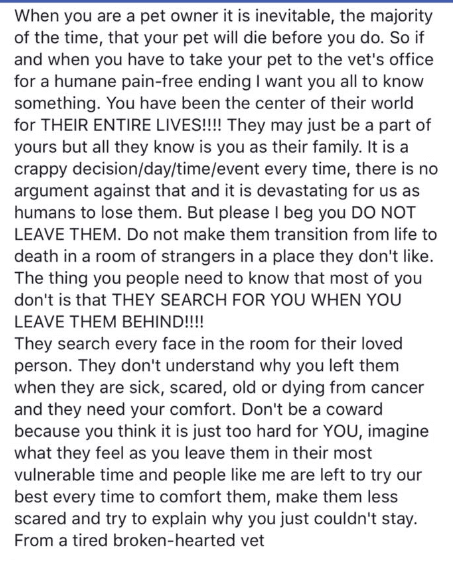 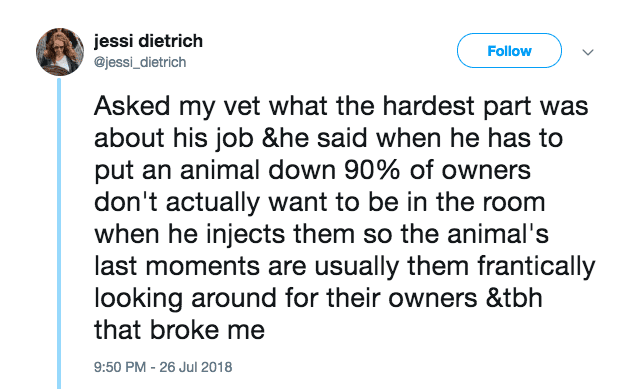 I don’t want to believe that 90% of people leave their pet to face their final moments alone, but if it’s true, maybe these vets – and the sweet owners who posted in response – will change some hearts and minds.