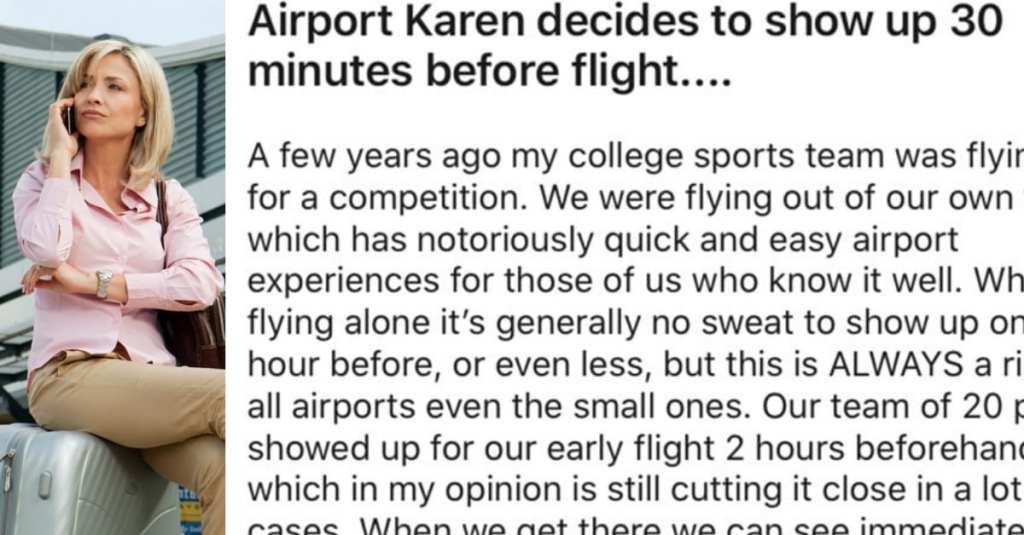 Airport ‘Karen’ Freaks Out and Learns a Valuable Lesson

They seem to be all around us—demanding to speak to managers and causing problems everywhere, from grocery stores to restaurants and everything in between, even airports.But Karens have existed for a long time.

This man tells the story of one such woman he encountered a few years ago while waiting to board a flight. She completely lost it when she believed she was missing out on her TSA pre-check. His tale shows the value of treating everyone around you with kindness and respect, and they, in turn, will be more than willing to lend a helping hand. 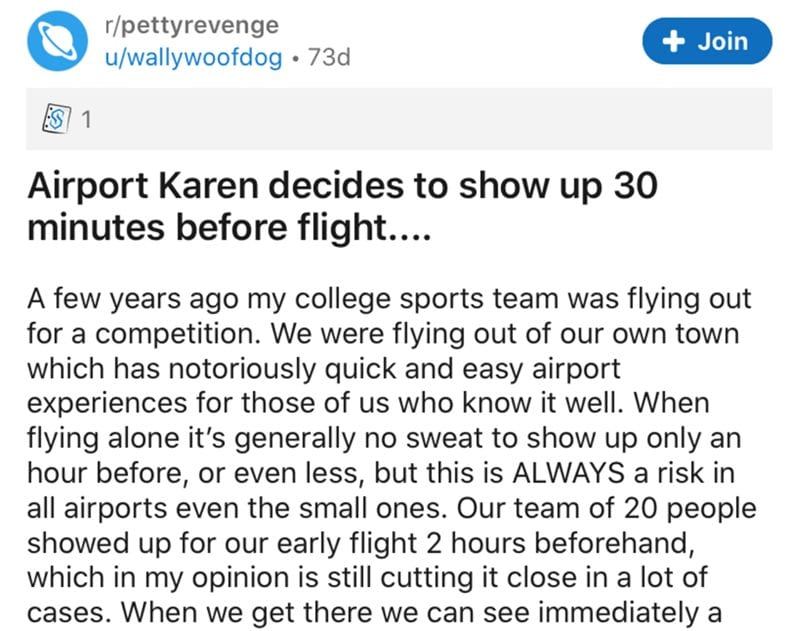 Anyone who’s ever been in an airport knows to expect the unexpected and that showing up on time is paramount to a relaxing and safe trip.

There’s almost always a long line, especially at the TSA checkpoint; if you don’t account for it, you may miss your flight. 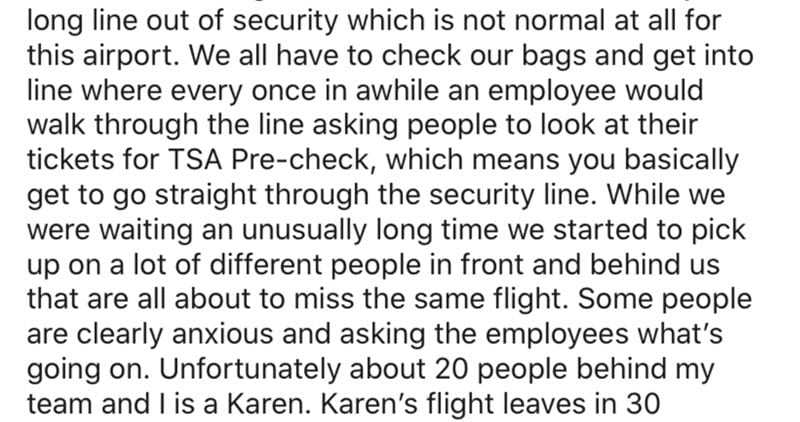 For the woman in question, missing her flight would not stand, and she let everyone around her, including airport employees, know this.

As she pushed her way to the front, the man and his teammates devised a plan.

They helped people who were on the same flight that she was on by letting them pass their group in line, but she received a different answer entirely.

It turns out she didn’t have to make such a fuss after all.

By doing so, the responsibility for potentially missing her flight was all on her. In other words, it always pays to be kind. 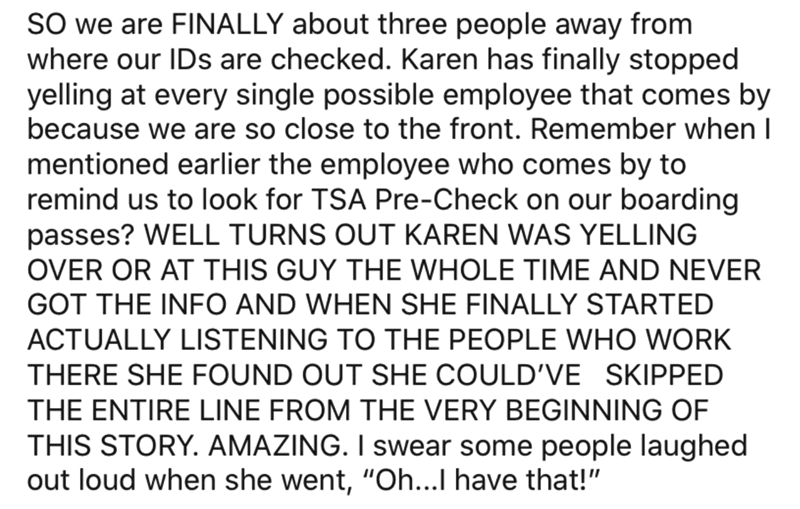 Have you ever run into someone who learned their lesson from being impatient or rude.