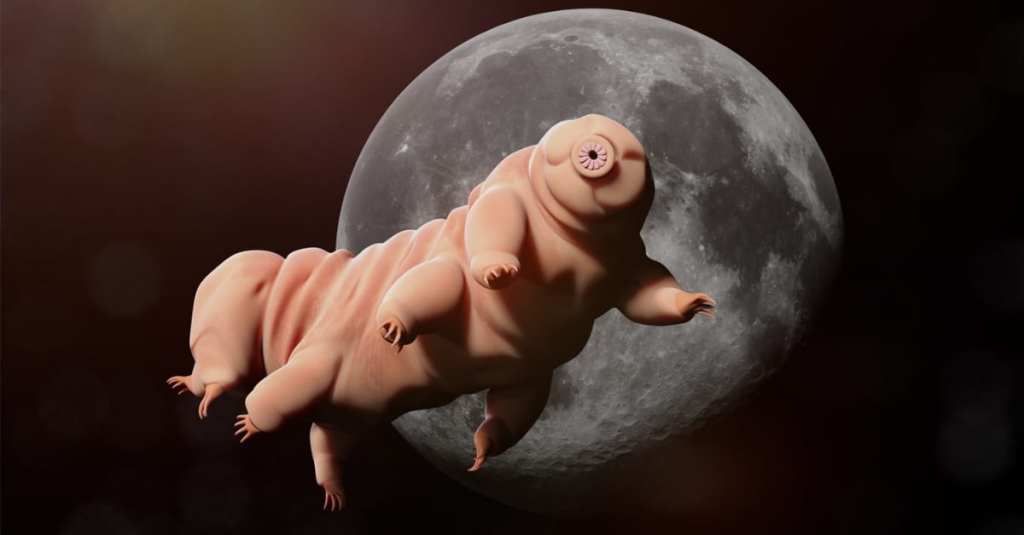 An Israeli Lunar Lander Accidentally Spilled Tardigrades on the Moon

Everybody makes mistakes. Everybody has those days. But not all mistakes are made equal, especially when you’re talking about the space industry.

In a major faux pas, this Israeli lunar spilled tardigrades on the Moon after crash landing on the surface. While it’s definitely a plus that no human lives were lost, a crashed lander means about $100 million US dollars down the drain.

That’s pretty cost-effective as far as most landers go, but any spacecraft biting the dust stings… especially if it’s carrying an adorable pack of water bears.

Beresheet was all set to become the first private spacecraft to touch the lunar surface. Moments before the lander was about to reach the ground, mission control lost all contact.

Soon after, Beresheet failed and crash landed into the Moon. The spacecraft was developed as part of the Arch Mission Foundation’s goal of developing a “backup Earth.”

As such, it carried many experiments within it, like human DNA samples, a lunar library, and – of course- those tardigrades.

Don’t start worrying about those water bears just yet. Tardigrades are one of the most resilient species from planet Earth. They’re able to survive the toughest living conditions, including the dark, cold, oxygen-less void of space.

These water bears have likely entered a dormant state that allows them to basically turn themselves into hibernating shells of themselves. Researchers have revived tardigrades up to ten years after they’ve entered this state, so it’s possible those displaced water bears might turn out just fine.

Still, that’s not to say that it wouldn’t be difficult. Now that the water bears are let loose on the Moon, it might take a while to find all of those microscopic creatures. Not that a challenge ever deterred space folks from trying anything.

So, it’s official. There are water bears on the Moon. Soon, some of those Artemis astronauts might join them. Who knows, maybe they could form their own joint tardigrade-human community!

What are your thoughts on the Beresheet crash? Share your response with us in the comments!