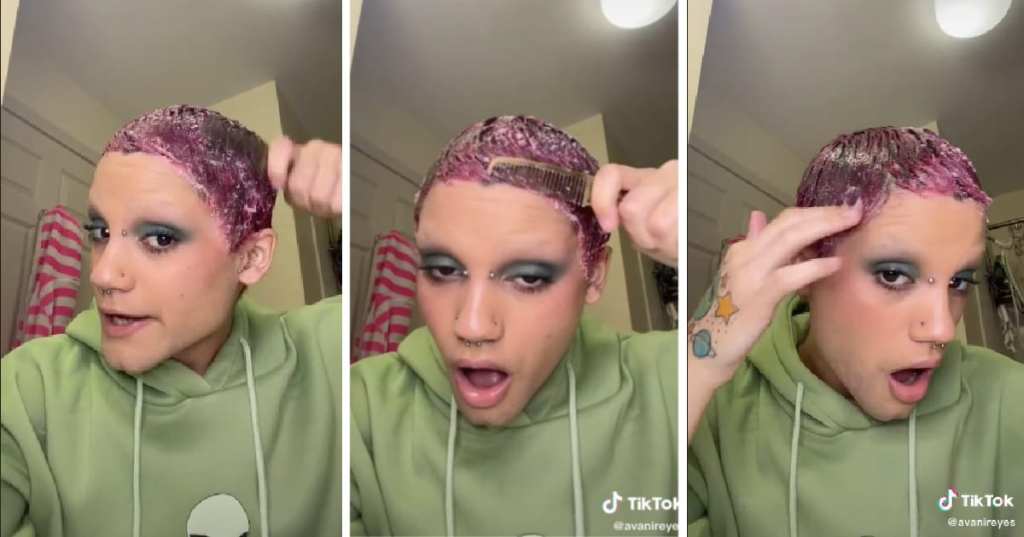 I don’t see how anyone who has ever used Gorilla Glue could think it was a good idea to put it near any single part of their body, never mind their hair. I hate when it gets on my fingers, which is sometimes unavoidable, but my hair?

I would assume that shaving my head was the only logical response.

Apparently, though, this trend has happened more than once on TikTok, and despite disastrous results, people are still trying it themselves.

The original unfortunate soul was Tessica Brown, who used a spray made with Gorilla Glue on her hair. Her ‘do got stuck for more than a month, but it turned out this wasn’t exactly a cautionary tale for everyone.

Recently, TikTok-er Avani Reyes glued her own hair, and seemed, idk, surprised? When the hair refused to yield to a comb.

After the glue refused to come off with coconut oil and several washings, Reyes said it began to burn and she went to seek medical attention.

“I’m on my way to the hospital right now, my scalp is burning.

I need to go to the hospital so they can remove this Gorilla Glue.

I have no idea what to do. I tried washing it, it doesn’t come off.”

At the hospital they had few suggestions and no way to really help. They suggested perhaps she try tea tree oil or olive oil to attempt to remove it.

After Reyes set up a GoFundMe page to raise funds for a potential surgery (hair surgery?) to remove the glue, people began to question why she had done it in the first place.

Though Reyes claimed it was an accident, many others on the app called her out for trying to get followers and likes with the stunt, after what had happened to Tessica.

Reyes did raise the money she needed to go to Los Angeles, where she plans to get help from the same specialist that helped Tessica Brown eventually become glue-free up top.

I don’t know, y’all. I think I would just shave my head. Hair will grow back, right?

I for sure wouldn’t be giving anyone money because they were dumb enough to put glue in their hair.

Am I being too harsh? Do you really think this could have been an accident?

Sound off down in the comments!