Area 51 Has Nothing to Do with Aliens, Probably.

It seems silly to say, but Area 51 has nothing to do with aliens…as far as we know. Given what we do know though, it’s a pretty good bet that nothing extraterrestrial is hanging out in Nevada.

Maybe you’ve heard the story of the 1947 Roswell, NM crash, one of hundreds of incidents that led to long-running rumors of government/alien activity – rumors that eventually ended up focused in on Area 51, the secret government facility in the middle of the Mojave desert. Fueling the rumors, which were rampant in 1947, the military responded to the crash by sending out Major Jesse Marcel to collect the the remains of the vehicle, and he released a statement to the local paper: “The intelligence office of the 509th Bombardment Group at Roswell Army Air Field announced at noon today, that the field has come into the possession of a Flying Saucer.”

The next day, the government put out a different statement, that it was actually the remains of a weather balloon that had been discovered.

Astonishingly, it was a better move for the military to admit to having an alien spacecraft than for the Russians to get an idea of what they were really working on – Project Mogul (which actually did involve high-altitude balloons surveilling the Soviets). But though they walked it back, the government had admitted it: there were aliens among us.

First of all, the Roswell incident happened well before the official establishment of Area 51 – in 1947, the isolated site was called Groom Lake and had most recently been a WWII aerial gunnery range. There was nothing top secret going on there…yet.

Now, we cannot say with absolute certainty that there are no aliens at Area 51, but we can lay out some of the things that were (and still are) there. Though the US government didn’t actually admit the existence of Area 51 until 2013, in the past few decades there has been movement towards declassifying more and more documents pertaining to activities on the base – at least, from the Cold War era.

So what were they doing there? Well, primarily military testing, with a focus on airplanes. 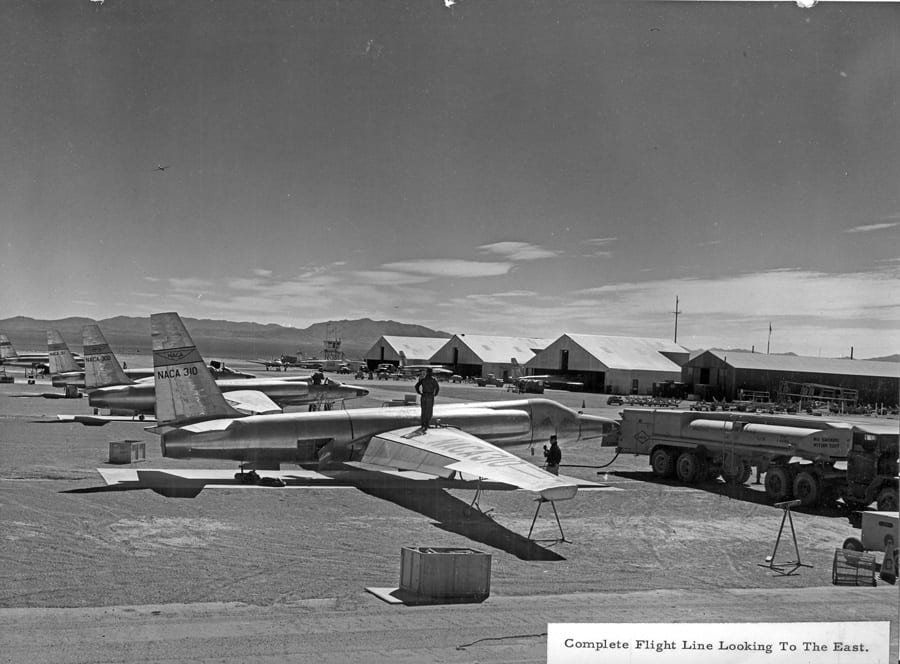 Planes and drones are so ubiquitous nowadays that it is easy to forget exactly how far the technology has come in so little time – but in the mid-20th century, advancing aerial stealth and reconnaissance technology was considered absolutely critical to national safety. In 1954, President Eisenhower signed his approval to a secret program focused on the development of a next-generation spy plane (reconnaissance aircraft), which would eventually be called the U-2. In fact, the development of the U-2 was the primary reason that Area 51 was founded at all. The government needed someplace very far away from prying eyes, and they found it in Groom Lake, a middle-of-nowhere spot in Nevada that had the advantage of being by the edge of the Atomic Energy Commission’s Nevada Proving Ground (the Atomic Energy Commission was the government agency that managed the United States’ post WWII nuclear development and testing for several decades). 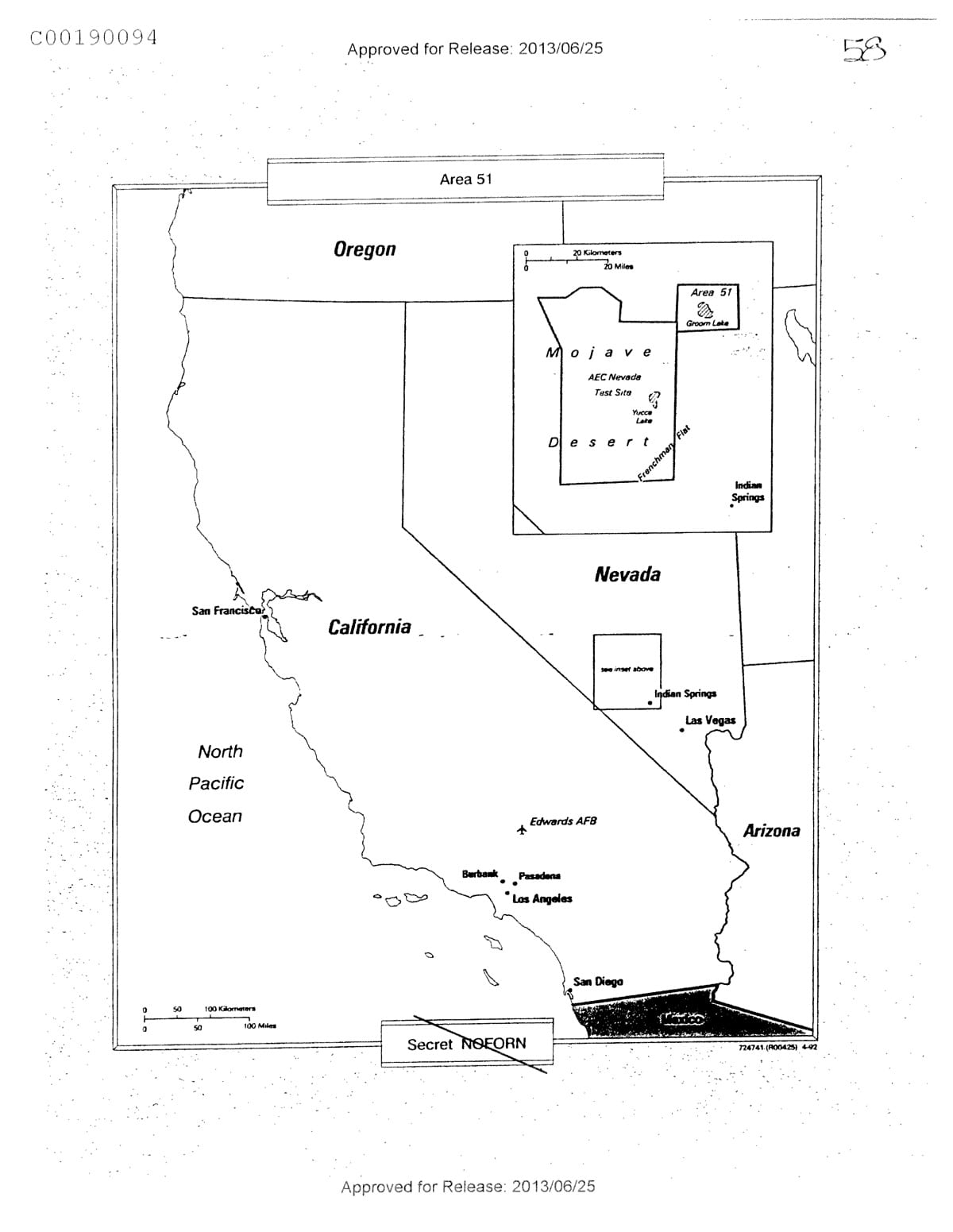 A declassified map of Area 51 from the CIA
Photo Credit: CIA

The base was given the name Area 51 because it was literally designated that way on a map.

The base spent the next few years testing the high-altitude U-2 spy planes – and shortly after the first test flights of the plane in 1955, rumors of alien activity exploded. The important bit here is “high-altitude”. In the mid-20th century, commercial planes flew much lower than they do now – below 20,000 feet. And nothing that anyone knew about could fly above 40,000 feet, which meant that anyone who spotted one of these top secret military reconnaissance aircraft shooting by at 60,000 feet had no context for what it could be. So – ALIENS! 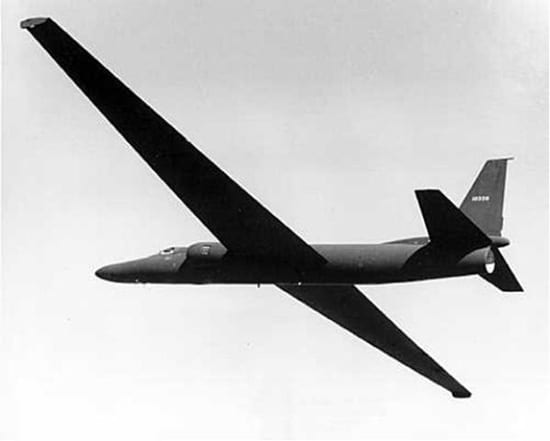 Now, remember, UFO does not mean ‘aliens!’. It just means ‘unidentified flying object’. And that’s exactly what these planes were to the general public.  Of course, the military knew exactly what people were seeing, but they were unable to tell them. So they made up some stuff about weather balloons and atmospheric phenomena. 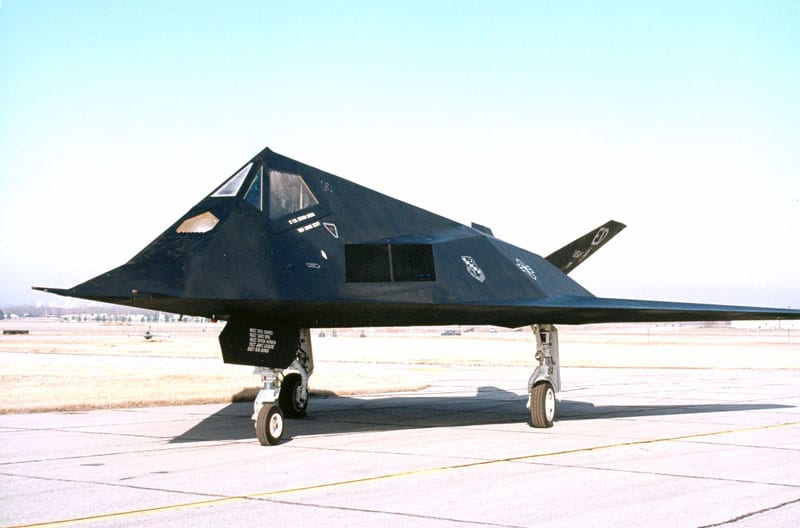 An F-117, a stealth aircraft developed in the 70s and believed to have been tested at Area 51
Photo Credit: National Museum of the United States Air Force

The U-2 planes only flew for a few years, but Area 51 continued to play a major part in research, development and testing of other stealth aircraft, well into the late 20th century (at least) – including the OXCART (aka SR-71, or Blackbird). The also worked on other militarily significant technology; they performed nuclear bomb tests and rocket engine tests. Beginning in the 1970s, when Area 51 was handed off from the CIA to the Air Force, they focused in on other, less explosive (but no less significant) systems like radar detection and avoidance. Area 51 also had significant experience with a crucial element of the Cold War arms race – reverse engineering enemy equipment, including Soviet MiG fighter jets. In order to make sure we could beat the Soviets, we had to know what they were capable of, and Area 51 helped the military find out. 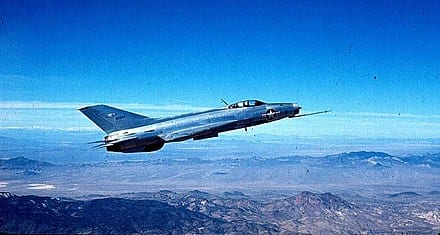 A Soviet MiG-21 aircraft being flown by the US Air Force in 1968
Photo Credit: Public Domain

In fact, as recently as 2017 an Air Force pilot died under mysterious circumstances while flying in the Nevada desert, and it seems he may have been flying a covertly obtained, foreign fighter jet. While Area 51 had nothing to do with the incident, officially (like we said, there’s not much officially known about its modern activities), the pilot was flying in the Nevada Test and Training Range, and Area 51 is inside of the NTTR.

The information the government has declassified is heavily focused on historical actions taken at the base, since it is still an active top secret military base. But though we may not know exactly what’s going on there these days, we can certainly extrapolate from what’s happened in the past. And what have we never heard anything about, from any of the various sources (not all governmental) who have told the story of Area 51? 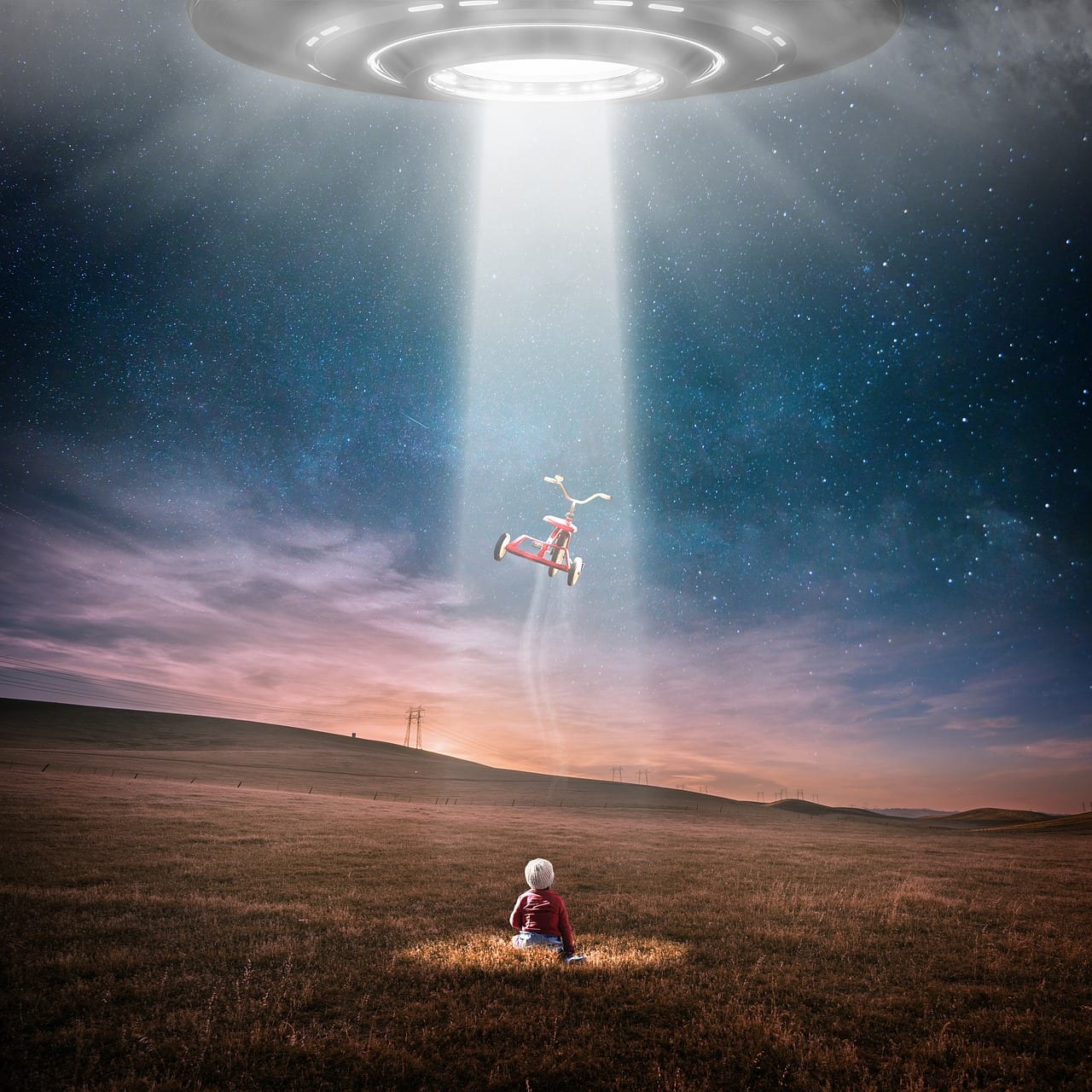 But there is some hope, for you alien-lovers our there! According to an anonymous source cited in Annie Jacobsen’s 2011 book Area 51, “[The public doesn’t] know the half of it.”

And maybe we never will.