There have been a lot (like, a lot) of actors who’ve donned the red and blue bodysuit to play teen-turned-superhero Peter Parker (aka Spider-Man). I would argue that this anonymous bank worker from Sao Paolo, Brazil, wears it with just as much panache.

What’s more, he’s got the comedic timing down, as is evident by how he showed it off on his last day of work. 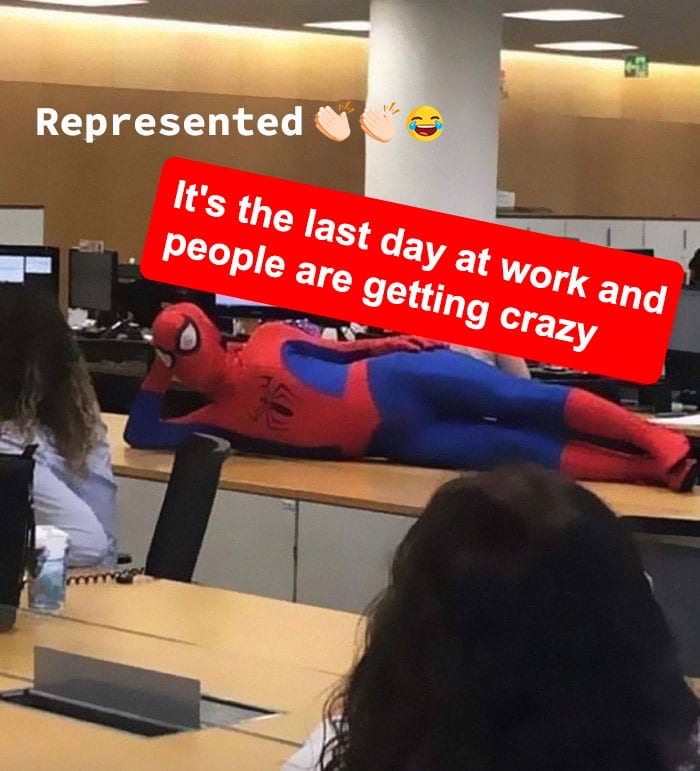 Is it good or bad that he worked in the analysis department of a bank and therefore saw no customers in “uniform?” 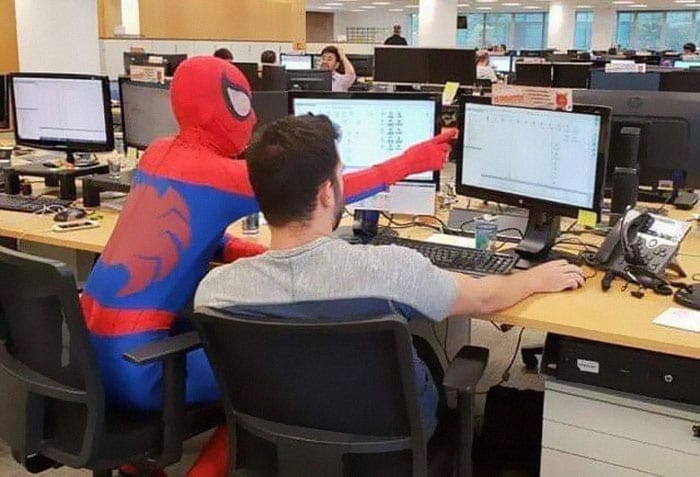 I suppose it depends on who you ask. 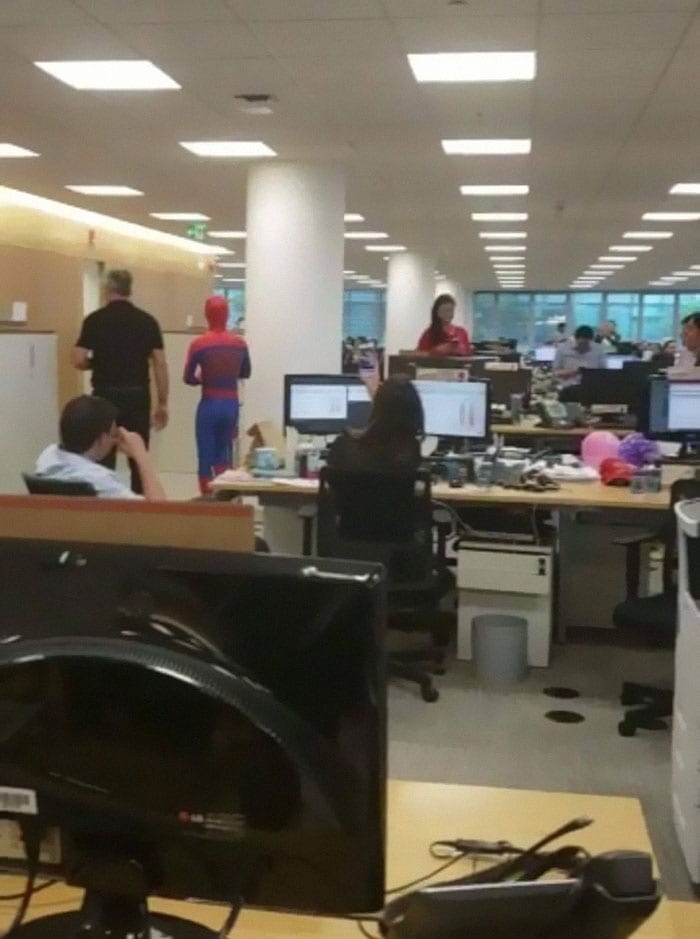 His fellow employees obviously enjoyed the prank, and one of them Instagrammed the picture-perfect moment saying: “Last day of work and this person is driving the boss mad.” 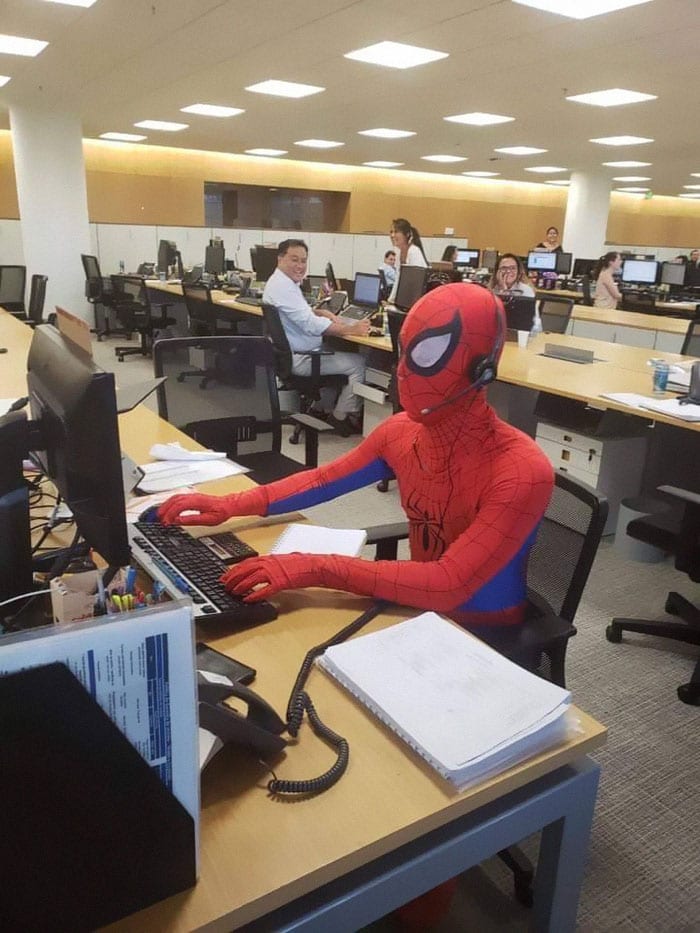 Overall, everyone else was pleased he decided to show up for his last day in full Spiderman regalia. Especially since he handed out candy as part of his schtick — which perhaps makes him the best Spider-Man ever.

If you’re leaving your job and have no need of a recommendation or referral in the future, then, I mean, why not go out with a bang?

I, for one, salute you, sir. I just hope there were no encounters with actual radioactive spiders to make this day possible.