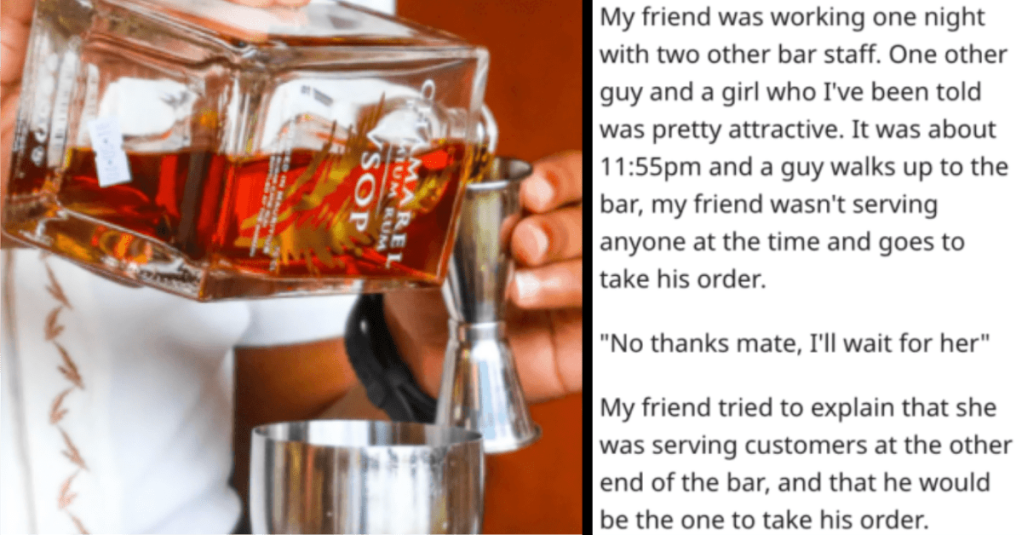 The saying goes that beggars can’t be choosers. Time and time again, life proves to use that some people will always try to be just that – choosy beggars.

This bartender in the UK came across one such person who only wanted to be served by the attractive woman on staff. Here’s how it all went down.

This is already starting off on a shaky note.

There are just so many levels of creepy at work here.

I’d understand if this guy was a regular and had built up a working relationship with her – but he’s a total random.

Plus, it’s common knowledge that you just give your order to the first person that helps you. Moments like this are both annoying and uncomfortable.

Thankfully, the two other bartenders on duty came up with a swift way of serving poetic justice to this entitled dude.

They decided to give him exactly what he wanted and let him deal with the consequences.

Unfortunately, these scenarios happen way too often to people working in food service.

Other folks on the web quickly chimed in on the thread and shared their own creepy customer stories. 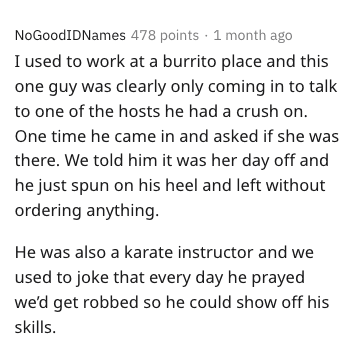 This is both bizarre and sort of threatening to the people working at that burrito place. 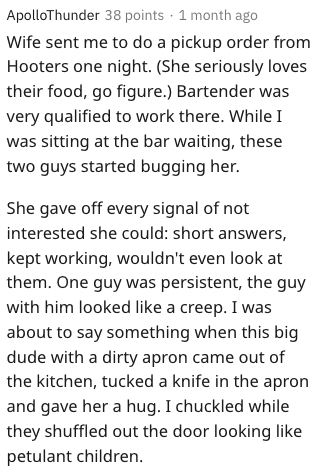 Now, this is an expert move from that guy working in the kitchen. 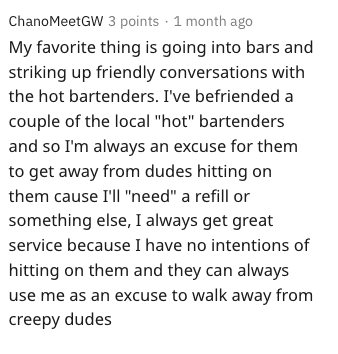 Here’s a crash course on how to actually talk to a bartender without being strange. As it turns out, all you have to do is treat them like a human being. What a surprise!

At the end of the day, the joke’s on these entitled customers. After all, the bar totally has the right to refuse to serve them. Then they’d be sh*t out of luck.

What’s the craziest thing you’ve seen happen at a bar? Share your story with us in the comments below!