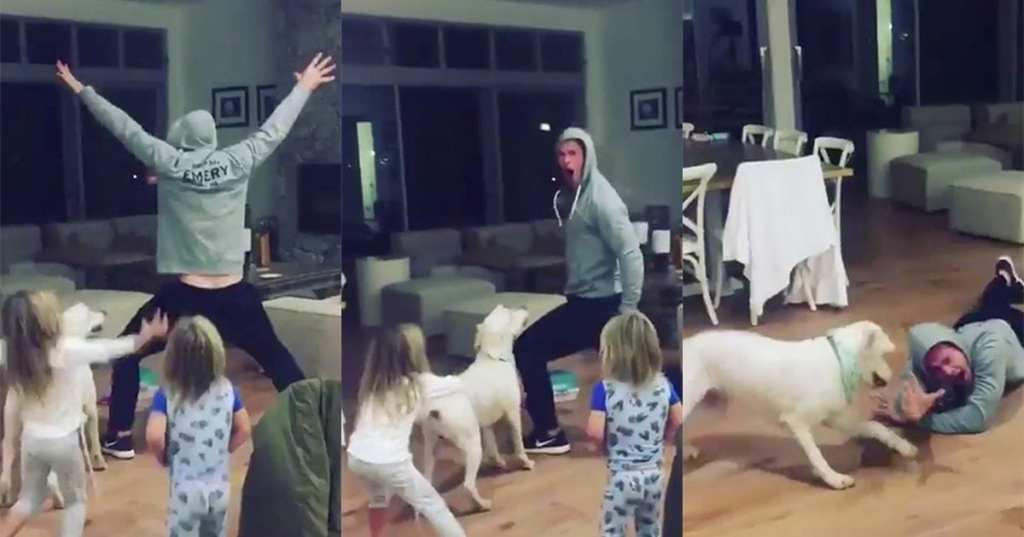 Avengers: Infinity War star Chris Hemsworth “wrecked” the internet after posting a video to Twitter of himself, his kids, and their dog dancing to Miley Cyrus’s “Wrecking Ball”.

Hemsworth might be a hunky Hollywood movie star, but he’s also a dad… and dads never change. It doesn’t matter how many blockbusters you’ve starred in or magazine photo shoots you’ve done, dads are still going to dance embarrassingly in the middle of the living room to their kids’ favorite song. It’s just in their DNA.

So many things about this video are great: the smiles on his kids’ faces, the family dog going crazy, but best of all is the fact that Chris Hemsworth is obviously just a down-to-earth dad.

That Miley wrote this song about her ex-fiancé/his brother Liam Hemsworth just makes the whole thing even more entertaining.

What started as a ground breaking music video ended in a savage attack by a cowardly K9. Never work with Kids or Animals. #wreckingball #wreckingdog #daddydaycare #murderonthedancefloor @mileycyrus @liamhemsworth pic.twitter.com/1xuNLd3xdQ

It wasn’t long before the internet started responding, including Miley herself:

But everyone knows who really stole the show:

In case the Avengers weren’t awesome enough already, they also got matching tattoos.

The Avengers Got Matching Tattoos and It’s Actually Really Sweet.