College exams are horrifying. I graduated from college in 2001, and I still have nightmares that I’m late or unprepared for a huge final. For some reason that fear never subsides, and this story brought it all back again. Yikes! A University of Texas student named Ann Mark decided to share her horrible final exam experience on Twitter.

Mark then continued Tweeting to try to get in touch with various people on campus who helped her throughout the day. 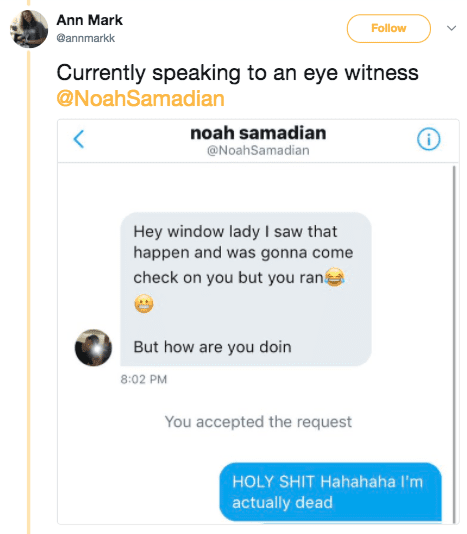 And other people shared their similar awful experiences and offered encouragement.

And the President of the University of Texas even joined in the conversation.

And then this guy perfectly summed up the whole situation.