If conjoined twins Daisy and Violet Hilton were born in England or the United States today, doctors believe they would have been easily separated not long after birth.

The girls were connected at the hips and buttocks and shared only blood circulation and no organs. 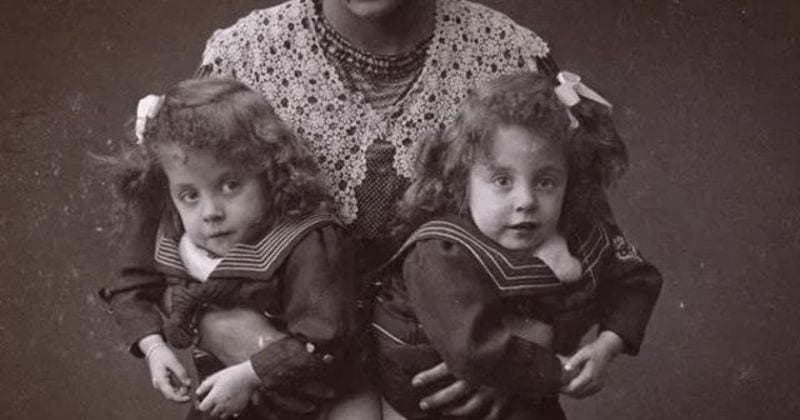 As it happened, the unfortunate girls were born in the early 1900s, and spent a lifetime as “freaks” who were exploited by their various guardians for profit alone.

The doctor who delivered them expected them to live less than a month, and they were quickly forsaken by their single mother who believed that these “monsters” were a punishment for her own sins. She sold the girls to her employer, a woman named Mary Hilton, who the twins later referred to as Auntie. 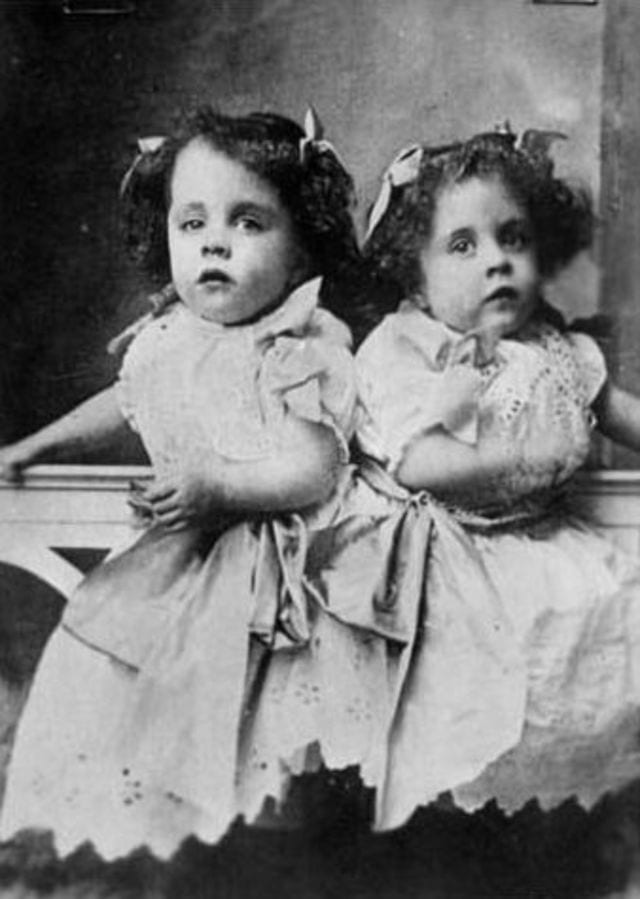 Auntie owned a pub and wasted no time monetizing her new acquisitions. Daisy and Violet were immediately put on display in one of the back rooms. People could come and gawk and inspect the “freakish” children – for a price, of course. In their memoirs, Daisy and Violet confess that this pub showroom constituted their earliest childhood memories:

Our earliest and only recollections are the penetrating smell of brown ale, cigars, and pipes and the movements of the visitors’ hands which were forever lifting our baby clothes to see just how we were attached to each other.

And the physical abuse at the hands of Auntie, the pub patrons, and Auntie’s litany of suitors didn’t end there. Auntie made it clear to the twins that they meant nothing but a paycheck, and if they refused to perform, she beat them.

“When we displeased her, she whipped our backs and shoulders with the buckle end of that belt.”

Auntie wasn’t content, however, with the pennies made in the back of the bar. S0, she took her cruel and sadistic show on the road – first around England, then to Germany and Austria before setting her sights on the United States. 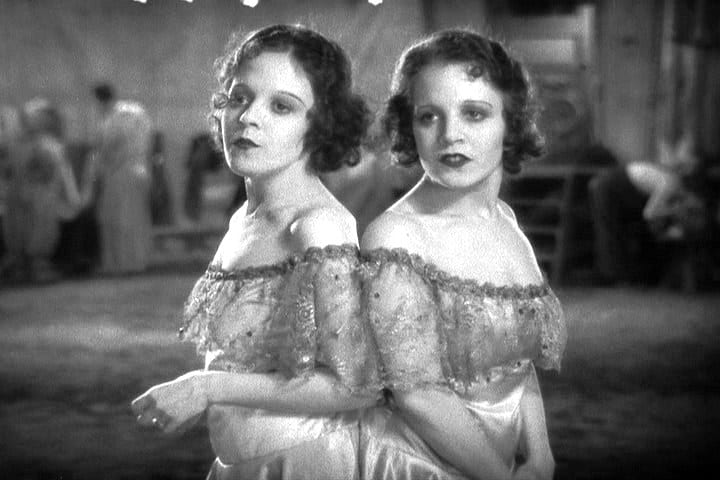 Though the girls were deemed medically unfit and denied entry by the USA, their cleverly evil guardian got the press involved and soon had her wish – Violet and Daisy would take Vaudeville by storm.

When Mary Hilton died, her daughter and son-in-law, Edith and Myer Myers took over Mary’s responsibilities of “care” for the twins. The girls never referred to the two as their guardians or caretakers, instead choosing to refer to Edith and Myer as their “owners.”

Indeed, the Hilton twins were treated like property. Daisy and Violet were forced to practice their act for countless hours, mastering the saxophone and violin in lieu of a traditional education.

Myer Myers (who was probably angry from birth because he was given such a stupid name) threatened to put them in an institution if they rebelled.

The girls found no opportunity for escape since the couple stayed close at all the times – they even slept in the same room at night. 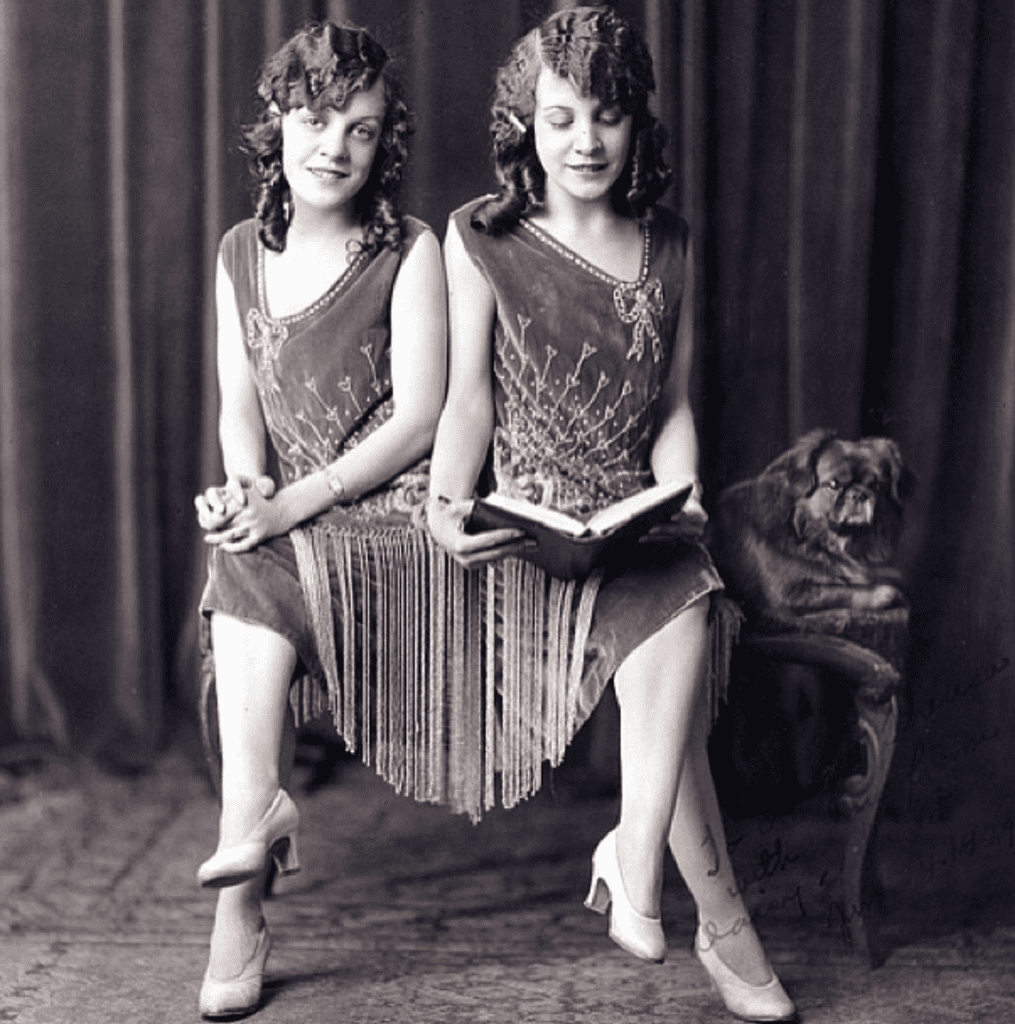 The girls were a hit, performing alongside legends like Charlie Chaplin and Bob Hope and earning up to $5000 a week – money that they never saw, of course. Harry Houdini took them aside and encouraged them to learn more about their situation, and this opportune conversation turned out to be the straw that broke the camel’s back.

Violet and Daisy finally learned how famous and successful they were. The next time they came into casual contact with a lawyer, they asked him for help. He assisted the girls, who were emancipated and awarded $80,000.

The sisters remained in show business for some time, later starring in the 1932 film “Freaks” and writing a book about their lives.

Like many women in Hollywood, they struggled as they aged. After starring in a movie about their lives entitled Chained For Life, the two found themselves out of demand.

They lived out the rest of their lives as cashiers at a grocery store. 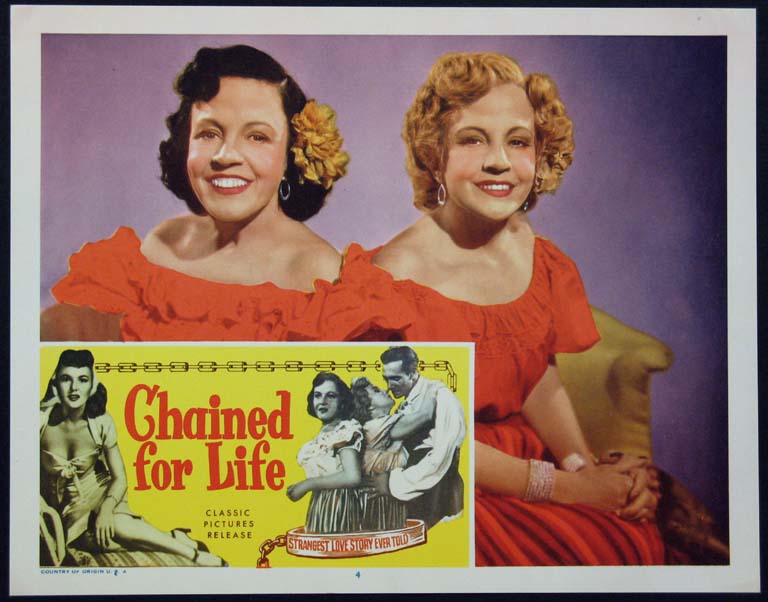 Both women succumbed to the flu in 1969, with Daisy passing away a few days before her sister.

Violet was probably too ill to call for help.

Despite their inauspicious end, the women are a marvel of strength and independence. Because while they suffered a life filled with exploitation abuse and humiliation, they managed to hold on to their humanity, their strength, and sense of self-worth,.

And, when finally given the chance, Daisy and Violet made good lives for themselves.

Thanks for reading! Share your thoughts about this tragic story in the comments!