Thanks to advertising, you know that Lucky Charms are “magically delicious,” Frosted Flakes are “grrrreat” and Honey Bunches of Oats smell like cookies.

But I’d be willing to bet that you might not be so familiar with how some of them landed on the cereal shelves at your local grocery store. 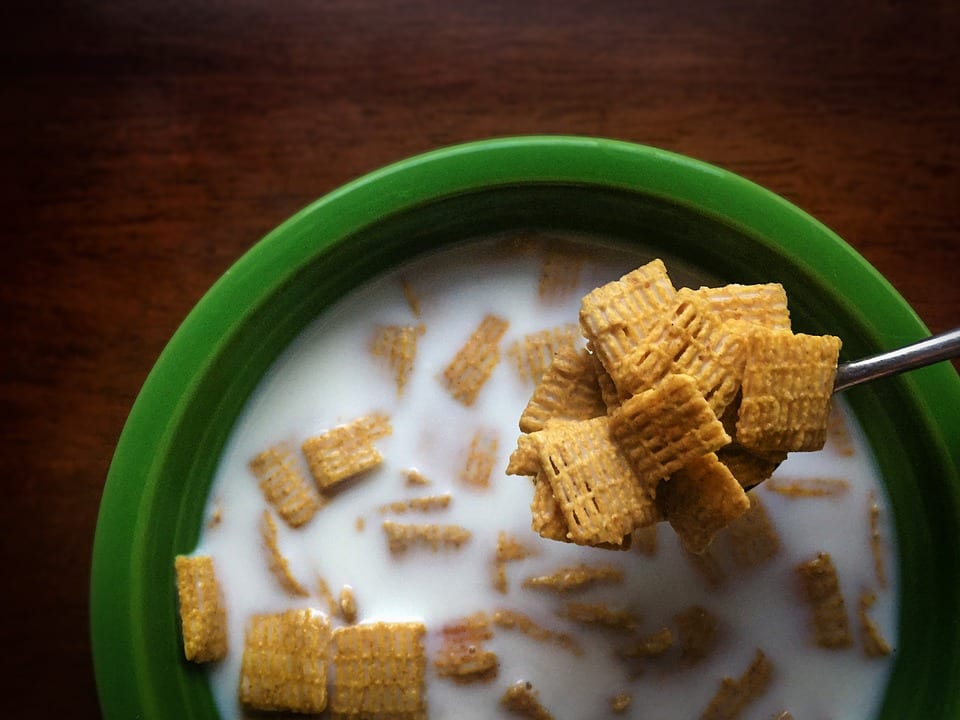 Chex came from a pet food company called Ralston Purina that was led by one William Danforth and self-help author Webster Edgerly (who was looking to promote whole grains as people food).

Edgerly was the founder of a cult-like movement that, in addition to promoting a healthy diet, was into mind control and racial supremacy (he advocated for non-whites to be castrated and believed watermelons were toxic to Caucasians?), but the diet piece made Edgerly interested in creating yummy sources of whole grains to his followers.

Together, the two first came up with Shredded Ralston, which was bite-sized squares of shredded wheat, changing it to “Chex” in 1950 to honor the brand’s checkerboard logo. Danforth continued to make pet food under the name Purina while Chex was sold off to General Mills.

#7. Your Corn Flakes were meant to curb sexual desire. 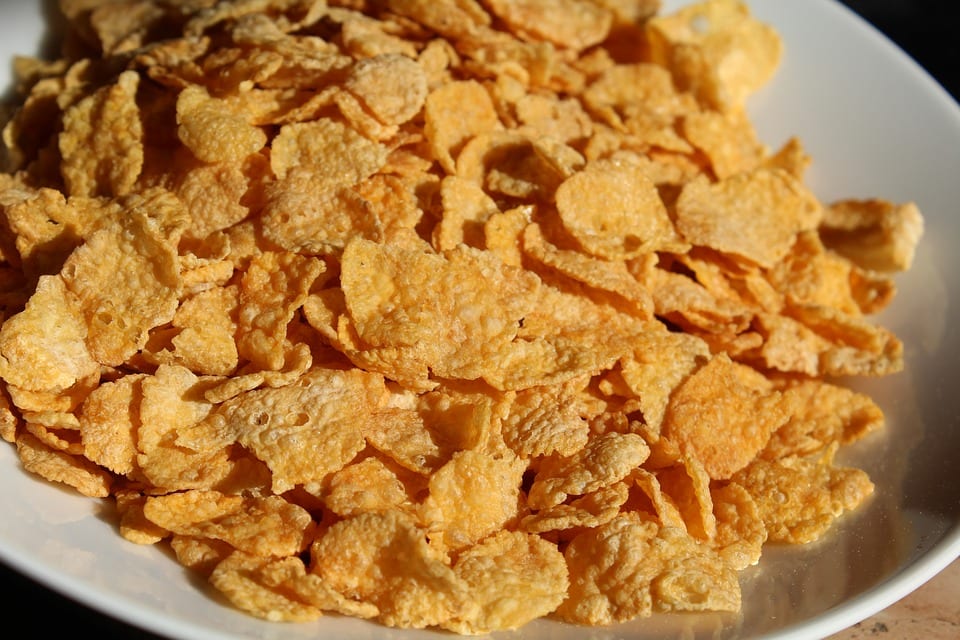 He experimented until he came up with bland, grain-based breakfast flakes after he left boiled wheat out for too long and then decided what the heck, I’ll toast them and feed them to my patients anyway. Luckily, it worked out for all involved!

#6. Alpha-Bits were a concentrated effort to market cereal to children.

Post Cereals worker Thomas Quigley, a father of seven, rose to a challenge to design a new cereal to market to kids – that combining fun, education, and sugar would be just the ticket.

He was right, of course, and the tradition of selling sugar to kids and calling it a healthy breakfast was born!

#5. Wheaties were the result of an accident. 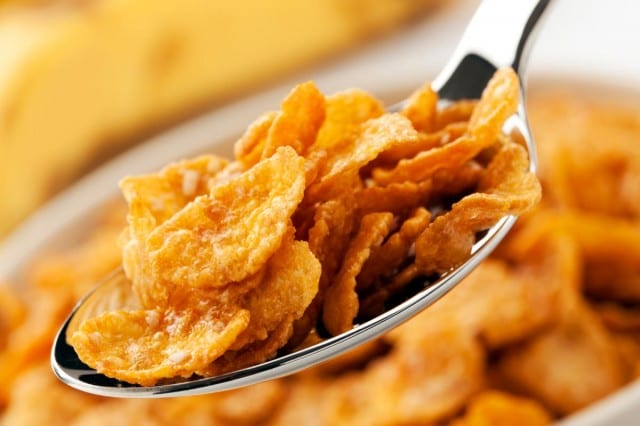 In 1921, a clinician at a sanitarium accidentally spilled wheat gruel onto a hot stovetop.

It dried into flakes and, inspired by the preparation of Corn Flakes, a miller and his employees tried 14 times and 36 varieties of wheat to find the perfect combination of wheat, salt, sugar, and malt syrup.

They became popular due to the first radio commercial jingle.

Together with his daughter, Kimberly, they combined products until they landed on the perfect mix.

Its success has led to other flake-and-cluster cereals and myriad spinoffs.

#3. Rice Krispies are the product of an experiment and a gun. 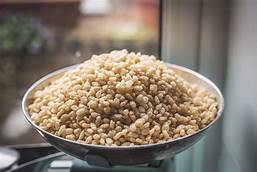 In 1901, botanist Alexander Pierre Anderson wanted to know what might happen if he heated starch granules – he thought the water inside the granules would turn to steam and result in small puffing explosions (and of course, he was right). He then used a gas pipe and a sledgehammer to form a gun-like device that simplified the process.

He debuted his cool little trick at the 1904 World’s Fair and Quaker Oats snapped it up, marketing it as “food shot from guns.”

#2. Cap’n Crunch is designed to make you want more.

By the 1960s, some of the best-selling cereals marketed to kids had lots of sugar, and research showed that kids preferred cereal that floated and stayed crunchy (duh), so Quaker came up with a combination of corn and oat cereal that fit the bill.

Flavorist Pamela Low brought the key ingredient to the table, though, with a favorite combination from her childhood: brown sugar and butter sauce over rice. She called it a “want-more-ishness” and people couldn’t get enough – especially kids after the introduction of their seafaring mascot.

#1. Cheerios are the perfect result of over 500 test products. 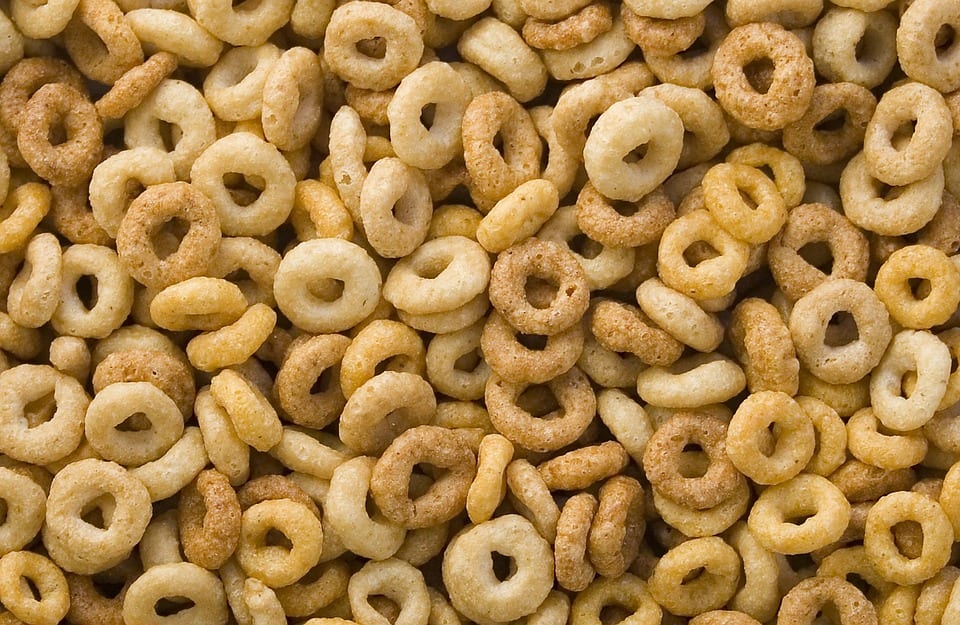 Puffed cereals made from rice and wheat were all the rage in the 1930s and 1940s, and General Mills wanted to see if it worked with oats.

Food science innovator Lester Borchardt and his team tested the oat-based recipe (and a variety of shapes) – over 500 formulas in all – before the winning donut shape won out.

It was originally called CheeriOats but the name was shortened after Quaker Oats filed a lawsuit over the use of the word ‘oats.” It was rebranded in 1945 and has been a top-selling cereal ever since.