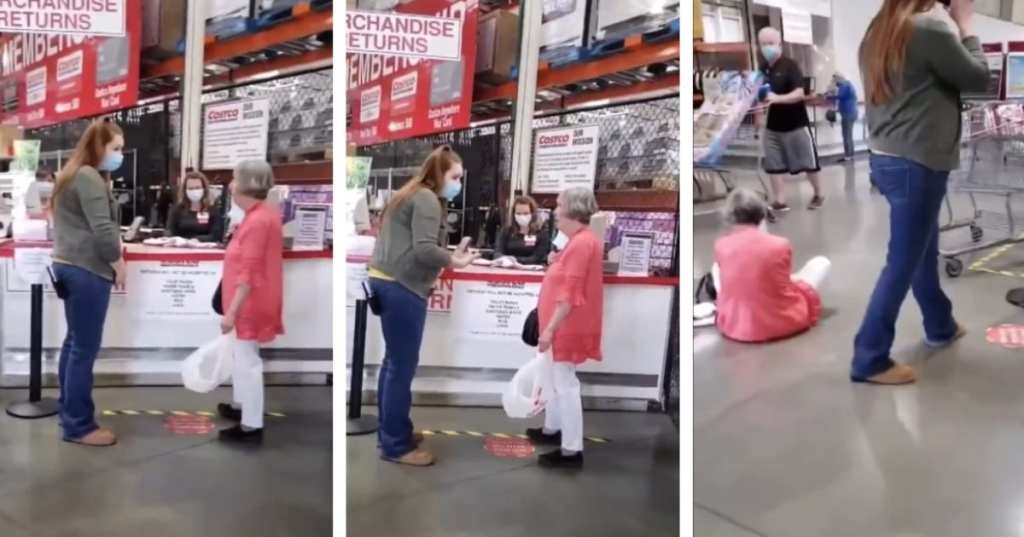 This has been a big year for a lot of people, but there have been two cultural phenomenons that have really caused a bit of chaos: the advent of so-called Karens and a request that everyone wears a face mask whine in public to help limit the spread of COVID-19.

Karens are typically white women who feel that they are entitled to behave however they want, consequences be damned. Karens often take issue with all kinds of things: citizens relaxing outside, drawing on their own sidewalks, and having a BBQ have all had to deal with the wrath of Karens in the wild. 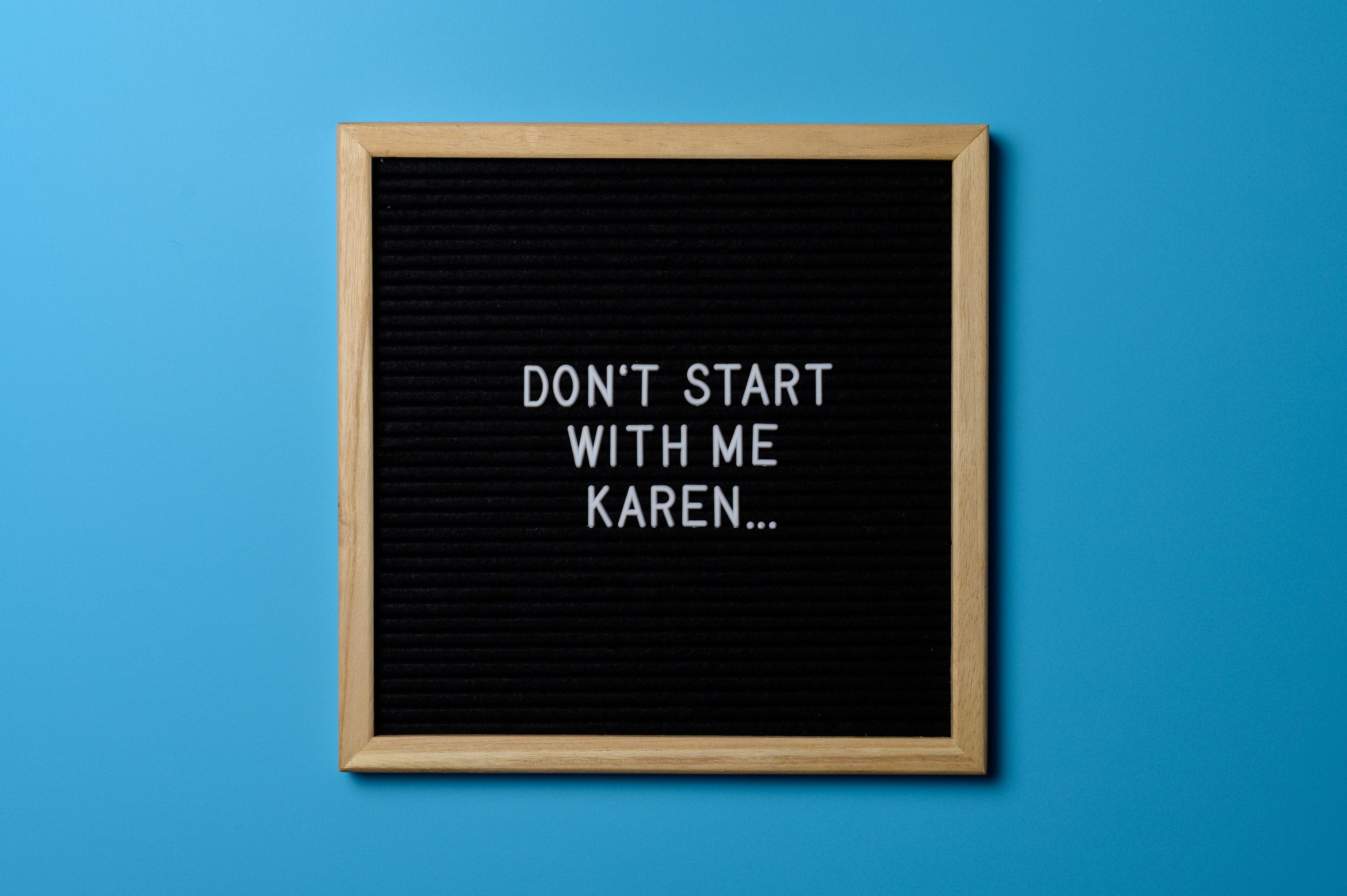 Lately, many Karens have been extra angry that they’ve been asked to wear face masks in stores.

The idea behind everyone wearing a face mask in public is that it makes everywhere safer for all of us. When you wear a cotton face mask, you help protect others.

Recently, one Karen decided that enough was enough and she was no longer going to wear a face mask in public. It all started when she went to her local Costco to return an item.

In the video, the Karen is shown immediately pitching a fit when asked to put her face mask on. It’s funny because she had it dangling from one ear, so she knew that it was required… but somehow didn’t think that requirement would apply to her. 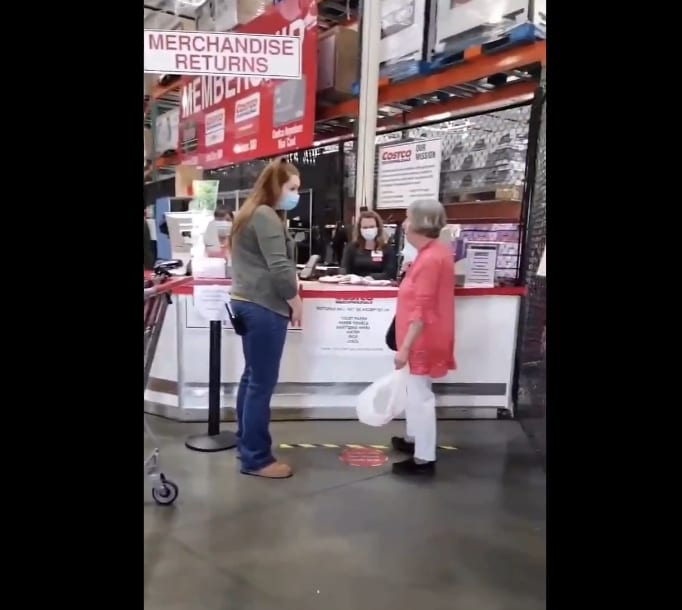 The person working at Costco is so endlessly patient with her, saying:

You need to have it on while you’re doing your transaction. 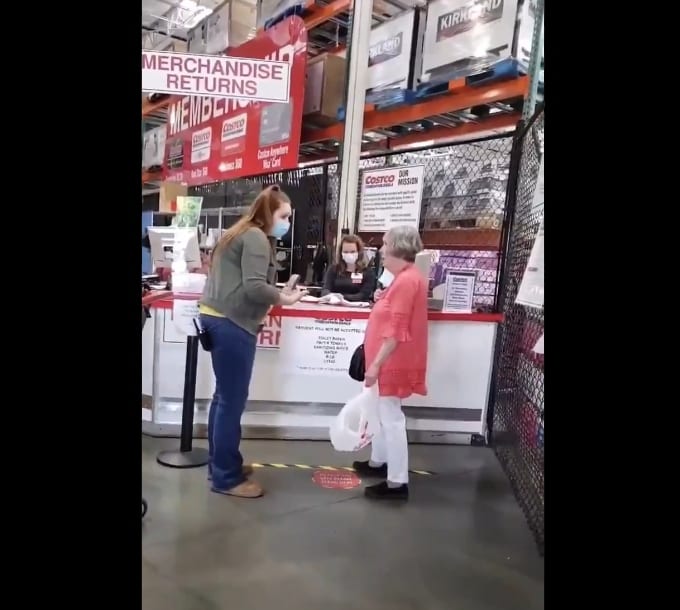 The woman refuses, noting that she believes “this is your problem.” The employee lets her know she can come back another time if she’s unwilling to put on her mask, and that’s when the woman goes full Karen.

She decides to SIT DOWN ON THE FLOOR, partially blocking the exit for other customers. 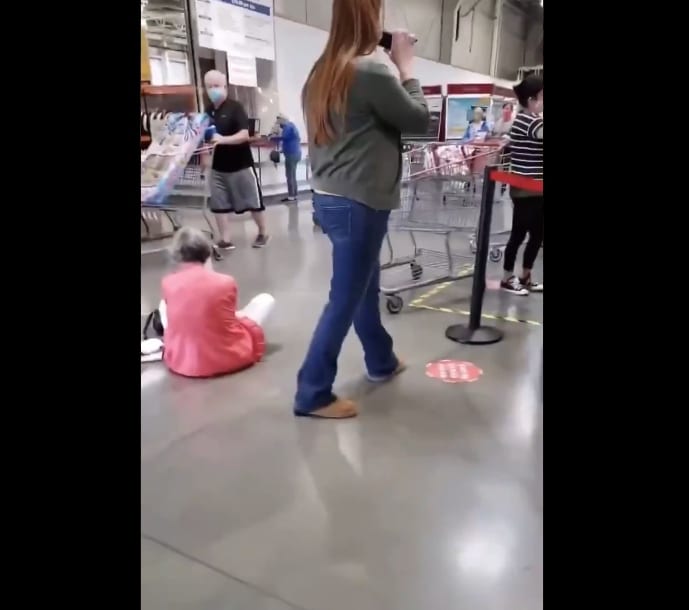 You’ve gotcha watch this nonsense for yourself.

New ‘Costco Karen’ Sighting —throws 3-yr-old type tantrum— sits on the floor and won’t leave because “this is America..” —tries to lie about medical condition then changes her mind 🤦🏻‍♂️ pic.twitter.com/GLDmPDnGar

So yeah, that happened! Wow.

What do you think about this woman’s Costco tantrum? Let us know in the comments!