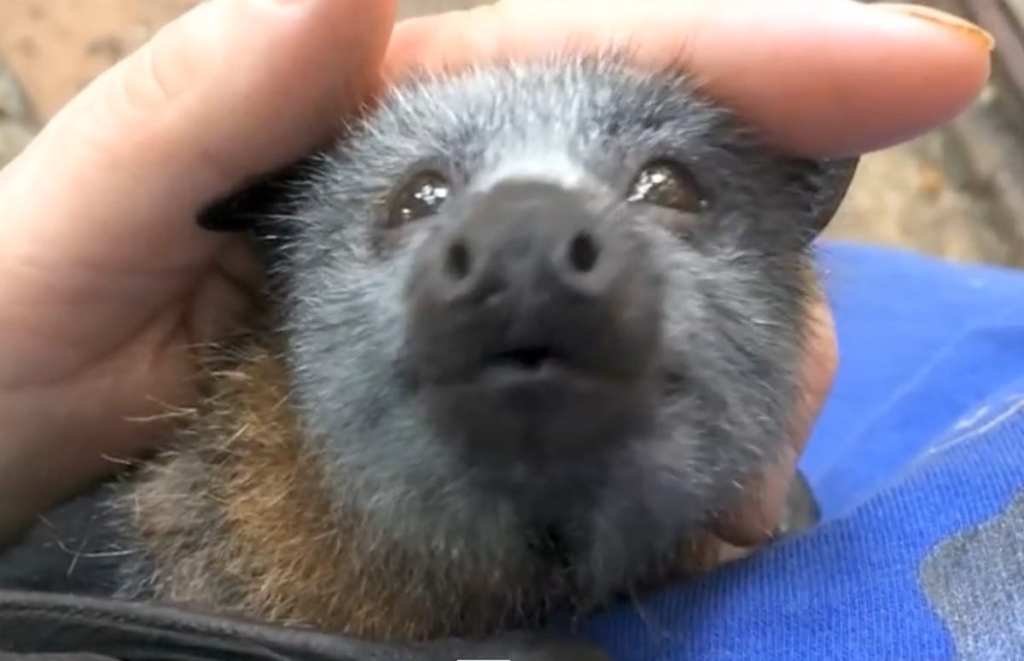 Cute Bat Loves Being Petted and Even Makes Happy Noises

Ready for an awwww break?

A bat makes adorable, squeaky happy noises while getting pets.

His name is Jeddah and he’s a juvenile bat. The video was made by Mandi Griffith, a staffer with Sydney Wildlife.

This is Jeddah. He loves to be tickled, petted and scratched. Look at that blissful face. Jeddah is a Grey-Headed Flying-Fox. I usually clip my videos quite short when it’s all one behaviour being shown, but this bliss went on and on and I just couldn’t bring myself to deprive you of any of the lengthy joy. I particularly loved the yawny and sniffy bits about half way through. And I love the curl of the tongue as he yawns.

This bat was not releasable due to injuries.  He is in care with a vaccinated and licensed bat carer. This bat is not a pet.  He was a baby hand raised for release, and became an education animal. He is used to being handled.  He actively solicits attention and cuddles. There have been suggestions that this bat is terrified and the squeaks are not cute. This bat is in bliss and is able to get away from the carer at any time. He is choosing to be stroked. He solicits attention.

This particular species of fruit bat is known as a megabat and is native to Australia. They’re one of the largest bats in Australia with a wingspan of a meter. Their conservation status, unfortunately, is vulnerable, as their numbers are decreasing. 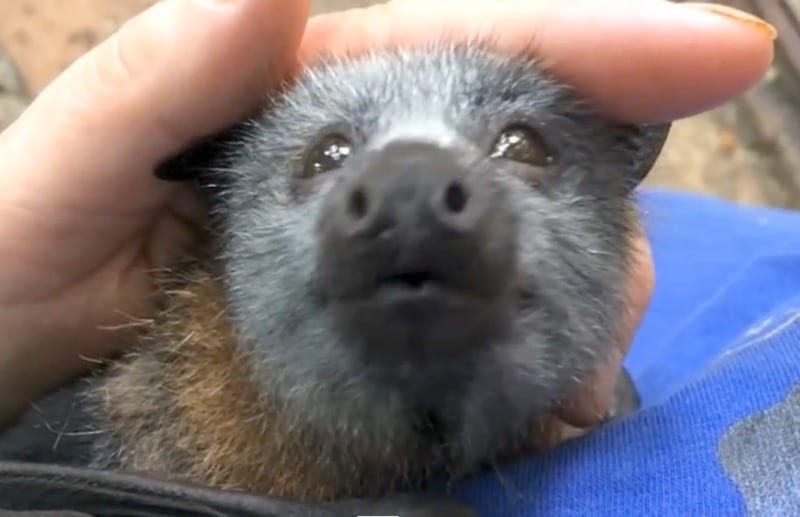 Isn’t he adorable? Say it with me, “Awwwwwwwwwwww!!!”

Alright, if bats were this cute, would you want one as a pet?