The Dead Bodies of Severinsbrücke Bridge

It’s no secret that, after WWII, Germany (and much of Europe) had to be completely rebuilt from scratch. The country had been decimated by bombing and fighting, not to mention the movement of hundreds of thousands of troops across the landscape. That meant fixing all the major infrastructure a country needs to move things from one place to another. Including, of course, many bridges.

One of these bridges, the Severinsbrücke Bridge in Cologne, has, until recently, been keeping some very macabre secrets – even from the people who live nearby.

Repairs on the bridge began in May of 1956, and it was completed and opened three years later. Its main support is a pylon that’s 77 meters (250 feet) tall. No fanfare accompanied the completion, and no plaque commemorates any special or tragic event that occurred during the process…and yet…

See, a deadly accident took place while workers – largely undocumented immigrants from Italy – worked in the depths of the Rhine River. Suddenly, the drop shaft that was supposed to be protecting them from the water slid down one side and drowned all of the men. But no one ever memorialized or even spoke of the deaths. Probably the incident would still be unknown, except that documentary filmmaker Hermann Rheindorf, researching his film about Cologne’s bridges, decided to go digging. 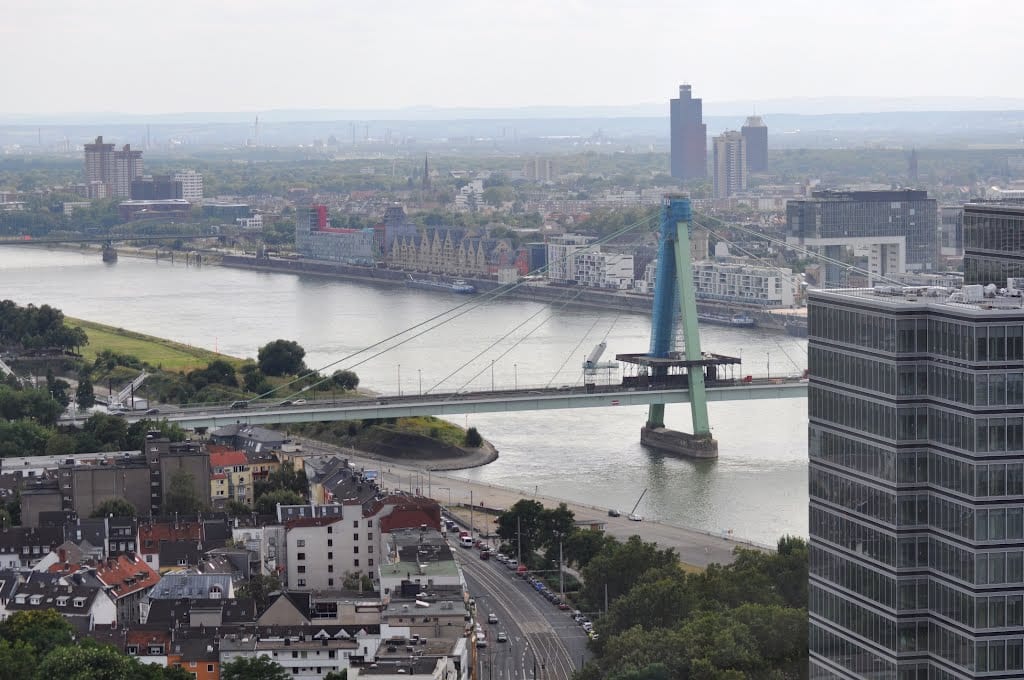 In his research, he found a brief mention of what had happened during the Severinsbrücke’s construction, but, when he requested old records, there were none to be found. The missing records were blamed on the recent collapse of a historic archive in 2009…but is that the only reason there’s no accounting of what happened to those men?

The filmmaker took another tack, tracking down eyewitnesses instead. He met a firefighter whose father had been a policeman at the time. He said he was always told that, while some of the victims’ bodies were recovered (5, to be exact), the rest were simply left behind – encased in the bridge’s massive pylon. The daughter of the bridge’s architect told a similar story of how her father was always depressed when he thought about the bridge and the secret, unmarked grave holding it up.

While we know that at least 5 men were killed in the unfortunate accident, there’s no way to know for sure how many went unrecovered.  Only Josef Roth, the crew’s supervisor, knows for sure how many men were below – but since he was the first recovered victim, those records seem consigned to history.

Just a little something to send a chill down your spine the next time you take a jaunt to Cologne and cross the Severinsbrücke Bridge.