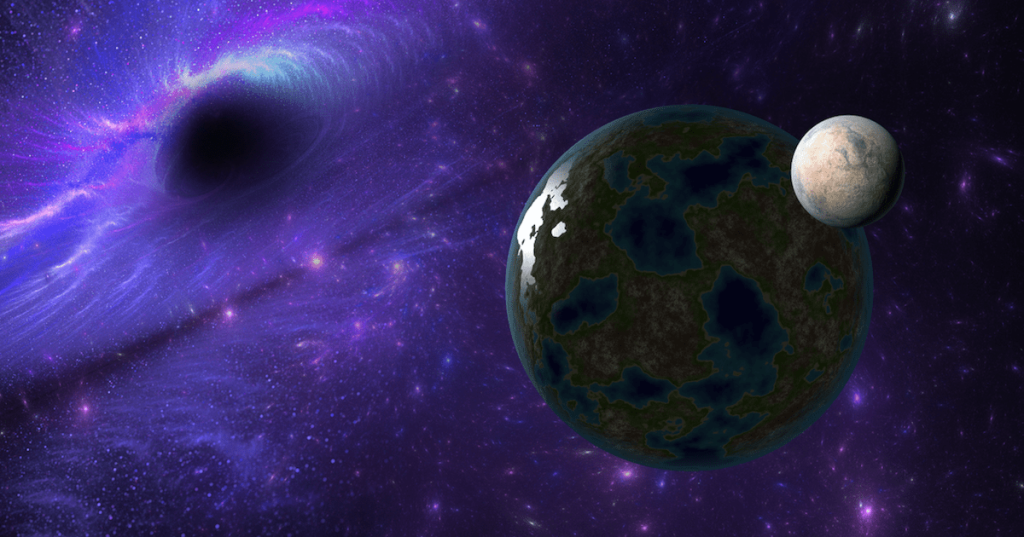 A story like this one just goes to show that academic degrees don’t always mean very much.

13 scientists actually claimed in a published journal that there’s a black hole in the center of the Earth. Basically, it’s close to the most unscientific claim ever.

Though this paper might be a clever hoax, the hypothesis here is still close to crazy. Science can be weird, but surely it’s not supposed to be this weird.

The essay, “A Black Hole at the Center of Earth Plays the Role of the Biggest System of Telecommunication for Connecting DNAs, Dark DNAs and Molecules of Water on 4+N- Dimensional Manifold,” squeaked by peer review and got published last year in the Open Access Macedonian Journal of Medical Sciences.

Wait… what?!? First of all, as if that title isn’t a GIGANTIC red flag.

Second, one look at the paper is a deep-dive into some word salad. For example, the abstract reads:

“The earth’s core is the biggest system of telecommunication which exchanges waves with all DNAs and molecules of water.”

From there, the essay goes on to claim that DNA imprints on the Earth’s core created a black hole… Which resides conveniently in the middle of the planet. That idea has naturally given other scientists some pause.

(and I cannot stress this enough)

If your jaw is already on the floor, just wait. It gets a whole lot crazier.

What’s even more shocking is the fact that this happens in the academic world pretty often. There’s also a VERY likely chance that this essay is just a regular part of trolling in the science world.

Researchers use this method of “peer-review-tricking” to ensure that journals stay accurate and reputable. They’ll sprinkle blatantly unscientific claims throughout their papers just to make sure readers are paying attention.

Na, they're just trolling the journal. That particular journal appears to have fallen for a lot of articles like these. Also, the final author, Torello Lotti, coauthored this piece on predatory journals.https://t.co/BLOthRRG80

Sometimes, it works; other times, it totally backfires.

For instance, take this mind-blowing sentence:

“Each DNA has two parts which one can be seen on the four-dimensional universe, and another one has existed in extra dimensions.

This dark part of DNA called as a dark DNA in an extra dimension.”

Yes, sci-fi language actually made its way into an academic journal. (Note to self, never take anything from that journal seriously. They definitely give a whole new meaning to “open access.”)

When crazy theories like this one manage to slide by, it shows a serious issue with the peer review system. But hey – it sure beats Flat Earthers!

Well, this paper proves that anything is possible if you just set your mind to it. Then again, it sure helps when you have 13 other people in on the plan with you.

What are some crazy scientific theories you’ve come across?