I guess it only seems natural that people flirt on airplanes. You’re crammed into close quarters with a bunch of strangers, and you’re gonna be there for at least a couple of hours. That’s why you hear so much small talk on flights.

Me? I’m a headphones on, stare straight ahead kind of fella: let’s just get it over with.

Delta and Coca Cola partnered in a stunt they thought would be a cute little way to alleviate the boredom of air travel and give passengers that extra love-nudge. 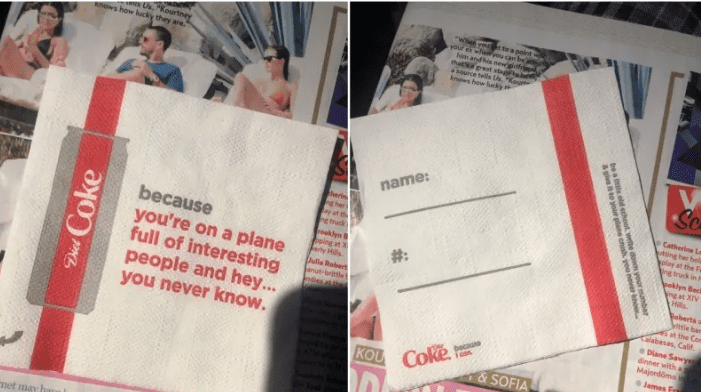 On some Delta flights, passengers were handed napkins to pass to a potential crush that had space to write their phone number. The napkins say, “Because you’re on a plane full of interesting people and hey…you never know.”

Again, Delta thought they were being cute…but some passengers were a little ticked off by the whole marketing campaign. 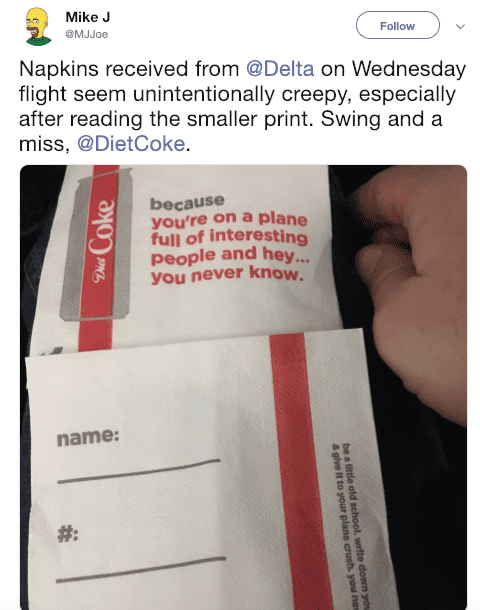 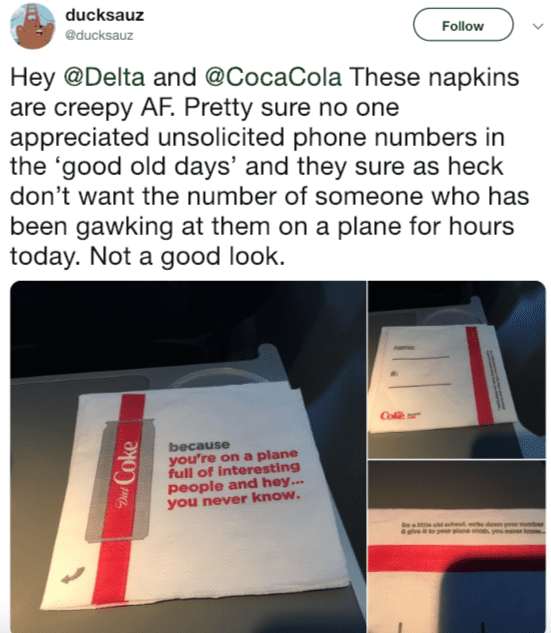 One passenger tweeted that the airline was “practically encouraging affairs.” 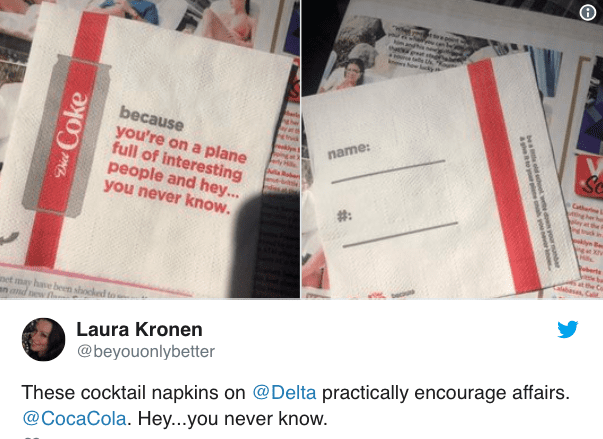 And some people echoed my earlier sentiment of just wanting to avoid all human contact while flying. 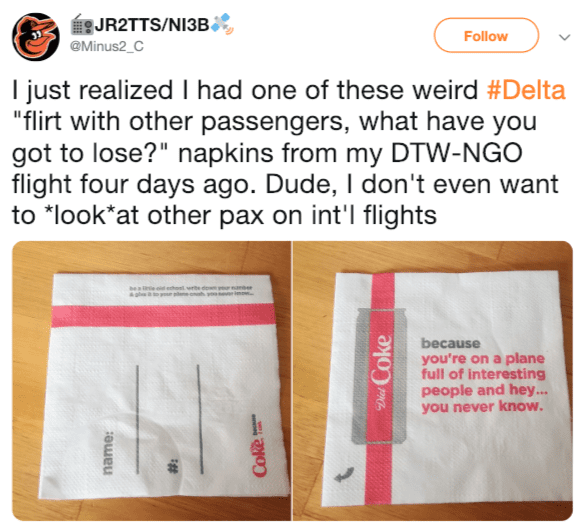 And some people thought the napkins harkened back to a day when sexism and unwanted advances were the norm.

A 2017 survey of more than 3,500 flight attendants showed that 68% of them had experienced sexual harassment during their careers. Delta and Coca Cola both apologized for the napkins, but some passengers thought it was a good idea that encouraged people to get to know each other. 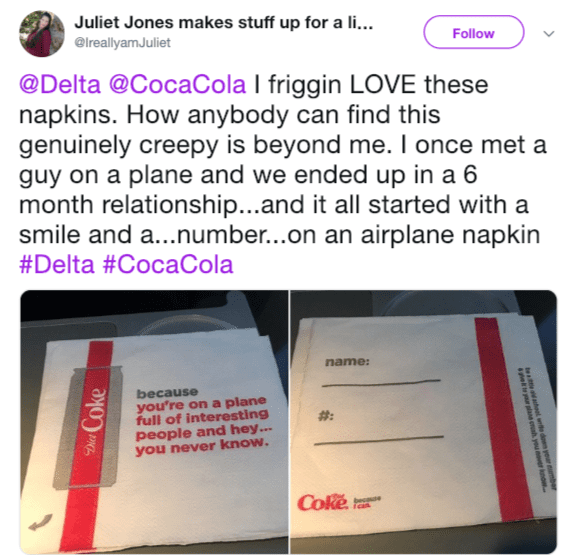 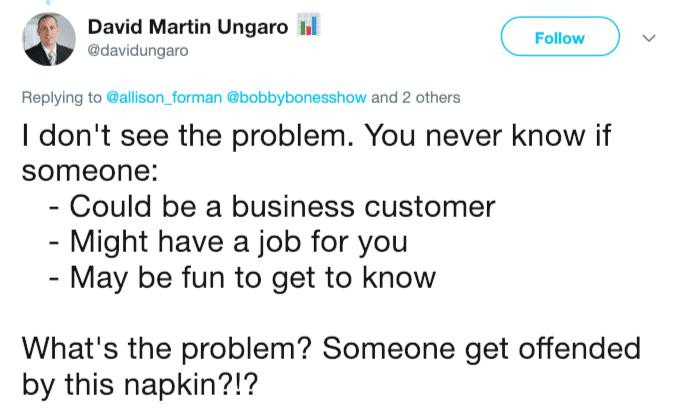 Seems like people are pretty divided over this issue.

What do YOU think?