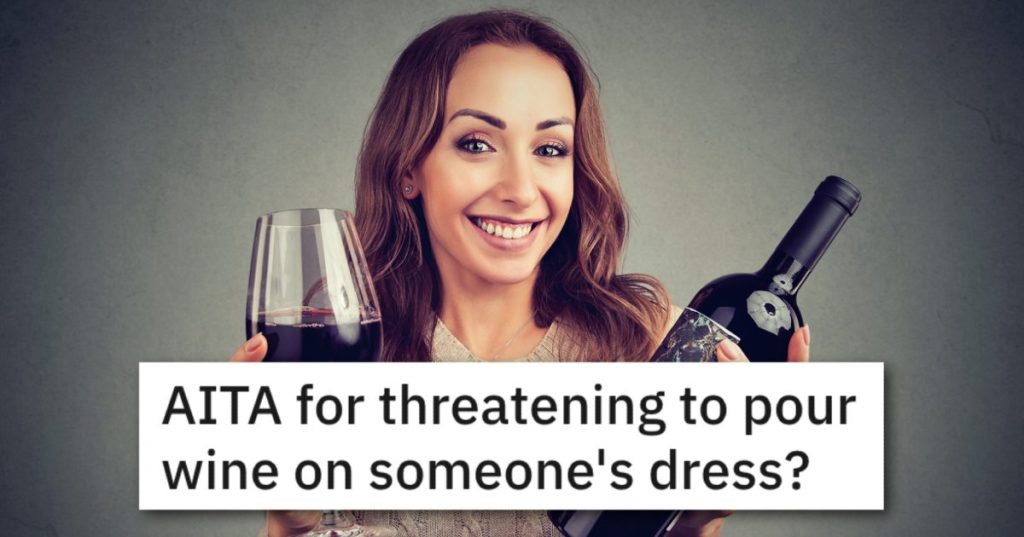 Did This Woman Go Too Far By Threatening To Dump Red Wine On Someone’s Dress?

Ok, so I know that most of the time, threatening to ruin someone’s clothes in public is going to be frowned upon. Hear this person out, though, because I feel like they just might have an argument.

OP in this case is a stepchild and person-of-honor at their father and stepmother’s wedding.

OP has chosen a dress that compliments their stepmother’s pink gown, but recently while the two of them were at lunch when the stepmother learned that her own person of honor chose a dress that’s very similar in color to her own.

We went out a few weeks ago and got matching tattoos and lunch, during this lunch Jill messaged and she’d found a dress and sent a picture. It’s pink and gold.

She has seen my step mum’s dress. It’s the same colour. Honestly the dress is also REALLY ugly, like really really ugly.

Also, I wouldn’t say totally appropriate for a 64 year old woman, but that’s just my opinion.

Their stepmother is not a confrontational person but did her best to try to dissuade the woman from wearing what she’d picked out. The woman wasn’t backing down.

My stepmom tried to be nice about telling her no, that she’s the bride and her dress will overshadow her, that she’d prefer she picked a different colour etc.

Jill just brushed it all off saying no one would be looking at her and not to be silly. My stepmom is not a confrontational person and won’t just say no.

OP is a confrontational person, and after a few days of her not getting it, they basically told her if she showed up in that dress they would dump a bottle of wine all over it.

I am. And I will. After a few days of this I messaged Jill and said no, you’re not wearing the dress, you’ve been told no, you’re making my stepmom uncomfortable, no.

She messages me back with the same s*%t and I warn her that if she DARED show up in that dress I would pour a bottle of red wine on her. The whole damn thing. So find something else.

Then, getting no response, they sent the woman a picture of a red wine section and asked if she had a preference.

No response. I visited my friend in another part of the country and we went to a shop and I sent her a picture of their red wine selection asking if she had a preference.

The other woman said she would choose a different dress.

OP’s family is split on whether or not they went too far (her father’s response is my absolute favorite).

She messaged me back saying she wasn’t wearing the dress, I said that was good to hear.

I told my mum about it and she agreed with me but my grandma, step dad and aunt said I took it WAY too far. I should have left it to stepmom. Stepmom hasn’t really said anything, just that she’s glad Jill changed her mind and dad said it would be a shame to waste wine.

What about Reddit, though? Did OP go too far? Let’s find out!

The top comment says it sounded like the other woman needed to hear exactly that, and the stepmother probably appreciates it. 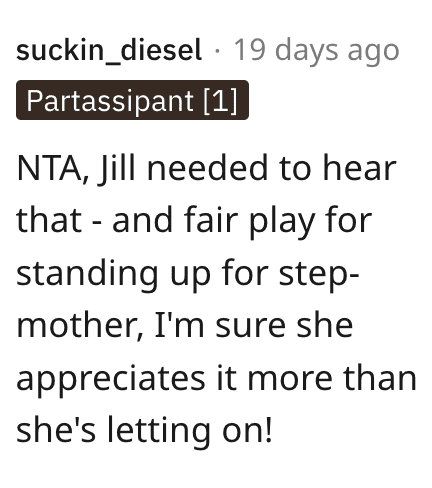 While this person is not very trusting and thinks OP should be ready to follow through just in case. 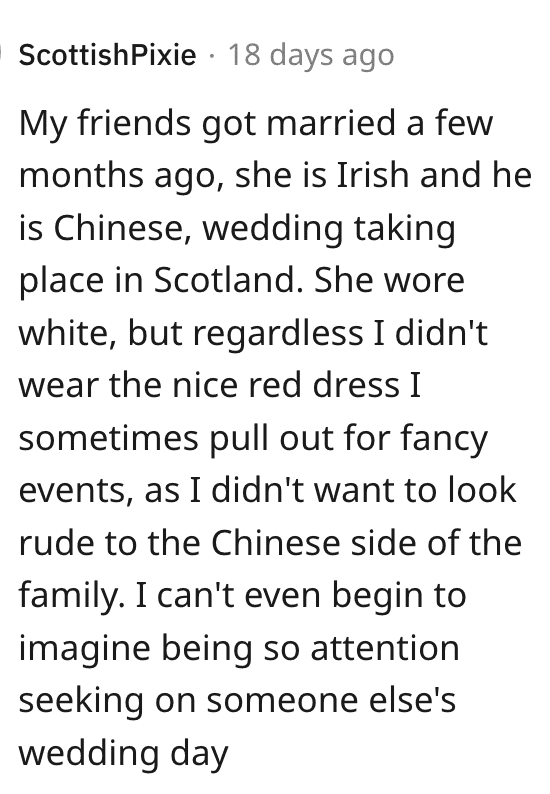 There’s probably a market for that. 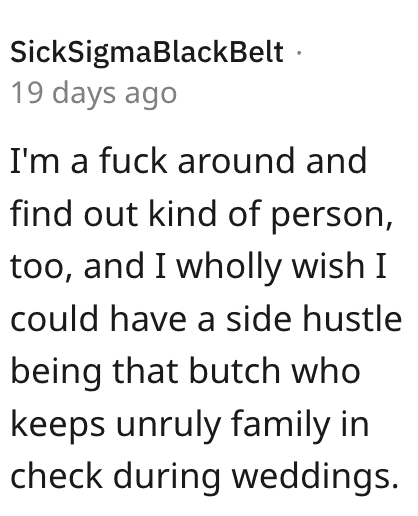 Everyone needs a friend like OP in their lives, right? 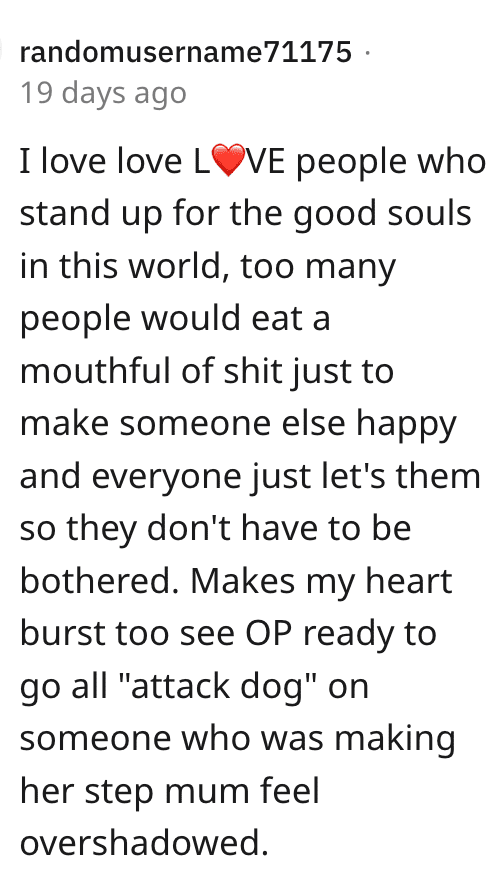 I’m happy that someone stood up for the stepmother in this situation, for sure. It’s her big day!

Do you think OP was warranted here? If not, let us know in the comments how you think they should have handled it instead!