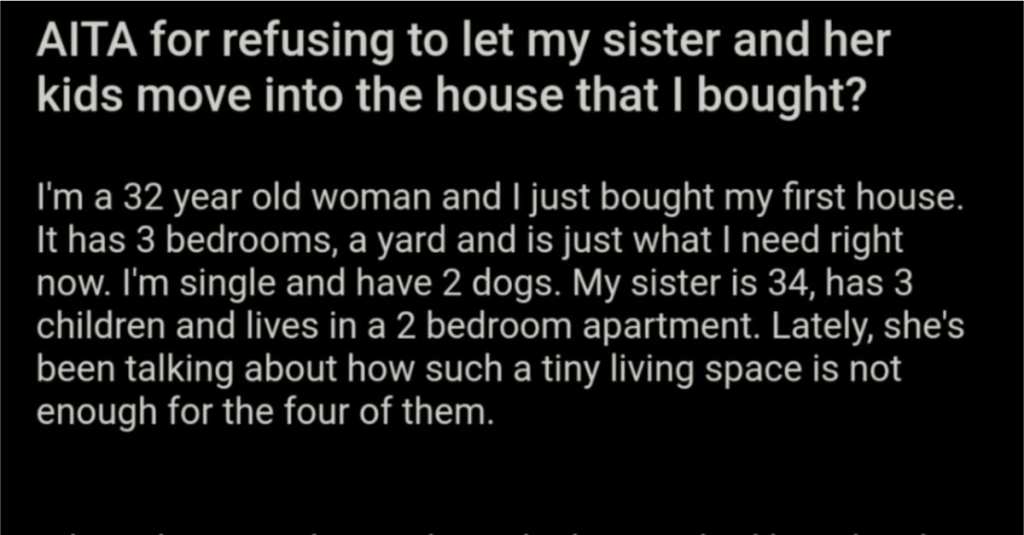 Do We Always Have to Let Family Stay When They Ask? A Woman Asks The Internet Their Thoughts.

Decisions regarding family are tough and always full of potential pitfalls. There are expectations and guilt involved, and the fact that whatever you decide, you’re going to have to hear about it for the next twenty or so years.

Which is probably why this person is wondering whether or not she was wrong to refuse to let her sister and nieces/nephews move into her new house.

OP saved up for and bought a house for her single self and her two dogs, and she was so happy with her purchase. It was the perfect amount of space for her, but her entitled sister – who lives in a much smaller space with three children – thought she was being selfish.

Their mother got involved and said she thought OP was being mean for not inviting the sister and her kids to move in. 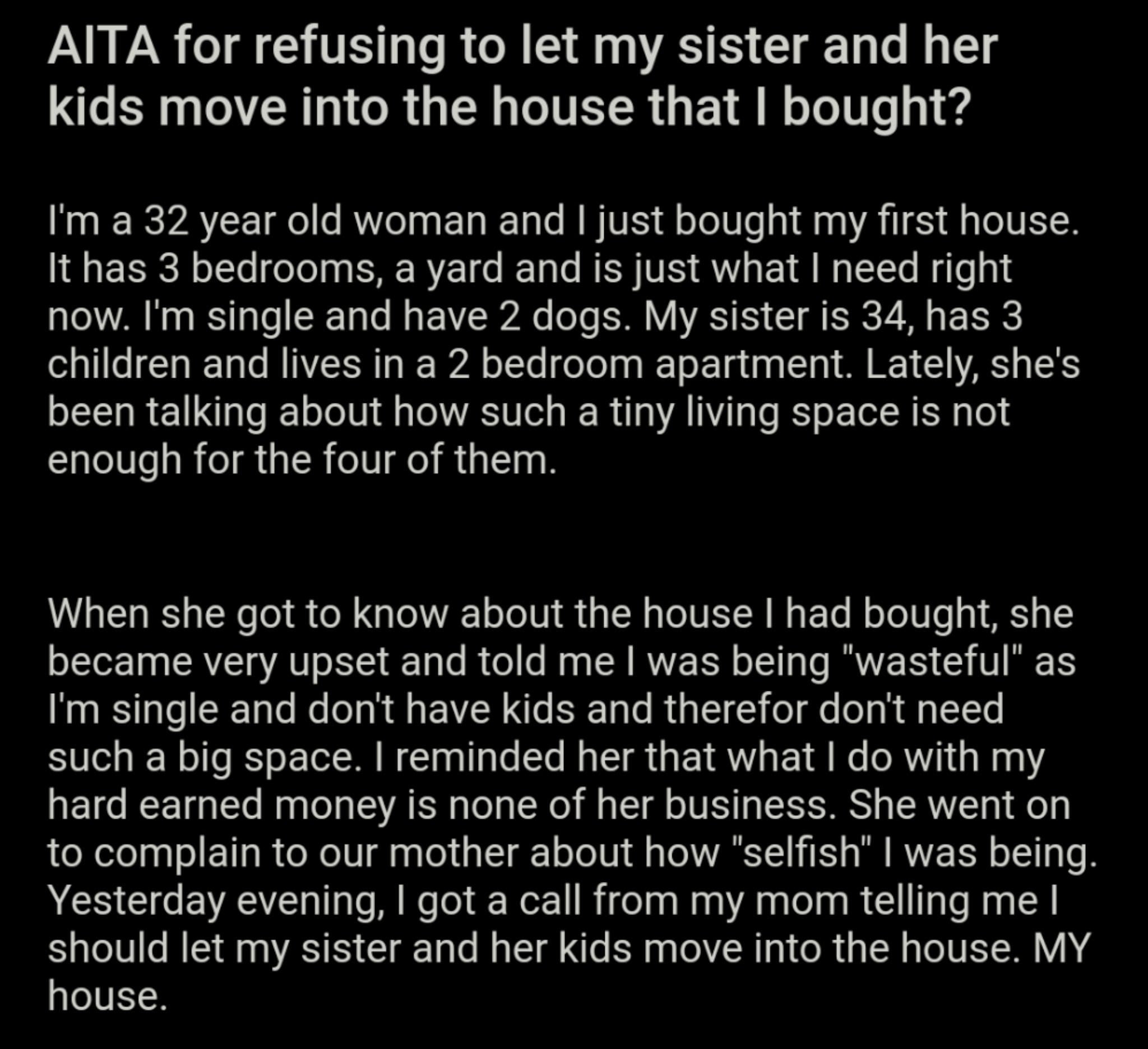 OP refused, saying that she bought the house and wanted the space to herself, but did offer to help the sister rent a larger apartment with more space.

That’s when she found out that her mom and sister had intended for OP to move out and let the sister move in. 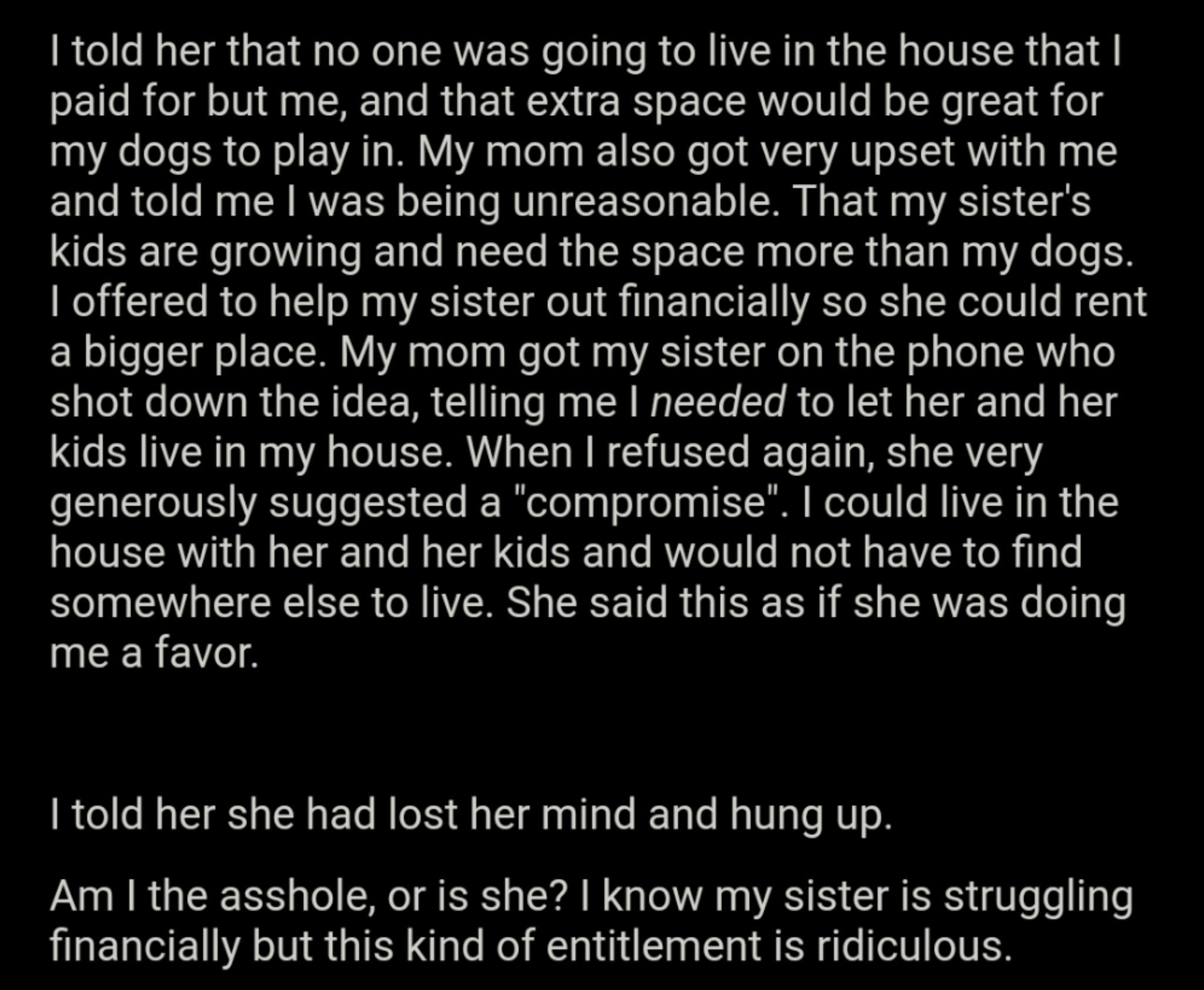 I have no idea what these people are thinking, but let’s hear what Reddit has to say while I sort it out, hmm?

It is kind of hilarious when you put it that way. 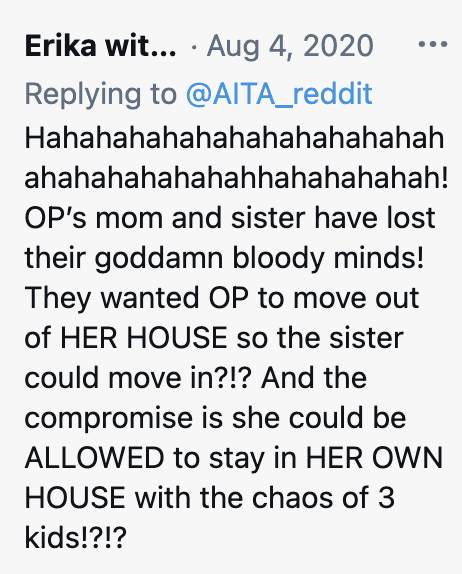 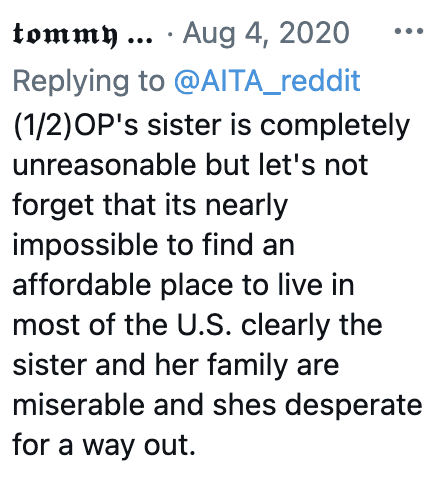 She definitely needs to leave her foot down. 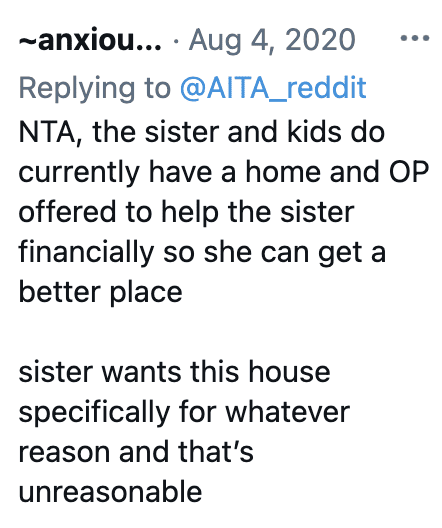 This sister just cannot be serious. 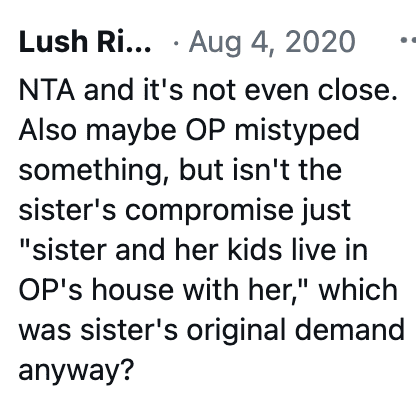 A lot of people need to learn this lesson. 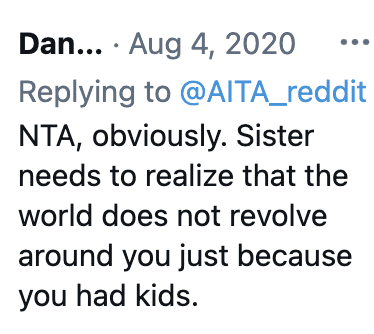 Some of these are so NTA that it’s just laughable, y’all.

Go ahead and scream into the comments – that’s what we’re here for.,