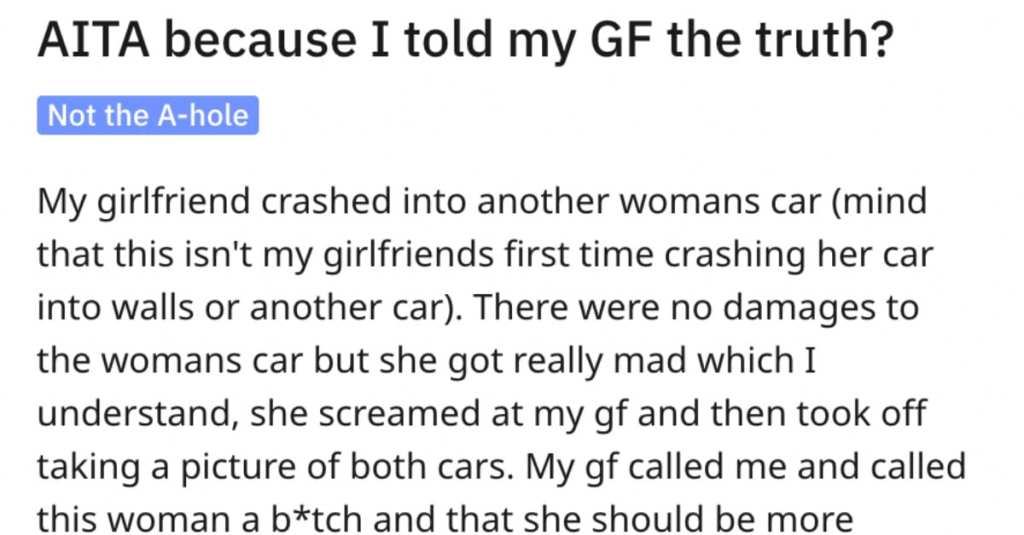 Does a Good Boyfriend Always Side With His Partner? The Internet Responds.

Relationships are never easy, and let’s be honest – there are virtually no established rules (aside from the obvious ones related to abuse) that are going to be a one-size fits all.

That said, I think that many partners expect loyalty as part of the bargain…but does that mean without question? Without opinions of your own?

Those are the questions going through this guy’s head after an incident of perhaps too much honesty with his girlfriend.

The girlfriend in question is perhaps not the best driver in the world, and caused an accident for which she was at fault.

My girlfriend crashed into another woman’s car (mind that this isn’t my girlfriends first time crashing her car into walls or another car).

The other driver got (understandably, in the boyfriend’s eyes) upset and yelled at the girlfriend while they were taking pictures afterward.

There were no damages to the woman’s car but she got really mad which I understand, she screamed at my gf and then took off taking a picture of both cars.

When the girlfriend called to relay the incident, the boyfriend sympathized but also said he wasn’t sure the other woman was really a b**ch, because he can see why she would be angry.

My gf called me and called this woman a b**ch and that she should be more respectful. I said that I understood her (the woman) since I would get mad as well and that she shouldn’t call her a bitch for that since it was my gf fault.

His girlfriend then turned her fury on him, asking why he was taking the other woman’s side and saying it was ok for her to talk to her like that, etc, and generally seemed to think the bf should have kept his mouth shut.

Maybe I shouldn’t have sided with this woman? I don’t feel like the woman was disrespectful so I don’t know. AITA?

He’s starting to think he was supposed to just nod and agree, but is that correct? 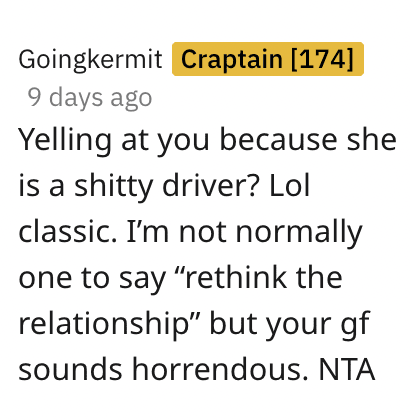 I mean, if you want to psychoanalyze it. 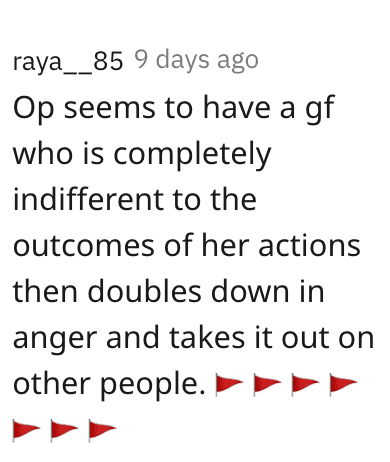 The girlfriend needs to take a good, hard inward look.

Some people thought they were both in the wrong (or in the right). 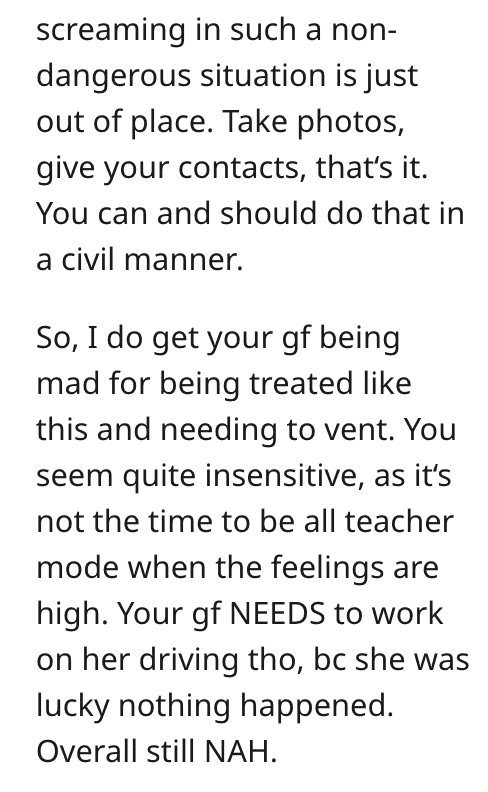 Others DID think the other driver was being a bit of a b**ch with the yelling, no matter whose fault the accident was. 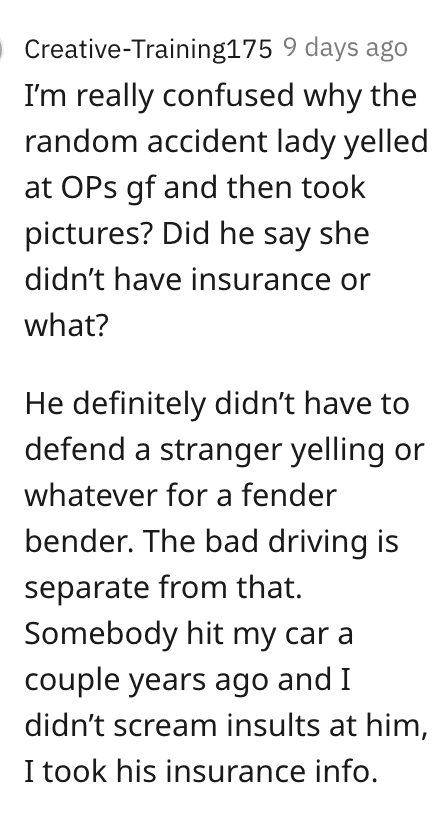 I mean, accidents happen, and everyone who drives should know how to handle one with grace.

The boyfriend probably should have just smiled and nodded, but he’s probably learned his lesson now.

What say you? Pop off in the comments!