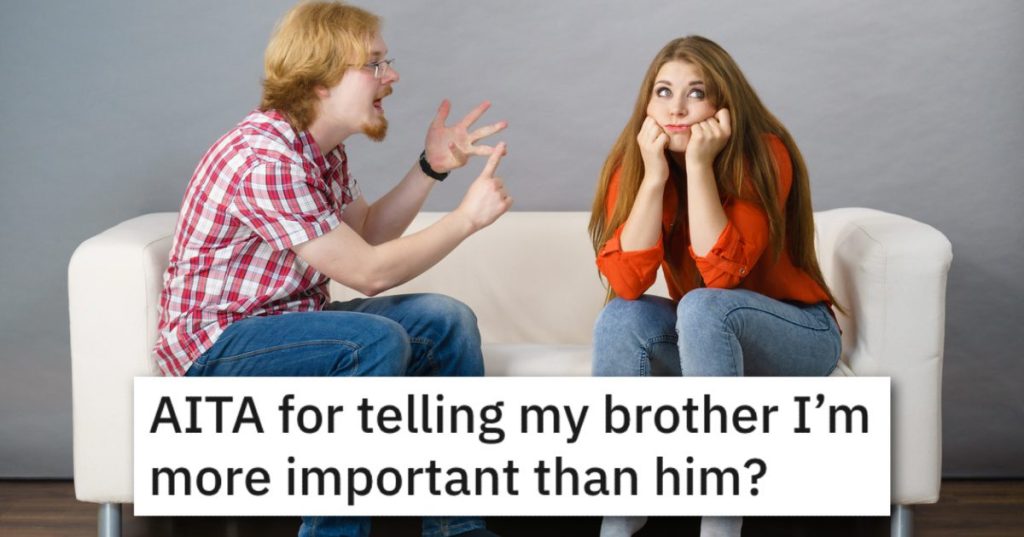 Does Being Pregnant Make You The Most Important Person In The Room?

As someone who has been pregnant a handful of times, I can confirm that much of the experience is uncomfortable. It can get to you some days, and you really appreciate the people around you putting your wants and needs first.

You should definitely take advantage, because after the baby comes you’ll never be the most important person in the room again.

OP in this case is 5 months pregnant by a friend of her older brother’s. She’s living with the guy so he can help her out, but it doesn’t sound like they’re a romantic couple by the way she phrased things.

I’m 5 months pregnant. The dad, James, is my brother’s friend. Since the pregnancy has been rough I moved in with James because he offered to help me.

The father’s friends were over hanging out one day (including her brother) and had plans to go out to dinner. He asked her what she wanted, since her nausea meant she still struggled to enjoy a nice meal.

Usually, his friends all come to his to hang out and play pool. They came over a few days ago and decided they wanted to go out to eat.

I still have really bad nausea so I can’t eat most things so James asked me what I wanted to eat.

I picked a place but my brother started complaining and asking James why he had asked me when the rest of them wanted to go get pizza instead.

Her brother objected to her choice, at which point she retorted that she was “more important than him” and they got into an argument.

Nobody else said anything but I was upset by the tone my brother was using so I told him he asked me because I was more important than him. We ended up arguing which James and the rest of their friends found funny.

Now my brother is mad at me for humiliating him in front of his friends and for being immature.

She’s asking Reddit whether or not she was wrong (or immature) for what she said, and though they have thoughts, they mostly want to know how old everyone is in this scenario.

The top comment says ESH (Everyone Sucks Here) because no one sounds as if they’d make very good parents. 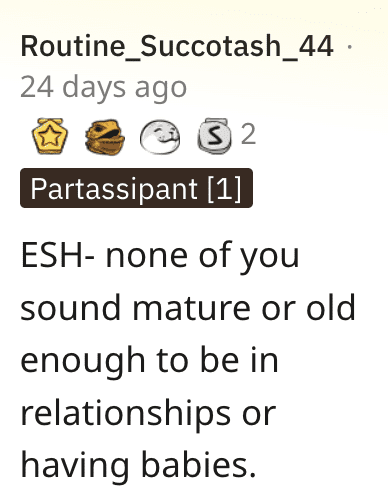 This person also thinks it’s tough to judge who is actually being the worst here. 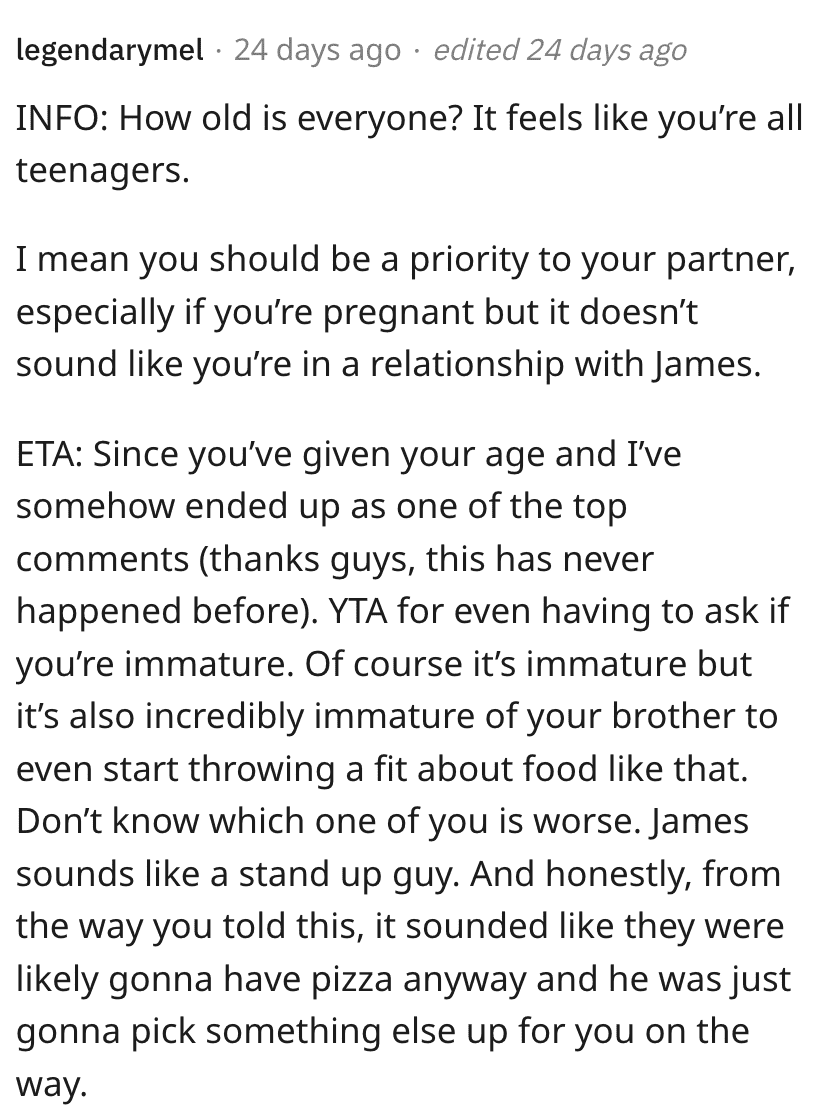 Plenty of folks were just confused about all of it. 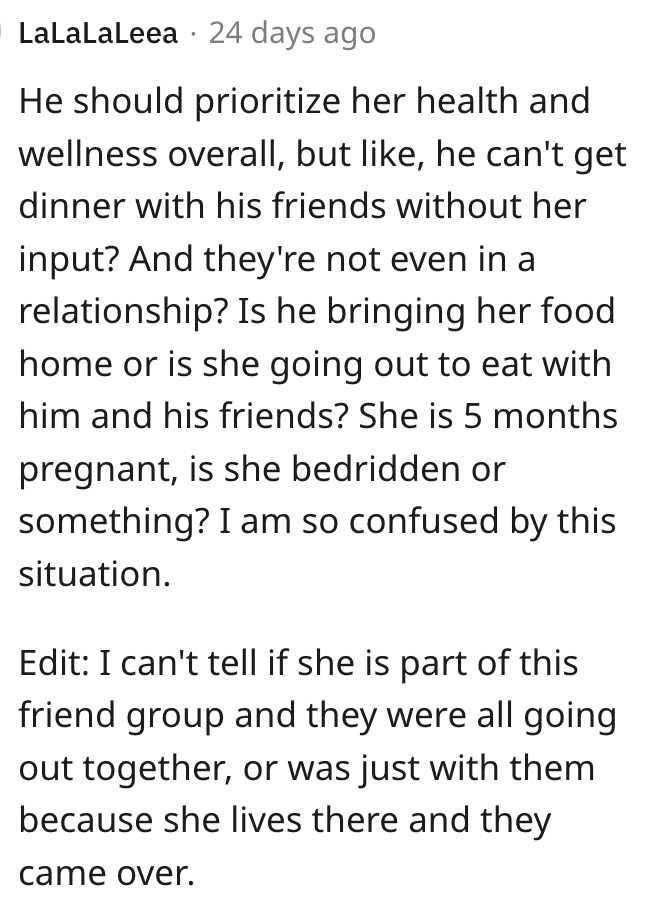 This is not the way an adult person would handle this situation, per this commenter. 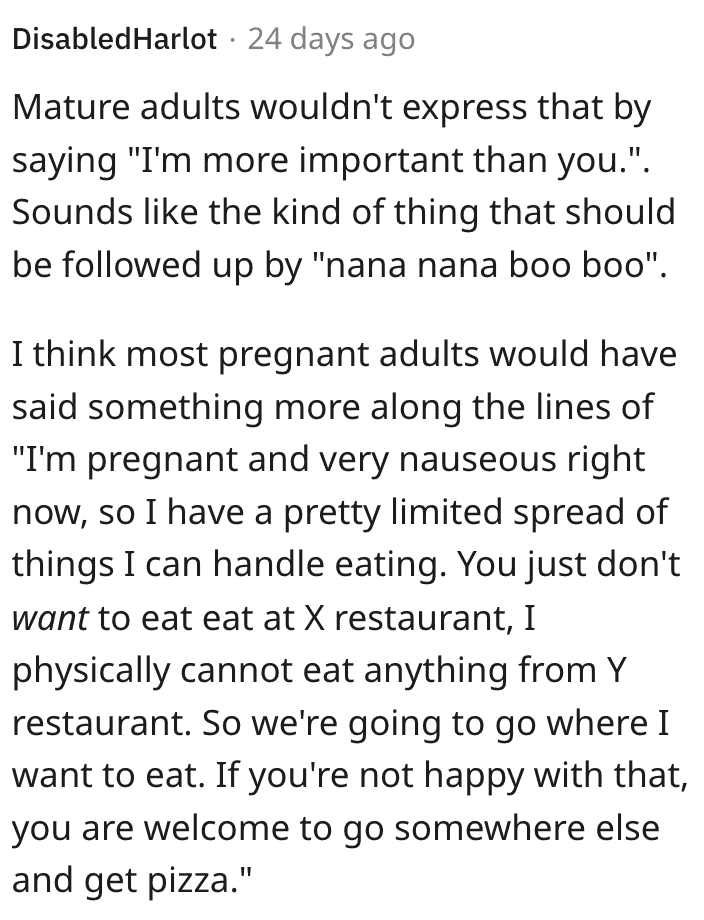 This person thinks it sounds like typical sibling bickering and nothing more. 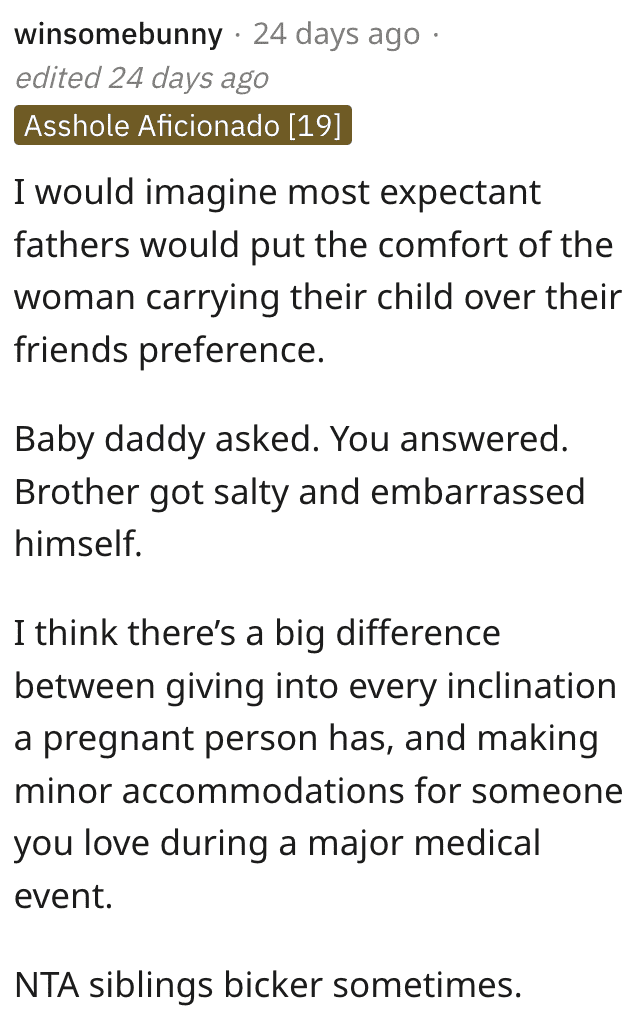 This situation seems a bit yikes, but not really because of the argument.

Did this one give you a lot of cringe-y feelings or was it just me? Sound off in the comments!