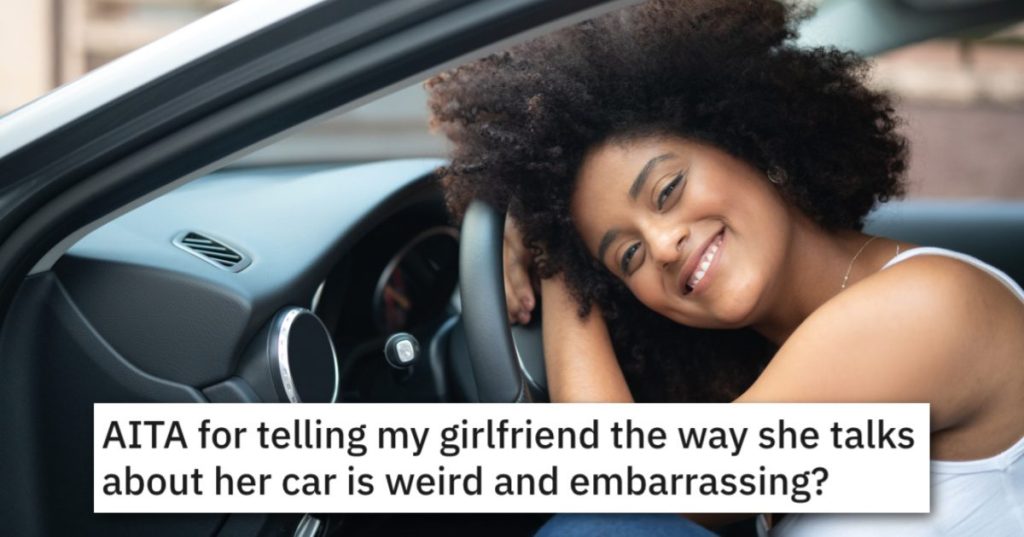 People come in all shapes and sizes, and also they all come complete with their own set of quirks. Whether or not you find these quirks annoying or endearing depends on your own makeup, and relationships usually don’t work out your “weird” doesn’t line up.

OP has known that his girlfriend has a certain quirk since their very first date. She talks to and about her car as though it’s a human friend or a pet.

I’ve (25) been dating my gf (23) for about 9 months now. When she turned 21, her parents gave her a car, and she decided to name it Angie. I learned all this on our first date, when she said “Angie took me here.” I thought that was odd but let it slide.

Throughout our relationship, she’s always talked about her car as if she’s talking about another person. When she got a flat tire on the highway a few months back, she called me and said that “Angie’s shoe broke and has to get a new one.” When she goes to the car wash she describes it as “giving Angie a bath.”

He’s “let it slide” for the 9 months they’ve been a couple. Recently, though, she was coming to pick him and his friends up and since he’d been drinking, he let his true feelings about her attachment to her car get out into the open.

This all came to a head this weekend, when me and my friends went out drinking, and my gf offered to be the designated driver. We were out for a couple hours and I admittedly got a bit too drunk. When my gf came to pick us up, she said she’s stopping at the gas station first “to get Angie something to drink.”

This is where I may be the a-hole. I told her I think it’s weird and embarrassing of her to talk about her car like that. It’s a machine, not a pet or a kid, and that she should treat it like how a normal person would treat any machine.

She took him home, told him she needed time to think, and hasn’t spoken to him since.

He’s not sure whether or not he was wrong to call her out on her “weirdness,” though.

She got very quiet and refused to say anything for the rest of the drive home. She dropped off my friends, and then drove to my apartment. I asked her why we weren’t going back to hers, and she said she needed some time to think and told me to get out.

She’s been radio silent since then and I’m starting to think I did something wrong. AITA for what I said?

In an edit, he said he was dumped.

Update: well she dumped me. She found the post, called me and told me never to speak to her again.

I guess it’s for the best though, we really wouldn’t have been that compatible, as many of you have said. Thank you for your judgements.

Don’t worry, Reddit is about to take weird to a whole new level.

Soooo many people in the comments don’t think this is actually weird at all.

Basically, this girl is not hurting anyone so why does OP want to crap on her happiness? 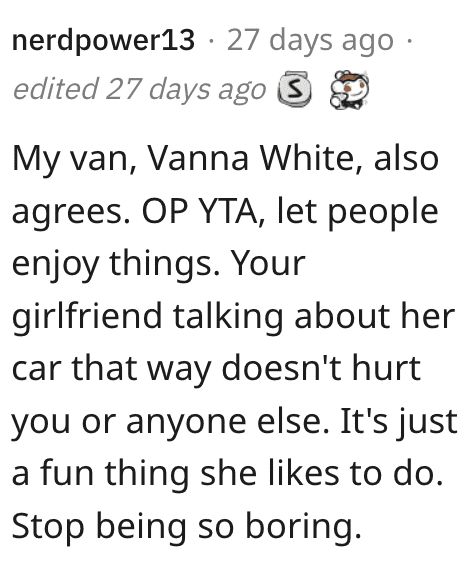 Seriously, what kind of person is so bothered by this? 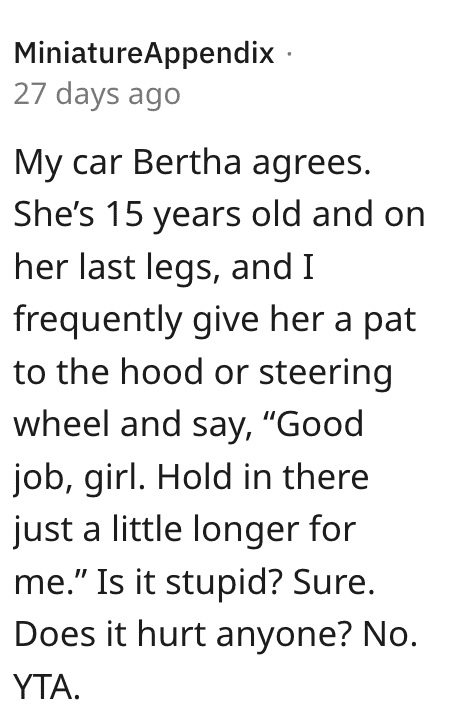 OP is probably just too insecure to be a little bit weird himself. 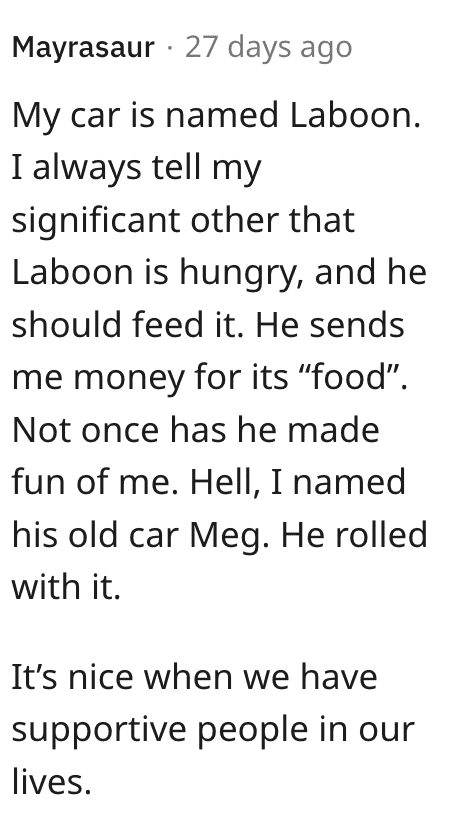 A popular assessment also seems to be that OP is just boring. 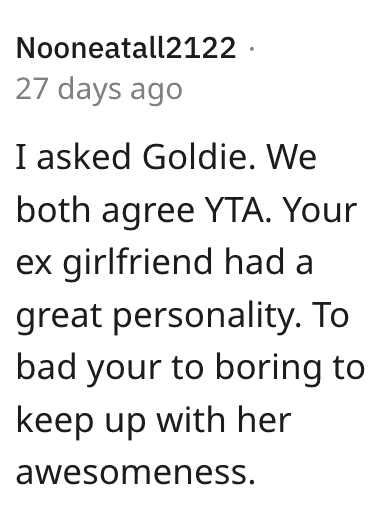 Y’all, I’m begging you to stop dating people you don’t like.

OP’s girlfriend definitely did, so good on her.