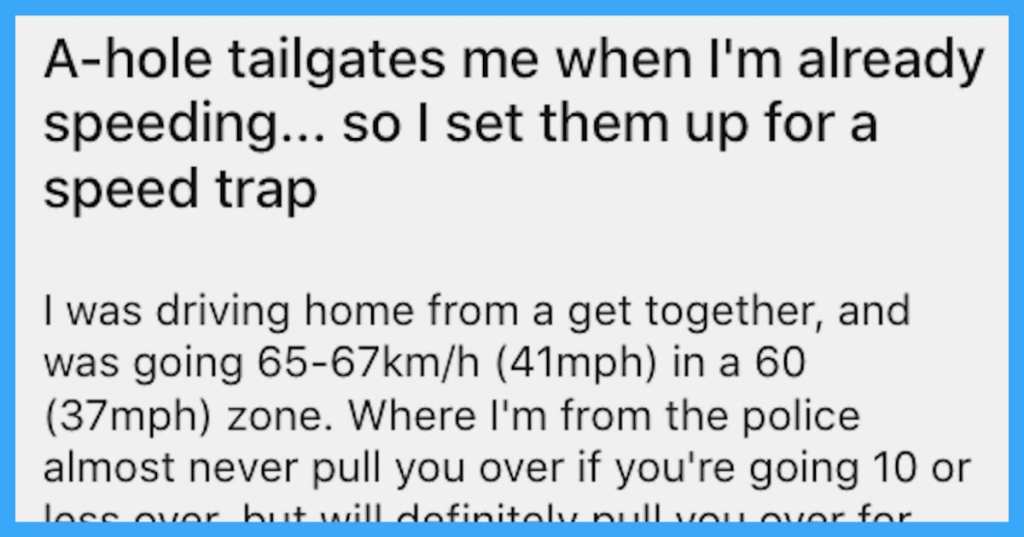 Driver Leads Tailgaiting Karen Into the Perfect Revenge: a Speed-Trap!

Tailgating, or trying to intimidate by following close behind another driver, is annoying for everyone on the road and it doesn’t get anyone anywhere faster. With that being said, no one should be hanging out in the left lane. Pass and either lead or get back over right.

However, a recent Karen tried to make her point by tailgating and got exactly what she deserved–a speeding ticket.

First, the set up… 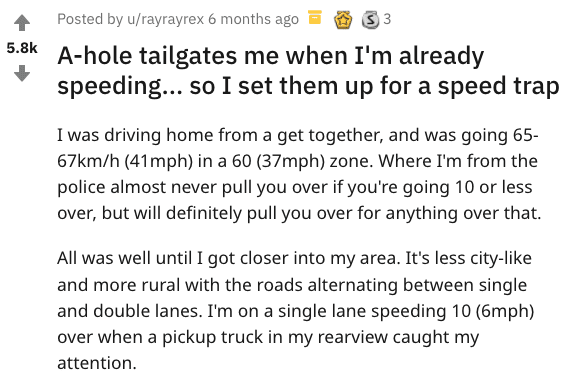 Who are these jokers?!? 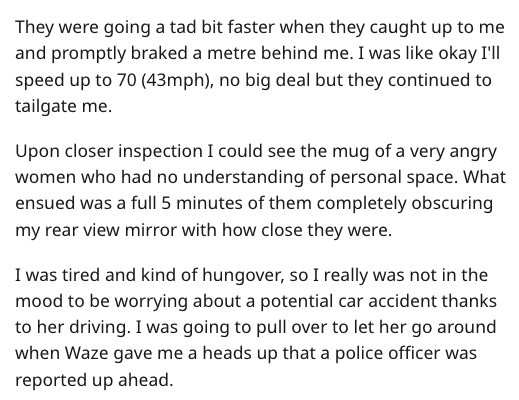 Time for some instant karma! 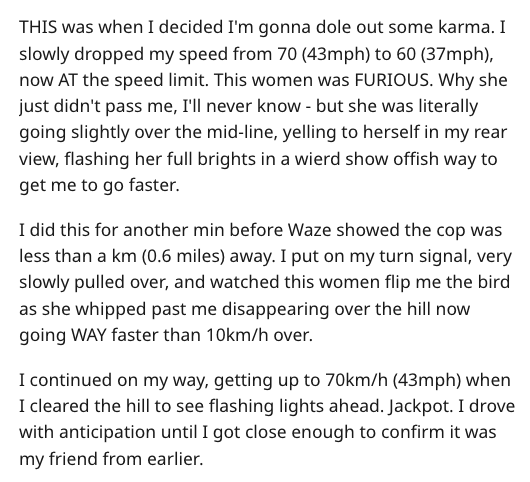 It’s because they take on these jerks. 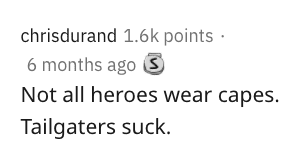 Tailgating is one of the most unsafe stunts to pull while driving.

If there’s an accident, it will almost always be the tailgater’s fault. 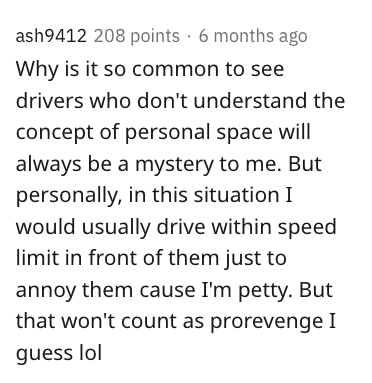 So, of course, it’s beautiful when tailgaters get what they deserve.

But it doesn’t happen enough.

The whole plan was perfectly executed, and they used technology for good. 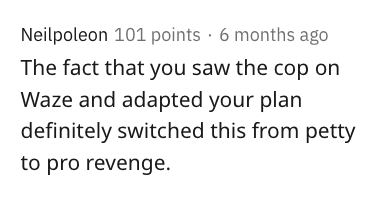 This commenter makes a great point. The left lane is for passing so use it. Don’t just tailgate when there’s another way around. 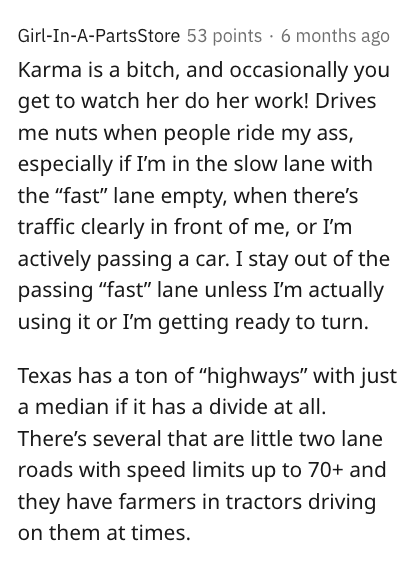 Here’s another great suggestion to get rid of a tailgater. And this is especially good to use if the other driver is in a shiny, clean convertible. 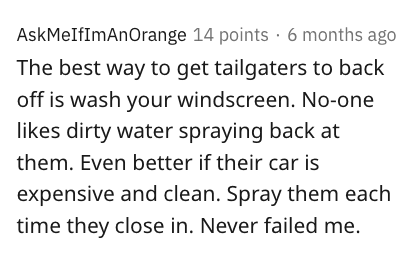 Yes, tailgaters are bullies and creeps. 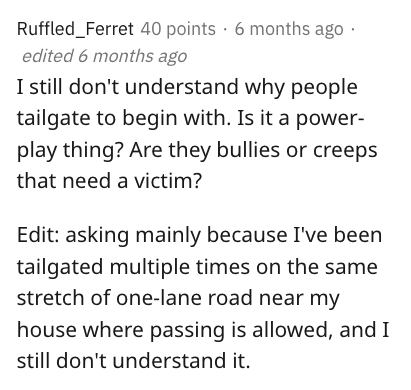 We love a story with a happy ending. In this one, the innocent driver gets sweet revenge, the cop gets to write a juicy ticket and the Karen gets what she deserves.

We wonder if she asked to speak to the cop’s manager? That’s for another Reddit.

What do you do with tailgaters? Ignore them or try to troll them? Or are you the tailgater that believes the action is sometimes justified?