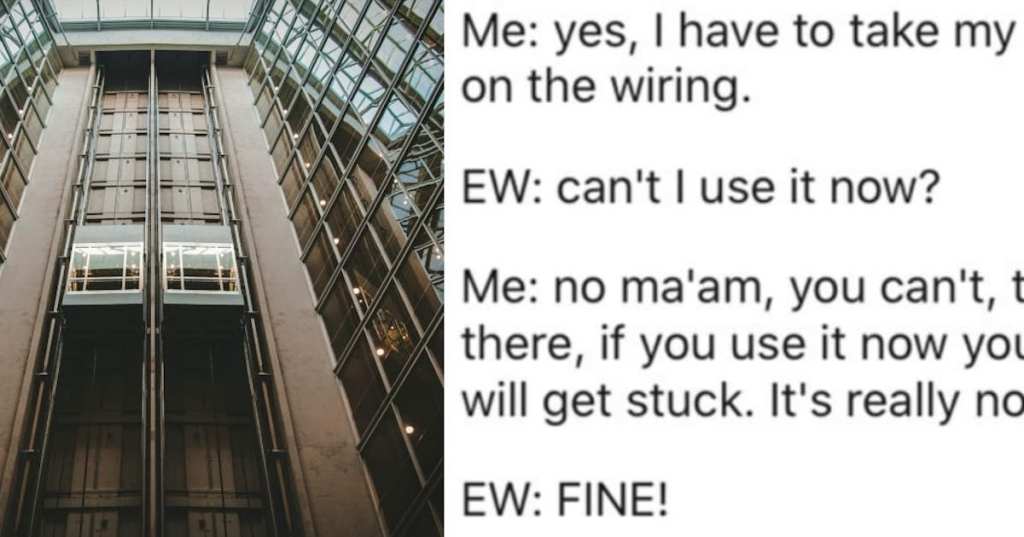 Elevator Technician Gets Revenge on an Impatient Entitled Woman

There are people in this world who just feel like they are owed anything and everything simply because they want it.

Sometimes, that means they think they are entitled to tangible objects. Other times, they demonstrate that they believe everyone should orient their lives around what works best for them.

In this story, an elevator technician explains how he exacted revenge on a woman who just couldn’t wait for an hour while he fixed the elevator in her building.

And it turns out that he wasn’t the only one who was frustrated with her.

The guy starts by explaining that the job is exactly what it sounds like: when the elevator breaks, he’s the one who comes out and fixes it. 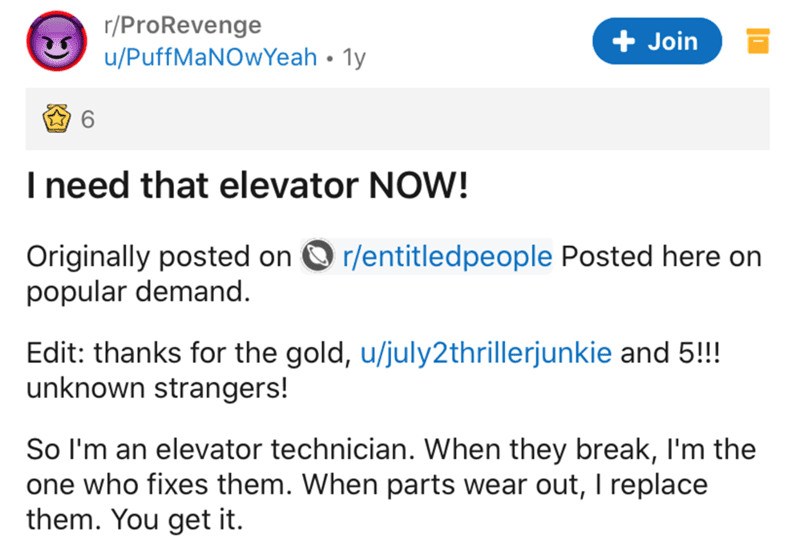 So far, so good. We’re all following.

One day, he needed to replace an emergency light in an elevator.

He explains that elevator tech has evolved, so when these lights go out, it usually takes a while to swap it all. 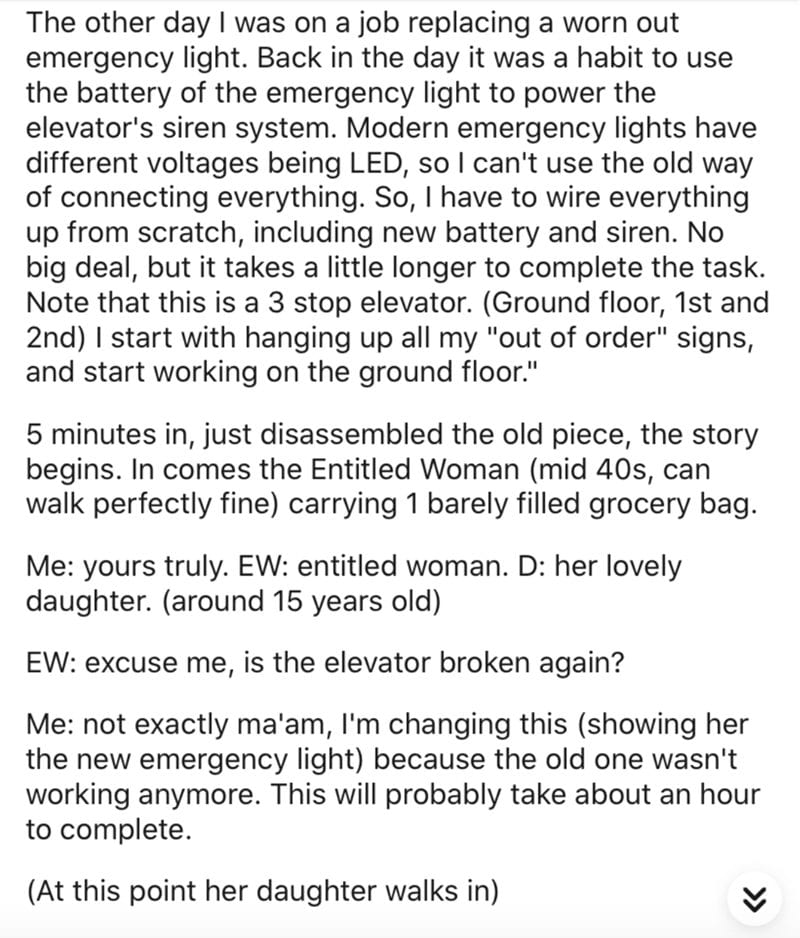 He’s clearly stated how long the job will take, and it’s a pretty important one.

However, the woman isn’t happy with this response. 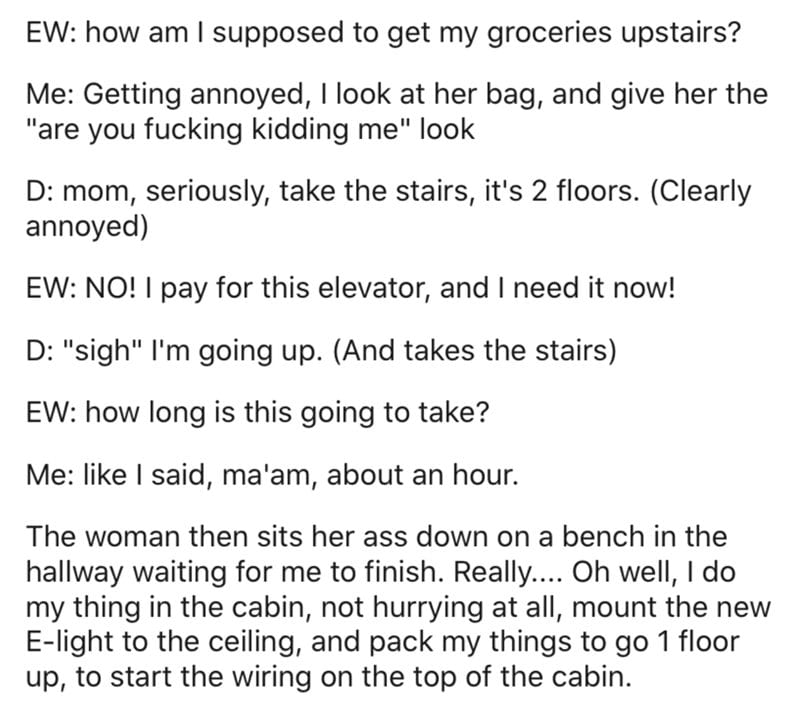 She’s already mad about having to use the stairs, and decides that it’s better to just wait an hour instead.

What about her groceries? 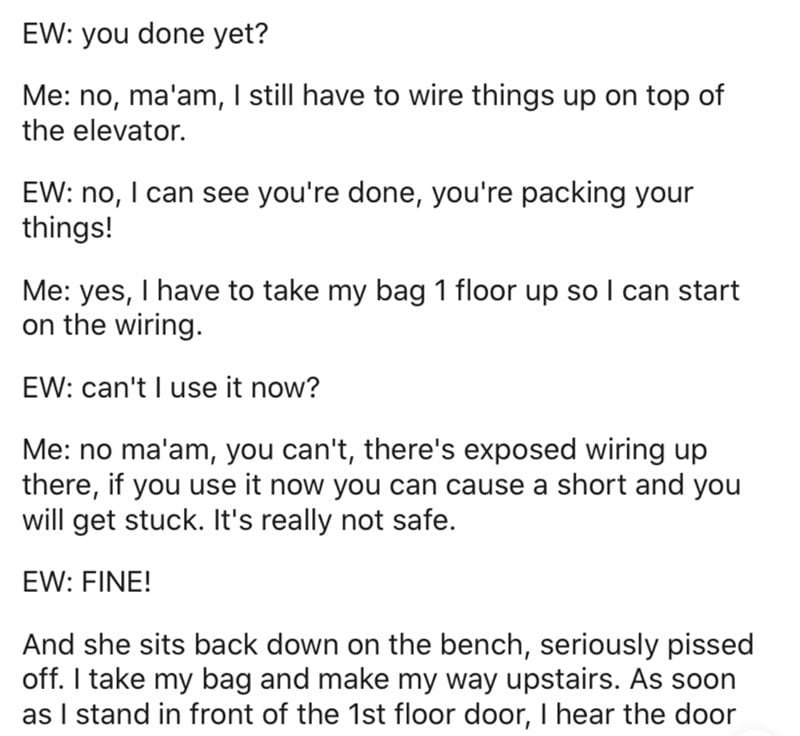 At this point, it’s definitely pretty galling that the woman is still sitting right there. 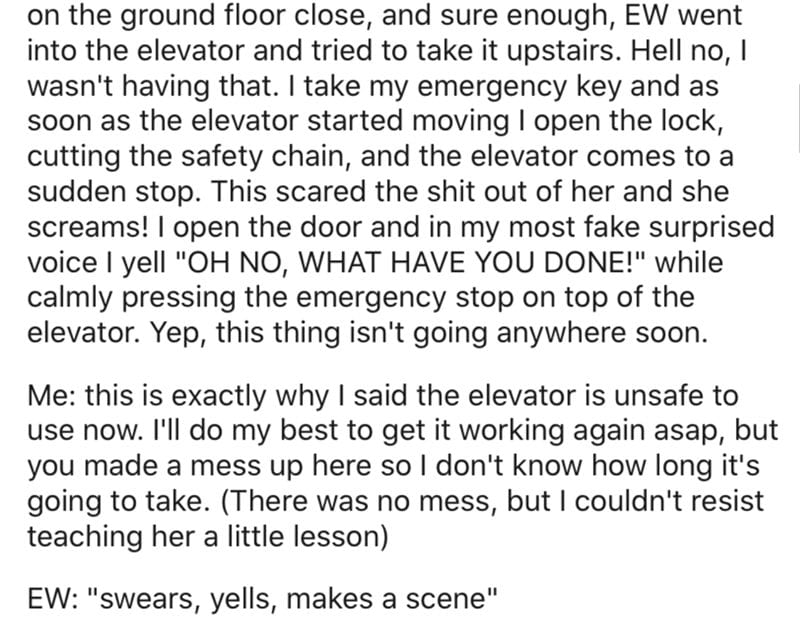 The woman has got to be totally freaking out right now! 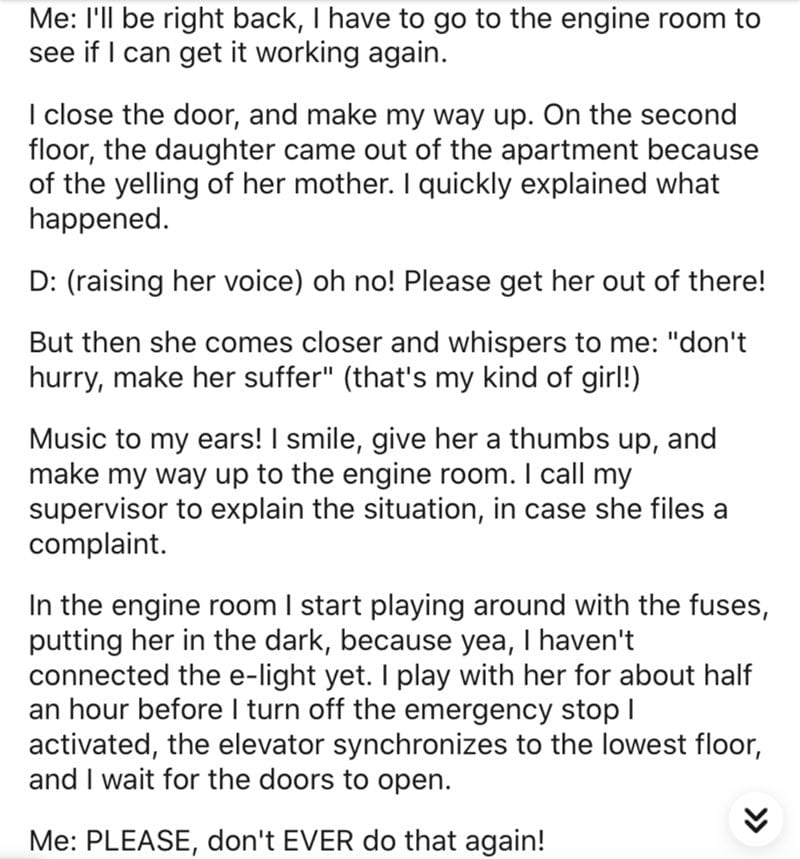 Can you believe the daughter is totally supportive?

This woman must be pretty challenging to live with.

Also, before you get super worried, the technician made sure the woman was always safe. 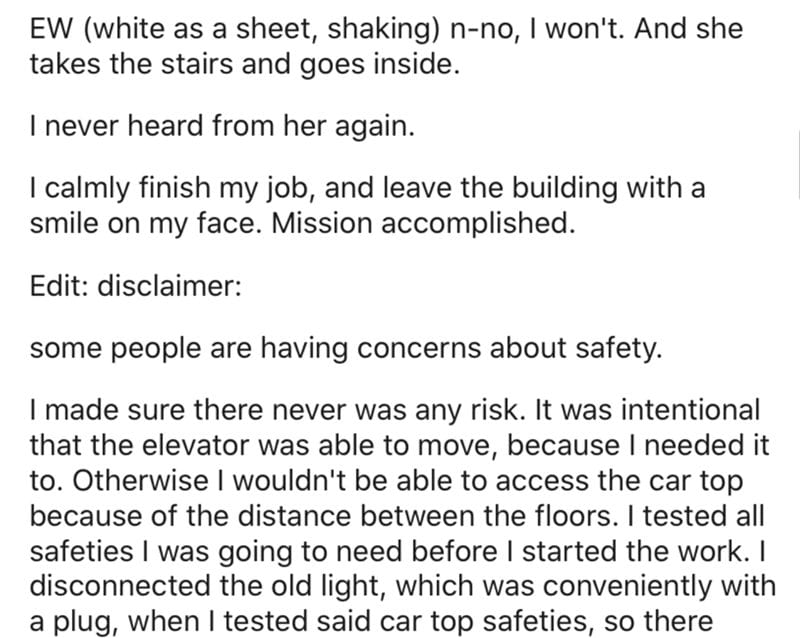 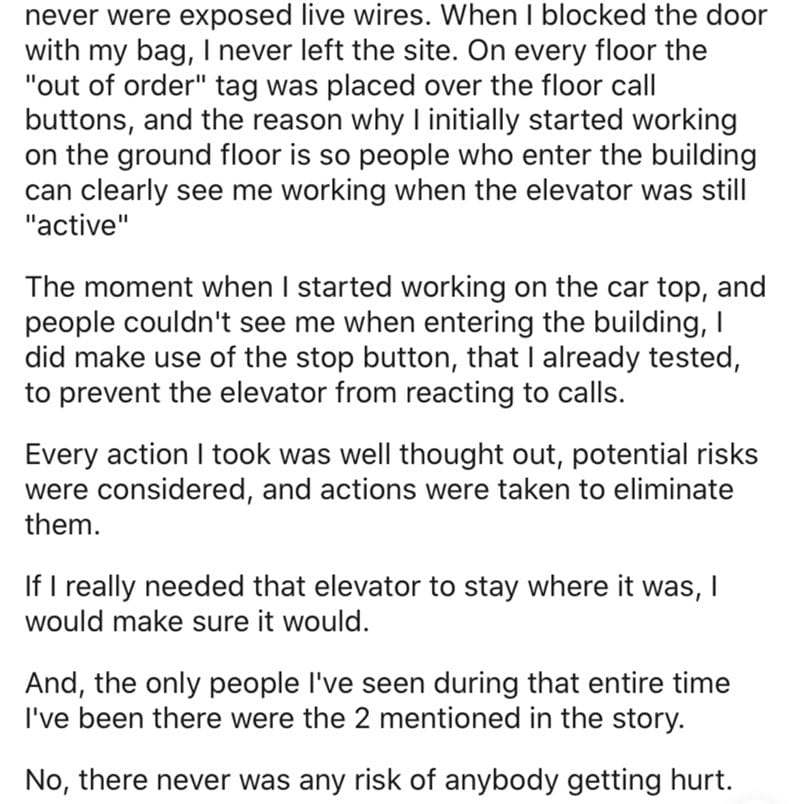 That story is truly wild! It’s amazing how quickly the technician was able to exact his revenge.

Which part do you think is the funniest?