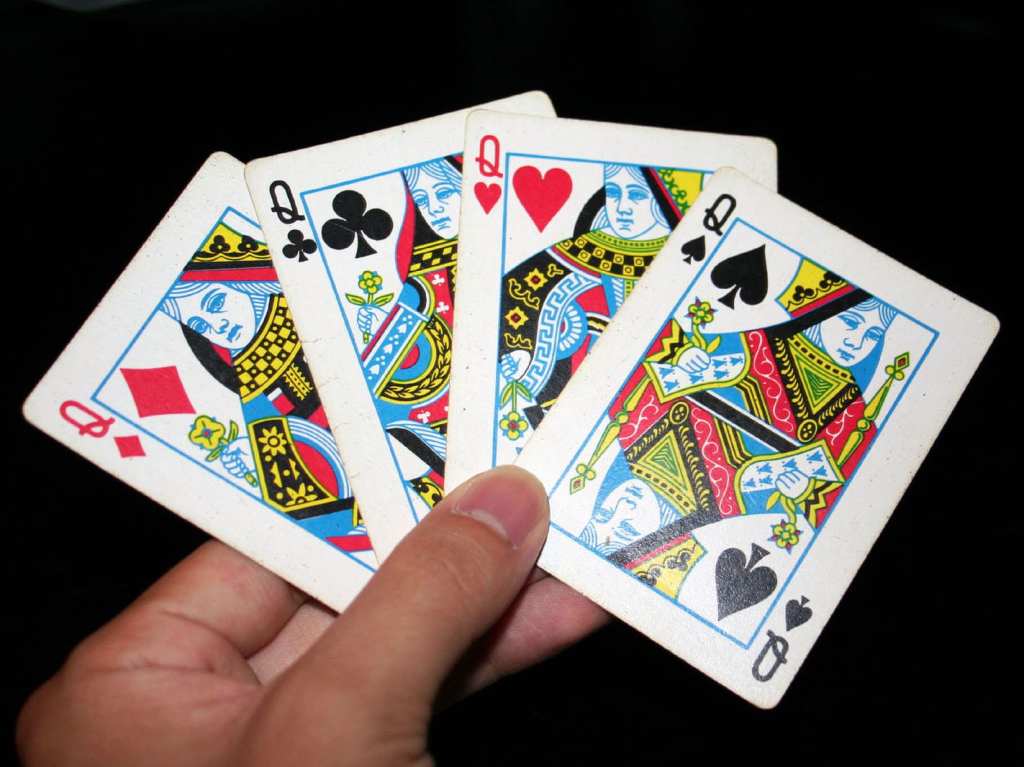 Entitled Aunt Decides to Pay for Niece’s Work With Exposure

Did you know you can make sandwiches out of exposure and live quite comfortably?

Actually, that’s BS, but it doesn’t stop throngs of people who want the art, or the music or the article or whatever, from offering to replace money with exposure like they are granting a big favor.

Guess what? Money is good, thanks.

Here’s a story about how the aunt of an artist, after agreeing on payment, decided to bequeath exposure instead, and how it bit her hard in the butt.

My Aunt tried to use the “you don’t need money, I’m giving you experience and exposure” for some art I did for “business.” She got called out, now her entire scam (and life) is unravelling and while I don’t like to gloat, I can’t help but snicker.

I originally posted my question on r/relationships on Monday so for the whole backstory please click on my profile but… tl;dr: Aunt Jay (by marriage) asked me to do several pieces of art for her real estate business. I’m in school and am positive I told her that I would need to be paid. I’m also positive she agreed to pay me. My major mistake for not agreeing to terms up front but she still tried to take advantage of me. She was difficult, refused to accept drafts then hated the finished products. I was out tons of time and money and tried to wash my hands of her. Out of the blue she wanted me to fly out (on my own dime) to paint her office mural. I said I would have to get paid for previous work and she exploded on me and told me that “exposure from people like me is great for people like you” and “I’m giving you experience.”

That was Monday, first thing Tuesday morning I had a meeting with my schools licensing/legal advisor and she helped me draft a letter stating since no legal transfer of ownership had taken place, Aunt Jay was to cease using any of my work immediately. We also wrote up and invoice for my time, materials and shipping up to that point (with a very friendly 15% family discount) and that if Aunt Jay were to work out a payment plan she could continue using the finished pieces. I emailed them to her.

I was very sincerely trying to handle this like an adult and not involve my parents or my uncle (dad’s brother and Aunt Jays husband) but maybe 1.5 hours after I pressed send on the email my mom called me.

Mom: “Aunt Jay just called and completely chewed me out over what an ungrateful brat you are. What’s going on?”

I explained the situation to her and apologized because I really was trying to handle it myself. She was apoplectic mad and revealed to me that Aunt Jay had been pulling this kind of bullshit ever since she married my uncle. Mom really wished I would have called when this first started and she would have advised to me avoid ever doing anything with her. I said I was sorry that I was in so deep but I felt like I was handling it ok. My Mom asked if it was ok if she got involved, I said that was ok.

Aunt Jay got her real estate license last fall and had been telling my uncle that she was a “lock” to be a franchisee (or whatever you call it in real estate) for a nation wide real estate company. I’ll just say ProMax. My mom called a local ProMax office and asked who she should talk to because one of their agents had commissioned several thousands of dollars worth of professional promotional materials and was refusing to pay. She was put on the phone with whoever was the highest “ranking” agent in my home town who was incredibly confused because all the local offices were under his guidance and they had a promotional materials contract with a local graphic design company. My mom gave him Aunt Jay’s name and holy shit…

Aunt Jay was using this multi million dollar real estate companies name and materials when she wasn’t even part of the company! I mean this is a huge deal and she could literally be facing years of legal trouble and since real estate licensing is a fairly small world in our state, she is almost certainly going to lose her license if ProMax pursues her. I honestly don’t know enough about real estate to know how or even if she was making this work or if she was just biding her time until the franchise did come trough… I have no idea…maybe her scam wouldn’t have been figured out if she’d just paid me.

But it gets even deeper than this. Aunt Jay had just bought a huge new Cadillac Escalade over Christmas and since she said it was for work, she told my uncle that ProMax was helping her finance it. My dad called my uncle (his brother) to let him know what my mom had found out as a heads up. My uncle freaked out because obviously if she wasn’t part of ProMax then she wasn’t getting generous financing terms from ProMax on her new $80000 dollar car. My uncle ran his credit and it looks like Aunt Jay had taken out two credit cards in his name and maxed them out–he thinks for the down payment on this car.

So not only was Aunt Jay screwing me over, she was in a round about way stealing using the established name of a multimillion dollar company….but she committed identity theft against her own husband to! And now she’s been exposed because she refused to pay me.

My uncle told my dad that he’s known that last straw has been coming for a long time and this was a last log. He’s contacting divorce attorneys immediately in hopes he doesn’t get taken down in case ProMax decides to pursue real legal action against her. He’s going to have the lawyer advise him on what to do about the identity theft.

Basically, Aunt Jay is screwed in every way imaginable. I’ve never been one to gloat and I always take pity on people who are having a hard time…I’m not this time. 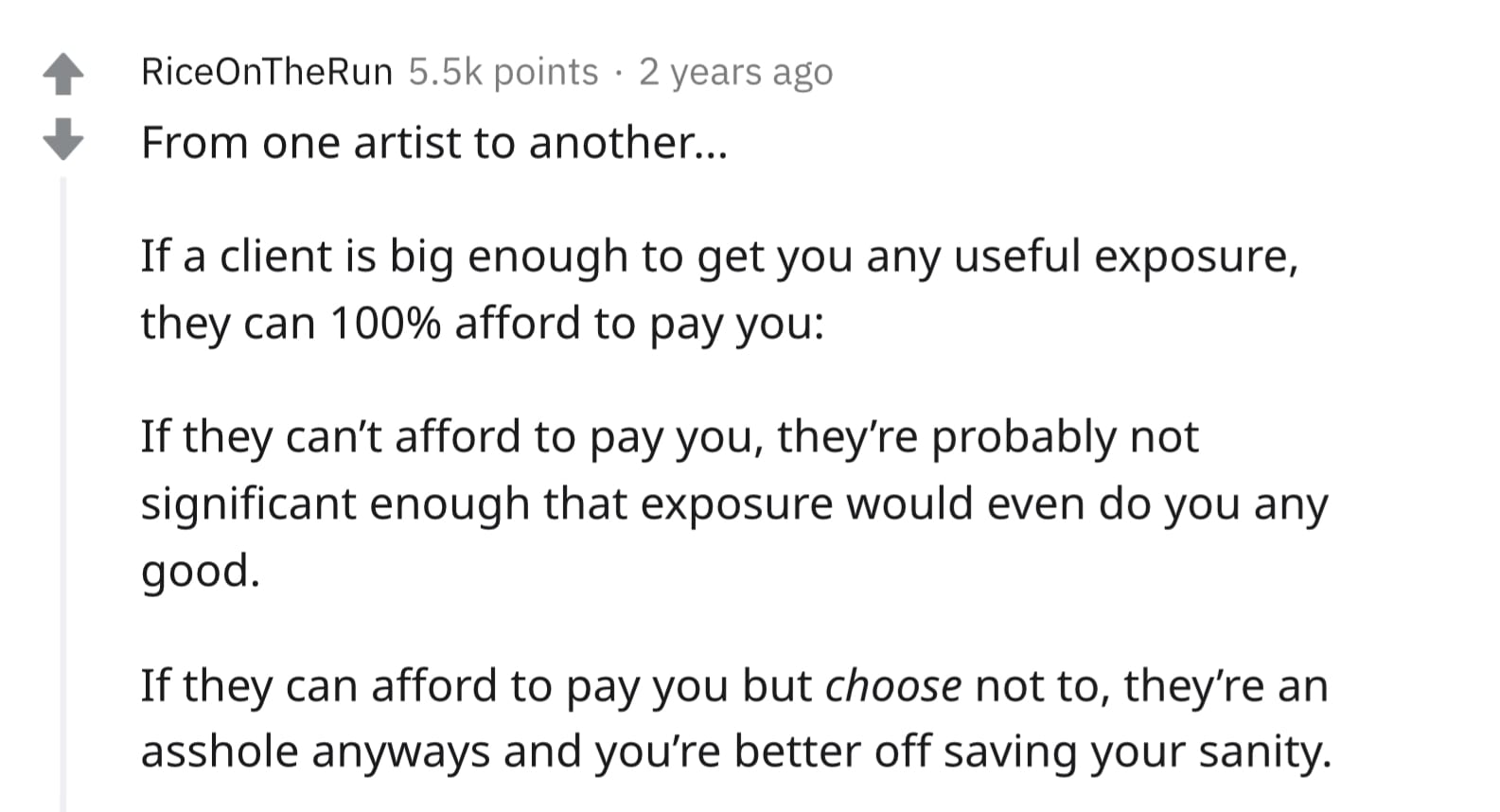 Time for her to grow up.

It strikes when it can.

The whole family should probably check their credit reports.

Aunts are supposed to be cool.

Aunt Jay’s name should be changed to Auntie Family, because she’s the opposite of how family is supposed to act. But in the end, she got what she deserved.

The best part was that the OP didn’t have to do anything but tell the truth about what happened and watch Aunt Jay’s house of cards fall.

What do you think? Let us know in the comments!