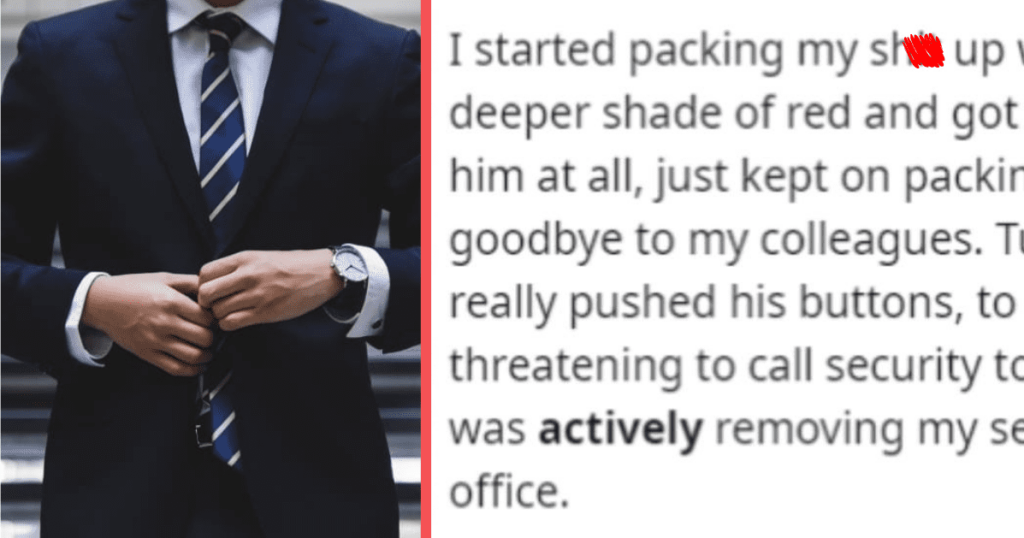 If you’ve spent your working years employed by someone else, it’s possible you have encountered a terrible boss here or there.

It can be really demoralizing when your boss or manager treats you badly, and even worse when they treat the entire team that way. Sometimes, it seems like bosses even forget that their employees are actual human beings.

One person shared a pretty sweet story of how their evil boss got instant karma and lost an entire department.

The person starts by noting that they were hired on to help manage some problems that their predecessor had left behind. That’s not ideal, but it’s doable. 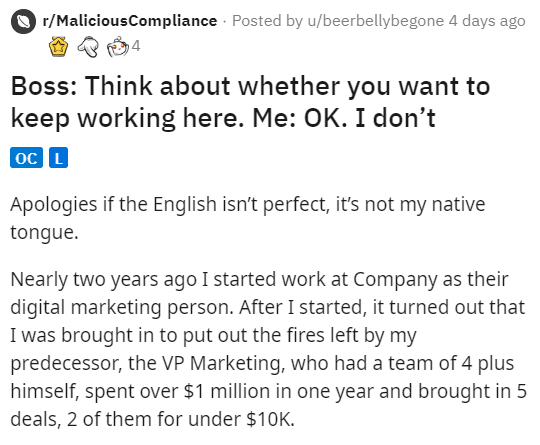 And as these things so often do, everything started out really well. As long as the person did what they were supposed to do, the boss mostly left them alone. 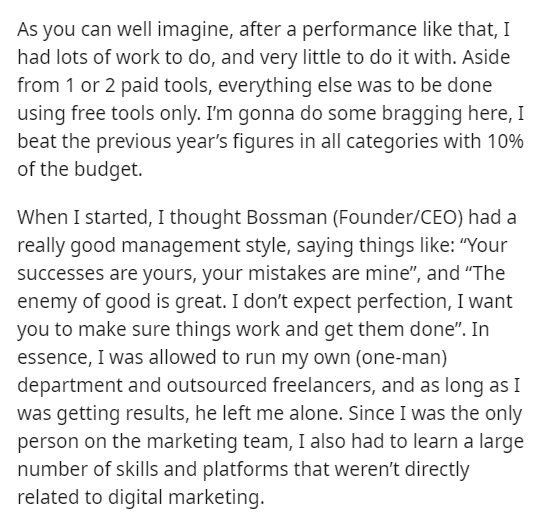 Unfortunately, it turns out that the boss has some pretty hardcore anger management issues. 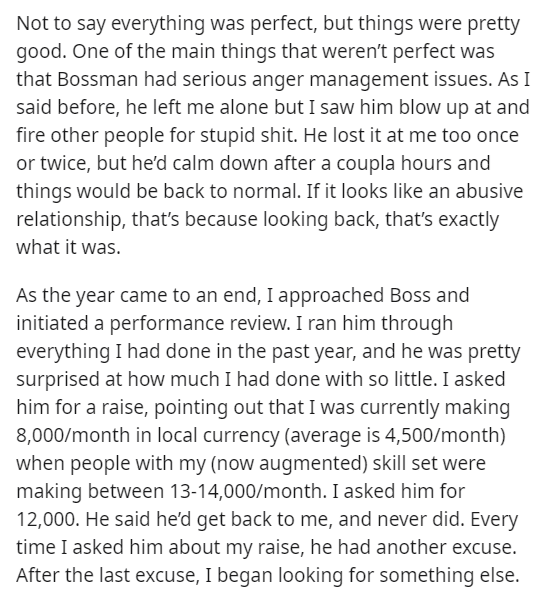 And of course, as soon as they asked for a raise… total crickets.

Fast forward a few weeks, and it turns out the employee made a mistake.

They say it wasn’t huge, and the problem was fixed… but the boss totally overreacted. 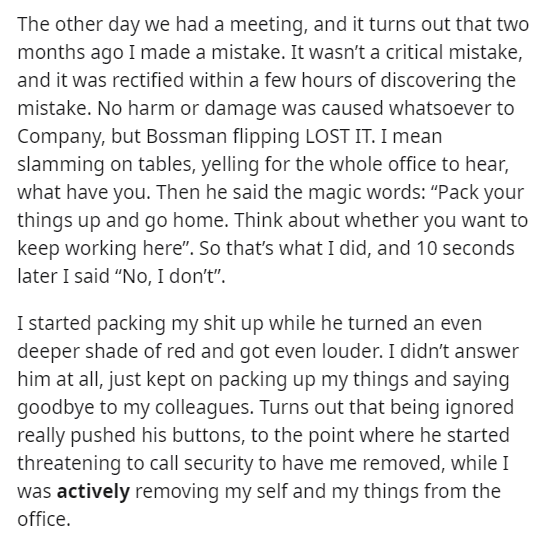 The employee also knows their rights, and lives in a country that really supports workers. In news that will surprise no one reading along, it turns out the boss violated pretty much all of the rules and protections put into place.

The employee is obviously going to be fine, and to make matters even better, they were the only member of the marketing department. Guess what the boss doesn’t have now? 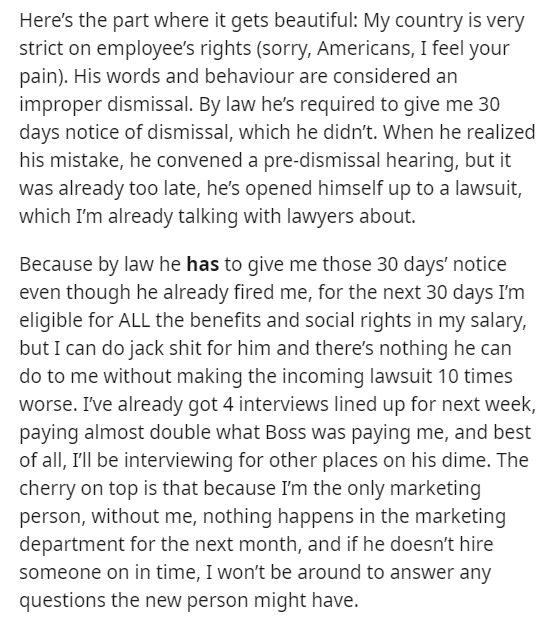 Let us know what you think about it in the comments!