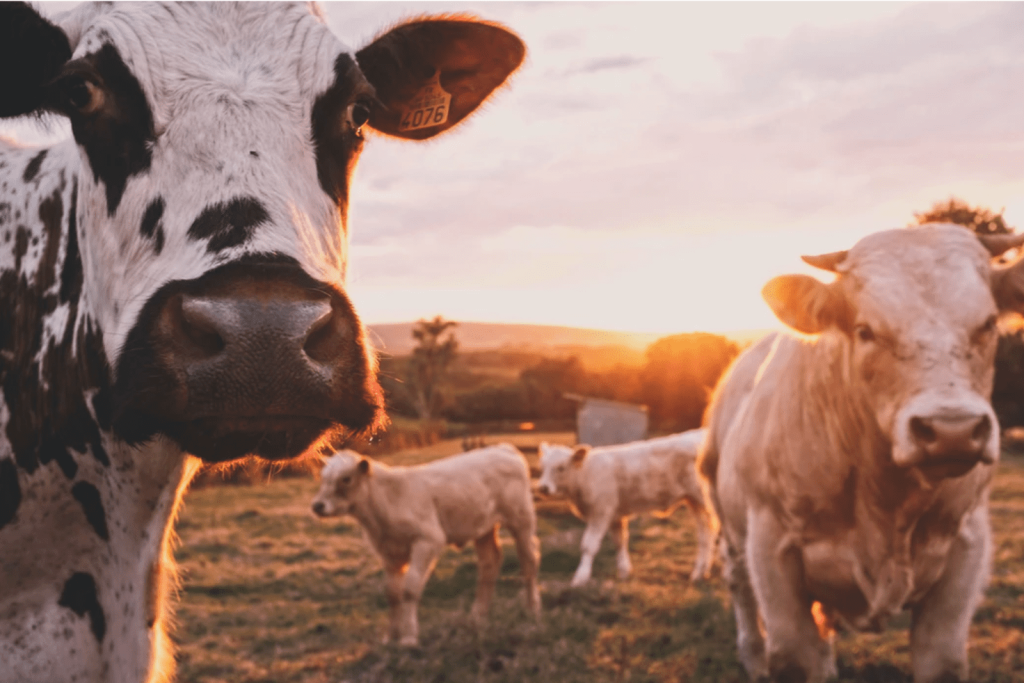 I have a good friend who grew up on a farm in Iowa and she has told me some very interesting stories over the years about the odd things that animals do.

It’s like Wild Kingdom on those plots of land, you know?!?!

All kinds of crazy stuff going on!

Here are some pretty wild stories from AskReddit users about the things they’ve seen go down on farms.

1. A story from the stable.

“Worked at a stable with 53 horses and 1 donkey.

One morning, while feeding, I came across an empty stall that hadn’t been empty at 11 p.m. the night before. This stall belonged to a huge Fresian x Percheron stallion. The mystery was:

The stall door was completely closed and secure, and I was alone, so no one else would have taken him.

How did this giant horse teleport out of his stall?

Well, we had small feed windows that some of the horses had learned to open with their mouths. This wasn’t a big deal as we’d just latch them shut with clips. The openings were big enough for them to stick their heads out, but not really their bodies lol

His was open. So he actually somehow squeezed through the feed window, jumped maybe? I have no idea to this day how it happened…

But it gets better:

I had left all the mares outside overnight. My heart sank when I ran to the pasture and found him chasing/breeding with all the girls, like his own harem. He had a s*xy fun night.

It was a rough day having to parade all the mares past his stall to see if they mated, and then calling their owners to tell them their horses needed plan B.”

“Had a donkey that would open gates. For the horses and cows.

Then he’d just walk through the fence into a closed pasture. I’d get back from running errands and the place would be a s**tshow. The horses would be destroying the hay barn and the cows were in the neighbor’s hay fields or tearing up the lawn.

And the donkey is off on his own like he had nothing to do with it.”

“I had a goat that would turn the barn lights off and on at night. No clue why he did it, and he always shut them off after turning them on.

We weren’t sure exactly WHO was working the light switch, but suspected it was him (he was a fairly bright individual, no pun intended). It was confirmed that it was indeed Chevy flipping them on/off when we gifted him to a lady who fell in love with him when visiting the farm, and the lights have not been turned on by anything other than a human since.”

“Grew up with horses. Had this one mare who was TOO smart.

She would shove hay/objects under her water spigot and flood the barn if you did not pay enough attention to her. She had 4 locks on her stall because she figured out how to open all of them, including a carabiner clip.

On more than one occasion during the night, she would escape her stall, unlock all the other horses stalls and have a horse party till morning, when there’s half a dozen horses in the garden eating the summer vegetables and another half dozen clip-clopping down the road, confusing motorists.

More backstory – She is very much still alive and kicking at age 21. She has long since retired in her very own field with her best horsey friend in a very sunny climate, and spends 90% of her time outdoors.”

One year we had goats that were constantly getting out of the pen, which had a 6′ fence. My dad built it up to 10′, and an hour later they were out again.

He puts up army netting over the top of the whole enclosure, looks out the window half an hour later, and a goat is walking along the top of the fence like it’s no big deal.”

“Grew up on a farm. We had a ram, of the big curly horns variety. You don’t want lambs to be born midwinter when conditions are harsh and feed is short, so you keep the ram away from the ewes except when the timing is right.

This ram could smell ewes in heat, on the other side of a very sturdy door made entirely from 2×4 and held by heavy-duty hinges. Dead-bolted, of course.

He spent several days and nights repeatedly head-butting that door, just running at it full tilt every few seconds. One morning we found a broken door, and a very happy ram amongst exhausted ewes who could barely stand on their feet.

7. All kinds of stories.

“We had several entertaining animals.

Nana the calf figured out how to open every door in the barn. She did hundreds of dollars of damage to the saddles by chewing on them to get the salt from the horse’s sweat. She later got addicted to the root beer candy in Dad’s overalls pocket.

That, and the fact we used to wrestle when she was a calf, led to a full-grown Nala greeting my father by sticking her head between his legs and flipping him onto her back in an attempt to get the candy. He normally didn’t keep bucket calves, but she was a character and very intelligent.

We had a pig that thought it was a horse. Wasn’t happy unless she was roaming the pastures with the herd.

The neighbor had a dog that could shoot basketballs into the hoop. We got a pup off of him and she was crazy smart. She trained the rest of the cow dogs to follow.

We had a goat that would break up bull fights. Bulls fighting is a bad deal because they can break their penises, rendering them worthless. The goat would horn them in the nuts to break it up. He would also bathe in the bull piss, so he didn’t smell very good.”

“My uncle has a Polaroid picture of a cow standing on top of his cattle hauler. No, I don’t mean a pickup truck trailer. I mean a full blown semi truck cattle hauler.

“My grandparents had a dog who was immortal.

He got hit by a train twice, kicked by several cows, they lost count of how many cars he got hit by, all of that and all he was missing was a leg.

His most incredible feat was somehow ending up in Minnesota from their place in Manitoba a good 500 km away, my grandparents only found out because a friend of theirs saw him.”

We heard a lot of noise during the night. When we woke up one of the bulls had died. He was lying on his back with all four feet stretched out upwards like in a cartoon.

There was a cow by each hoof having a damn good scratch with the others formed an orderly queue.”

“I worked on a farm for a good seven/eight years. We had this one pony who was a f**king mastermind.

Managed to open gates that even I had trouble opening with opposable thumbs. One day we noticed he wasn’t with the herd and long story short found him a good mile or two down the highway just hanging out.

He was a bitch to train, too. Did not like to listen and had a tendency to just take off with someone on his back. Usually me, since I was the one training him.

“When I was young, too young to really be of much help, our cows staged a rebellion. They tipped over the metal hay feeder, and rolled the bale of hay down a hill and onto the electric fence.

Then used it as a bridge to cross the fence and escape. Took my old man and one of the farmhands almost a week to round them all up because they scattered as quickly as they could into the woods.”

“My great, great uncle was eaten alive by pigs when he was a 9 year old boy. Depression era farm. Crushing poverty. Bad yields. His father was feeding the pigs corn cut with saw dust. The pigs were starving.

My great uncle was out feeding the pigs on his own because his parents had taken what they could sell to town. When his parents got back they found their 9 year old son’s remains.

The pigs attacked him and ate every bit of meat off his body and even most of his bones. They left the corn and saw dust alone that day. His dad slaughtered the pigs and they literally ate the pigs that ate their son because they couldn’t afford to give up the meat.”

“Only have a small hobby farm, not a farmer farmer, but… It’s always goats or cows, man. We took on a re-home goat to join our small mob of 5 Arapawa wethers. He needed to be introduced very slowly, because Arapawas are absolute bastards about the pecking order.

We locked him up in a small stall in the goat hut, where the only gap was about 15cm between the roof of the hut and the top of the metal gate. The next morning, the locked gate was still there and the goat was not. Found him joyfully frolicking in the paddock with the others, because goats are a) contrarians and b) liquid.

My favourite “how the f**k” moment was definitely our neighbour’s cow. Old mate has been a farmer for 40+ years, and knows his s**t. He raises beef cattle as a side gig, and had selected a few of them for the meat-works.

He hadn’t had the bull in with any of the girls so none of them were in calf, and calving season was done anyway. But cows are too smart by half, so one of them decided to drop a calf an hour before the truck showed up to cart everyone off to the abattoir.

Having an immaculate conception baby to get out of something you don’t wanna do is a pretty boss move. Needless to say, she (and junior) got to stay home that day.”

There’s a lot of strange things going on at farms, huh?

If you’ve ever lived or worked on a farm, tell us about your experiences and let us know the weirdest things you’ve ever seen animals do.