In 1957, Five Guys Stood Underneath a Nuclear Blast… on Purpose.

On July 19, 1957, five military men stood in the desert at the Nevada Test Site while a nuclear bomb was detonated 10,000 feet above their heads. 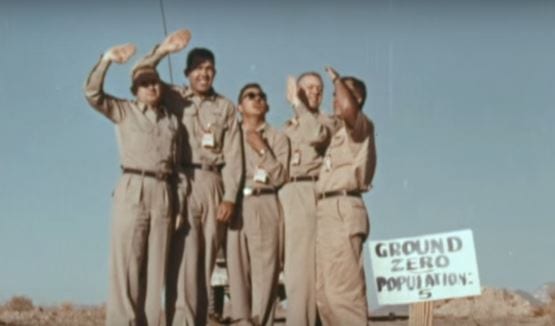 A sixth lucky soul recorded it. 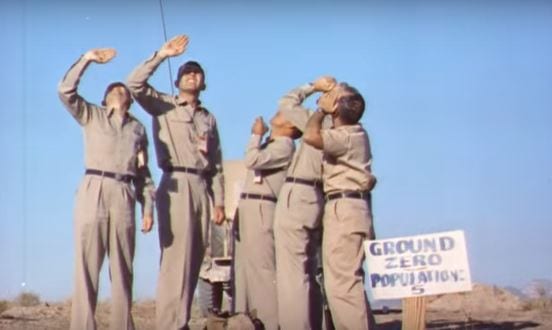 Before the missile, everybody is squinting and looking for the jets that will fire the nuke. 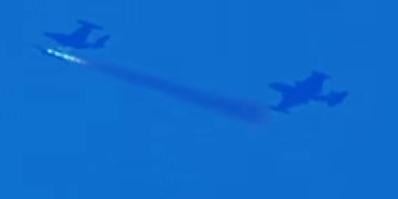 That’s an air-to-air 2 kiloton nuke, and I assume the other jet is a backup or an escort as it doesn’t appear to fire anything.

There was a flash, which got a bit of a jump out of the men… 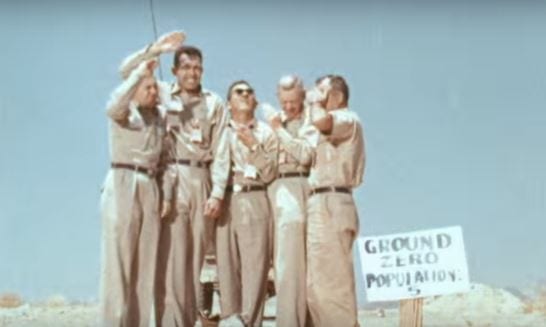 …but the aftershock made everybody flinch (even that really tall dude). 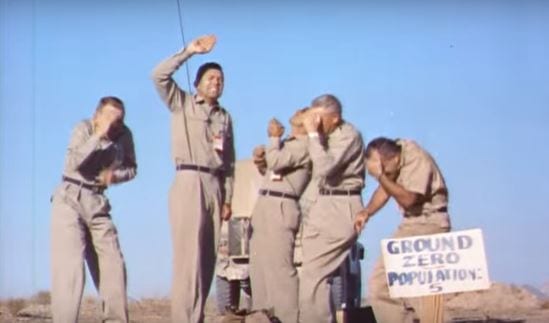 After that, it was all cigars and handshakes. 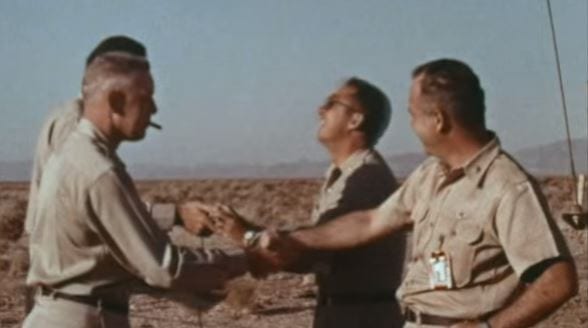 If you’re anything like me, you’ve been screaming “BUT WHYEEEE??!” inside your head for the past few minutes. Well, I’ll tell you why.

Because at the time, Americans were starting to worry about nuclear fallout, and the Air Force wanted to reassure everyone that it was OK to use atomic weapons to challenge those that were being developed in Russia, during what is now referred to as the “arms race.” That argument never really took off, because everybody was (justifiably) friggin’ terrified of nuclear blasts. 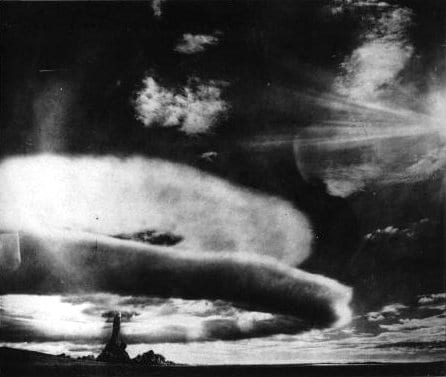 Everyone except the two colonels, two majors and a fifth officer that agreed to stand directly below one, of course. 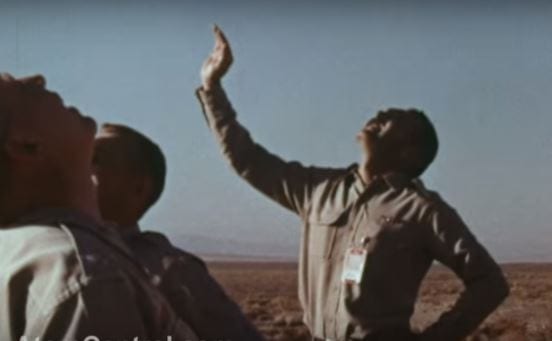 They all volunteered to help make what was basically a propaganda video for the Air Force. (Btw, the camera man didn’t volunteer. I hope he got a nice Christmas bonus or something.) Col. Arthur B. Oldfield, a public information officer for the Continental Air Defense Command in Colorado Springs, requested that the the U.S. Air Force shoot the video to demonstrate the safety of a low-grade nuclear explosion in the atmosphere. 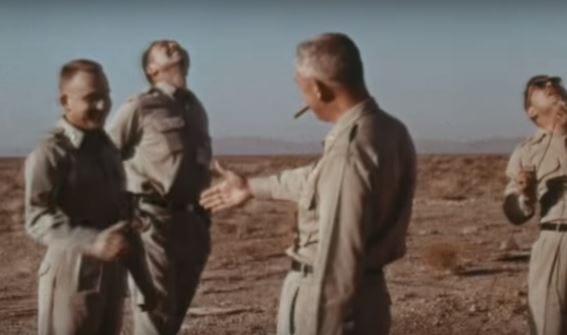 Here’s the video, which has some great sound-bites like: “My only regrets right now are… that everybody couldn’t have been out here at Ground Zero with us.”

According to NPR, these guys lived well into their 60s and 80s, so maybe they weren’t so crazy after all.

Nah, just playin’. They were freaking lunatics. They got pretty lucky by walking away unscathed. Just ask the people of St. George, Utah, who live downwind of the test site and were paid more than $800 million by the government over the years to compensate for the illnesses they endured due to nuclear fallout. 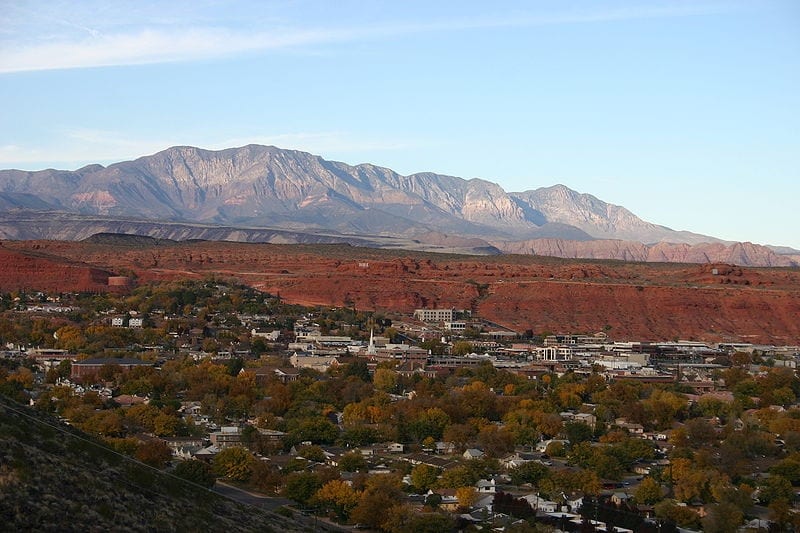 “This thing went off with a white flash. It was just beautiful.”