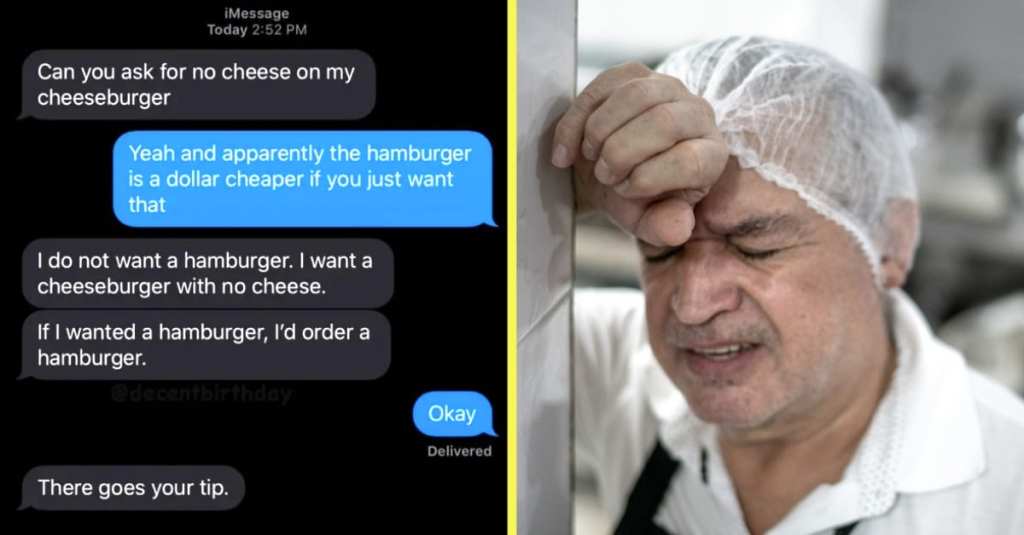 Working with customers is often harrowing for people in the service sector, especially for those who work in the restaurant industry.

When a food service worker posted a story about a customer’s over-the-top response to a hamburger, he didn’t expect the deluge of replies from other restaurant workers who’ve had to deal with nonsensical requests they’ve gotten from customers.

Check ’em out and be prepared to tip servers even more next time—they deserve all the love they can get!

Chances are, it wouldn’t have been that great a tip anyway.

Just delivered Grubhub to this customer, and now I see why Coronavirus is kicking our ass pic.twitter.com/sPZTNIyteG

Give the booze to the server instead.

When I was a server I was taking a table’s drink order and a girl ordered a virgin screwdriver. I laughed and said, “Oh, you want orange juice” thinking she was joking.

She was not joking. She couldn’t get it and was rude and insistent. So I put it in and she got a $7.95 OJ

And if it wasn’t refrigerated, that was a stomach ache waiting to happen. 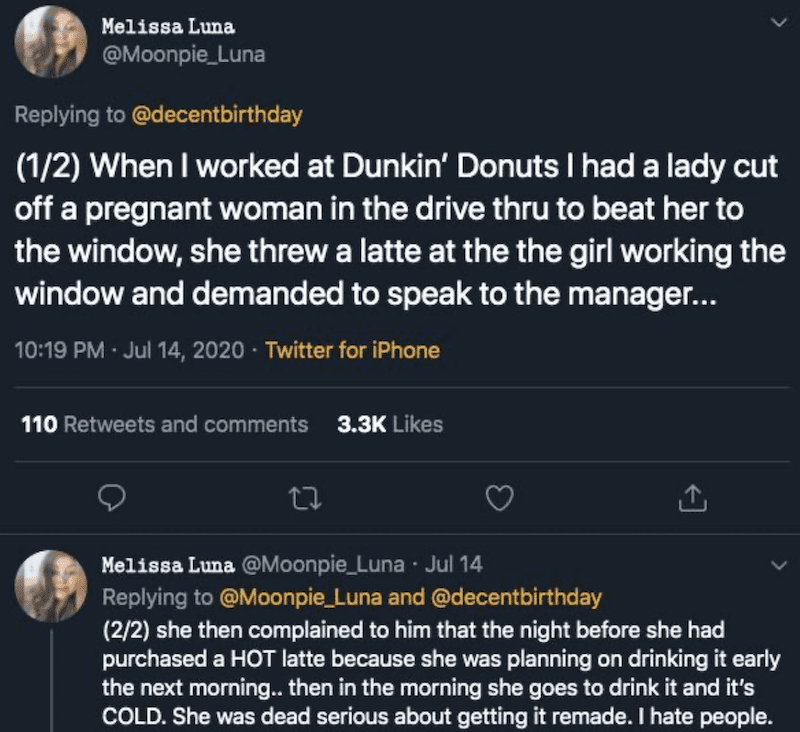 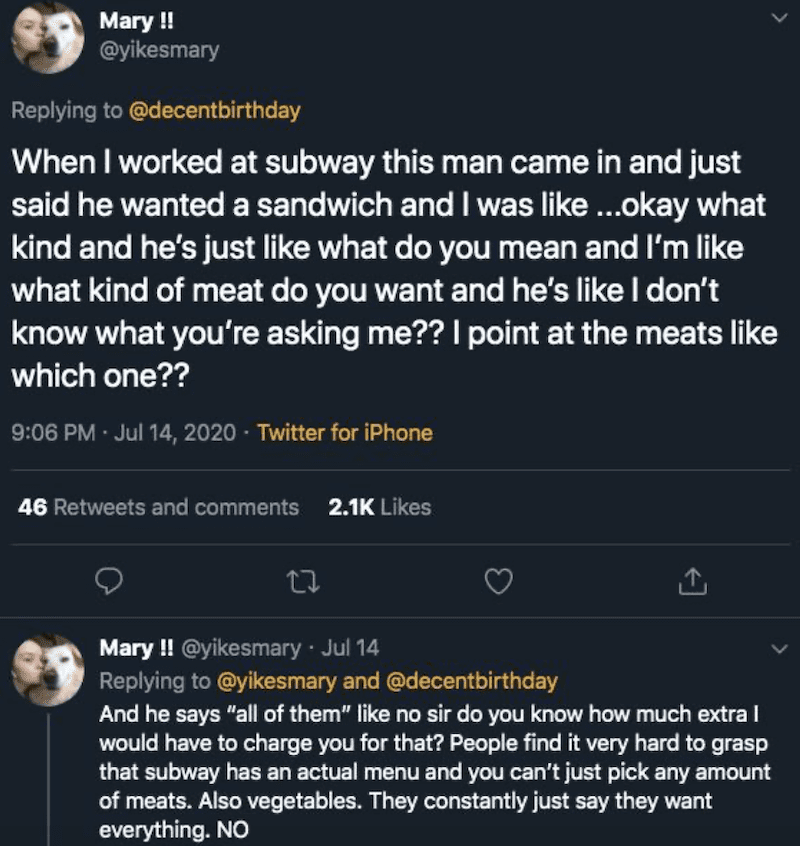 I had a guy come to the deli counter super-pissed that there were only 1/2 lb containers of pepperocinis in the case, because he needed a “whole pound” I could not get him to hear that he could get two, and ended up having to empty two into a larger tub for him

But we’ll make you what you want anyway.

I used to be a barista at a specialty coffee shop and this woman asks me “can I get a cappuccino, but with no milk?”
I go, “so…just espresso???” And she’s like, “wait what no, just a cappuccino but without milk.”
🙃🙃🙃🙃🙃

But just because a restaurant has one dessert doesn’t mean it has all the desserts ever created.

I once had an old man literally scream at me and demand for a manager bc he asked for a brownie and I tried explaining to him that we literally didn’t have brownies on the menu. I told him that we had chocolate cake but he demanded he get a brownie.

Or do you just not know what you said?

My first job was at a chicken restaurant, and a customer asked me how many pieces of chicken came in an 8 piece dark, and I’ve been disappointed in humanity ever since.

9. But that’s what you ordered.

Sometimes you have to tell them what they want to hear.

one time when i worked at taco bell a lady ordered a dorito loco taco. i asked her what flavor and she said the nacho cheese one. it rang up NC dorito loco taco bc that’s the name of it and she yelled at me bc she “didn’t want dorito flavor, she wanted nacho cheese flavor”

But it’s still the same size as it would be with 8.

We feel for folks in the food service industry, and we’ll do our best not to ever be these people.

If you work with food, tell us some tales of worst customers you’ve ever encountered in the comments below!