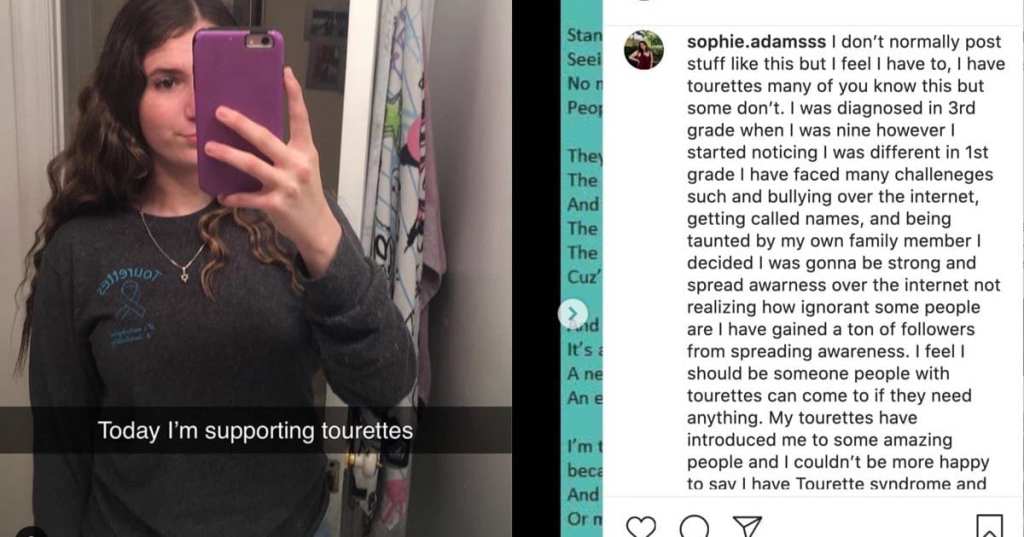 Sixteen year old Sophie Adams was diagnosed with Tourette Syndrome after seeking help for some tics when she was nine. The tics, which are repetitive and involuntary, are often characteristics of the disorder, and may look like rapid eye-blinking, shoulder movements or blurting sounds or offensive words.

Sophie uses social media to spread awareness about Tourette Syndrome, as well as dispel myths and also to show what living with it is like. Recently, she uploaded a video to TikTok of her eating dinner. The video has been viewed nearly 7 million times.

In the video, Sophie is having dinner with her friend, who also has Tourette Syndrome, and some other people. Their different tics show how challenging it is to do something as simple as eating dinner. Sophie eventually reaches across the table and pushes some drink glasses over. Ice and liquid spread across their dinner table.

Another video shows the mess and cleanup after the glasses are overturned.

Aftermath of my tics

Sophie hopes her videos show others how varied the tics can be and she says even though some accuse her of faking her tics, it won’t deter her from using TikTok to educate people.

People living with Tourette Syndrome have unique tics. In her videos, Sophie encourages others to not be afraid to show their differences.

That’s a lesson everyone should hear.

To learn more about Sophie and her life with Tourette Syndrome, follow her on TikTok and Instagram.

She’s a pretty wise teen with a great outlook on life and a positive attitude.