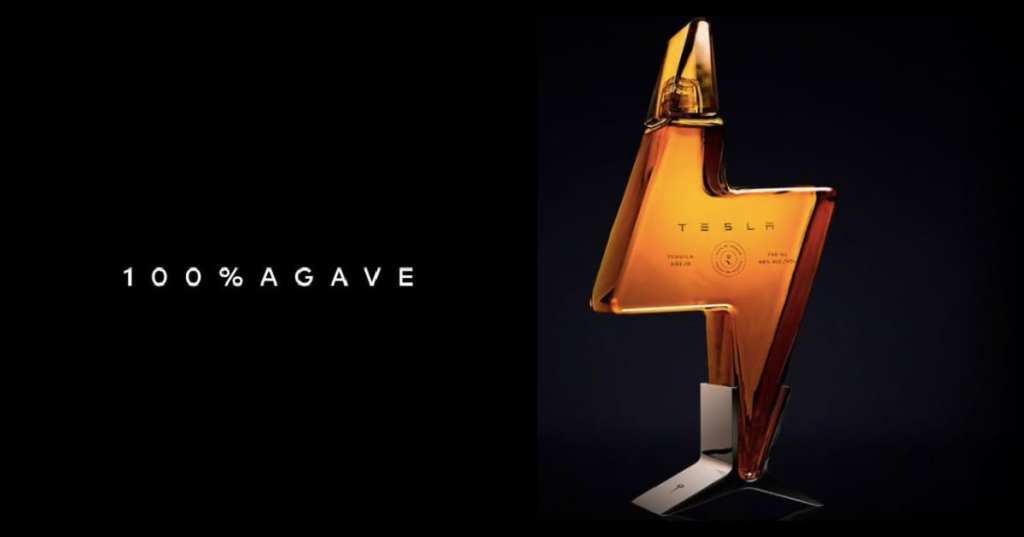 Tesla Is Now Selling A Tequila With A Tesla-Price Tag

That said, the people who buy and love (and want to buy and love) them would argue that they’re special enough to be worth the money.

If you really like tequila, and you can tell the difference between the good and the great stuff – kind of like some people are with wine – then this offering from Tesla might intrigue you, despite the amount of money they’re asking you to fork over to give it a taste.

The bottle retails for $250, is packaged in a lightning-bolt shaped bottle mounted on a futuristic stand, and is etched with the Tesla logo.

According to the description on the website, Tesla Tequila is “100 percent de agave tequila añejo aged in French oak barrels, featuring a dry fruit and light vanilla nose with a balanced cinnamon pepper finish.”

Tesla is not the first luxury car brand to expand their product offerings. BMW sells thermoses, Porsche sells Huawei phones, and Ferrari offers $55 earbuds, so Tesla and Musk are in good company.

We should note that they already have their own merch line that includes toy cars, phone charging banks, and apparel.

Ironically, tequila production isn’t really in line with the company’s environmentally friendly stance on vehicles – the production process produces 10 liters of wastewater for every liter of tequila, and dumping it contributes to ongoing ecological problems, according to Mike Morales, CEO of Tequila Aficianado Media.

So, now you have all of the information, friends.