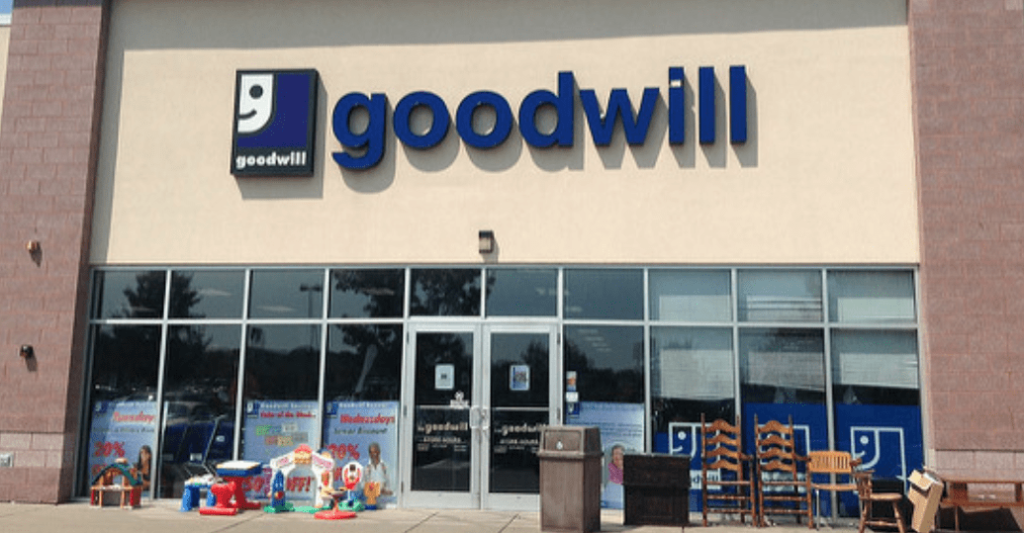 I’ve always wondered what it would be like to work at a Goodwill place just to see all the strange things people get rid of. Weird clothes, knickknacks, books, etc.

“One time a guy came to the donation center and asked me, “do you guys take magazines?” I told him, “generally no, unless they’re old enough to potentially be collectable.” He said “why don’t you take a look at them and let me know what you think?”

So I open up the first box, and right on top is a Time Magazine with a picture of the Moon landing, dated July of 1969. So of course I tell the guy “yeah ok, we can take these.” He had two boxes of them, and most of them were pretty big stories, though I can’t remember any others he had off the top of my head.”

“A Blazer Vest with a LIVE BAT comfortably nestled inside it, cute little guy.

Never got pictures, was before the age of smartphones I’m afraid. Got the thickest pair of gloves to carefully grab him and release him outside.”

“I used to work at Value Village and one day somebody brought in an entire truck load of machines used in a convenience store. Those hot dog rollers, slurpee machine, warming cases and surprisingly that ended up selling them.”

“This was 7 years ago now. Had a lady in her late thirties donate everything in her house. A whole moving truck full. I didn’t notice anything odd until it was almost empty. She was acting nostalgic, yet semi flippant about giving it all away. At the end she asked if she could pray for me and the co-worker that helped unload the truck. After she drove away I had a sinking feeling about this lady.

I told my boss that nothing about this lady seemed right. We ended up racing through some of the boxes to look for info, found a bunch of journals and things from therapists over the years. Turns out she’d been living with mental illness for most of her life, and was giving us all her stuff so she could go home and end her life.

I asked my boss to call the police, and an officer apparently contacted her sister. They prevented her from committing suicide that day. I’m unsure if she’s still alive today, but I hope she wasn’t mad at me for trying to help. :/”

“During the Austin, TX serial bombings earlier this year, someone donated an artillery simulation device that ended up going off while being sorted and led to minor injuries to an employee and mass hysteria that the bomber had started to target donation drop offs.

7. Hopefully it goes to a nice home

“The mystery knitter. So every so often, at various times of various days, a bag would appear. A nondescript white bag, full, with white tissue paper on top. In the bag would be beautiful knitted baby wear – cardigans, hats, bootees, all different sizes and colors.

All hand knitted, with the same talcum powder scent. We’d try to stake the front of shop out to find out who but we never did. I still go in for a chat and a rummage and the Mystery Knitter is still at it. We like to think of some wee old lady lurking around until the coast is clear then finagling the bag into the shop and leaving the scene unnoticed.”

“Goodwill was my first job. My first day of working there, I opened a box and saw some yarn. It looked suspicious, so I poked it and a bunch of pinkies (baby mice) crawled out.

That was a pretty good indicator of what the next year of my employment was going to be like. The only thing I really learned was that people take “donation” to mean “free trash dump.” “

“I was a lead at a goodwill until about summer last year but man, the stuff we would see. Enjoy!

“Oh my god my time to shine.

“Peter Meter” -a really tall- “shot glass,” to measure wang size with
Fully loaded guns
Meth, at least three times
And my personal favorite, our poor dead guy Gregory. He’s a box of ashes that we have to keep in the cash room, because we have to wait for Loss Control (or whoever) to pick him up. He’s been with us for over a year now, because no one from Corporate ever takes him, and myself and quite a few coworkers are very fond of him. Any time we get a new cashier, we make sure to introduce them to Greg, and any time something weird happens, well, it was probably Gregory’s ghost.”

11. I hope nobody took them

“My friend had a summer job at a Goodwill in Sacramento. Someone ended up literally donating a greasy McDonald’s french fry wrapper. He was told to put it in the toys section. It was sold for 49 cents.”

“One of the weirder things I have found was a hard cover cardboard children’s book with a hole directly in the middle. Each page of the book had a unique background (e.g. a hot dog bun) and presumably the reader was supposed to stick their d*ck through the hole to see it in front of a specific background. Goes without saying that I made sure I had gloves on before I threw that one out.”

“When I worked there we got a
pink d*ldo with a taser on the other end.”

“It was my second week working in processing housewares. I opened a black trash bag to find a half stuffed raccoon…. it was like someone began the taxidermy process but didn’t finish. Poor lil trash panda.”