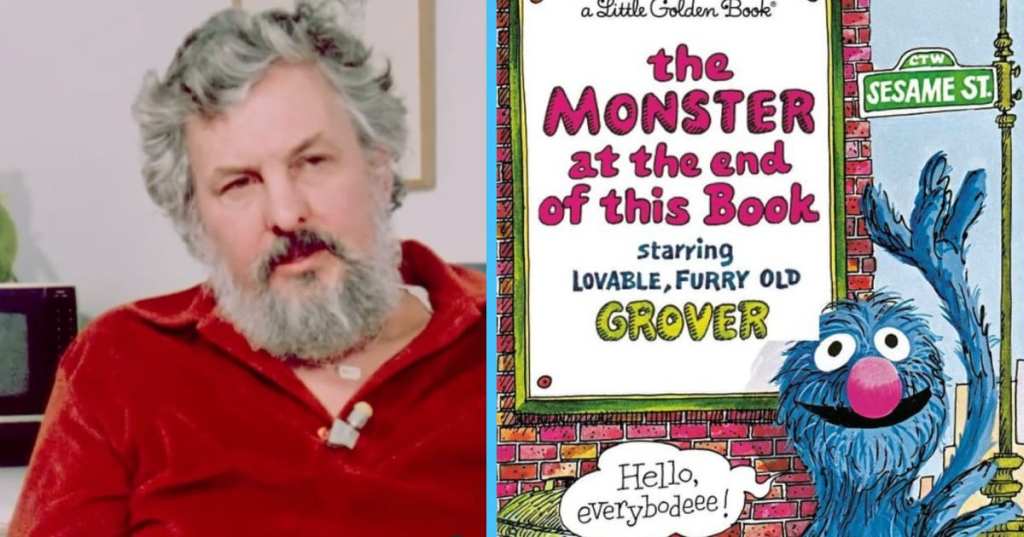 Grover First Debuted on “The Ed Sullivan Show”, and 5 Other Classic Facts About “The Monster At The End Of This Book”

If you’ve got kids, or have ever had occasion to read books to children, there’s a good chance you’ve come across The Monster at the End of This Book.

First published in 1971, author Jon Stone and illustrator Michael Smollin struck gold, and you’d be hard pressed to find a children’s library that doesn’t contain at least one copy.

It’s sold more than 20 million copies worldwide – from the title pages, which freak Grover out, all the way to the hilarious conclusion, we know it cover-to-cover.

Still, there are probably a few things you don’t know about the book – we think the six facts below or definitely worth sharing!

6. It only took a few hours to write it.

The Washington Post claims Jon Stone wrote the book – all 350 words – on a legal pad as he flew home to California in late 1970 or early 1971. He hated flying and would write to ease his anxiety…in this case, by giving his character intense anxiety.

Once on the ground he showed the manuscript to Christopher Cerf, who was helping develop books and other products to fund Sesame Street.

Cerf thought Stone was onto something, and as someone who had worked with several famous children’s authors (including Dr. Suess), he knew what he was talking about.

5. The author was one of the architects of Sesame Street.

As for Stone, he started with CBS after graduating from the Yale School of Drama in 1955. Prior to the debut of Sesame Street he’d written for Captain Kangaroo, and after being recruited by co-creator Joan Ganz, Stone was tasked with assembling Sesame Street’s original, inclusive cast.

He also developed some of its best-known characters, wrote the pilot episode, and helped bring Jim Henson on board.

4. The illustrator was a decorated war veteran.

Illustrator Michael Smollin was born to immigrant parents in 1925 as they fled the chaos of WWI. Smollin himself fought in WWII, earning a Purple Heart for his actions during the Battle of the Bulge.

He was a commercial illustrator for many years with a huge and important client list that included Milton Bradley, TV Guide, and Time magazine.

3. This book has influenced many others.

From award-winning thriller authors like Brad Parks, who said “There is a monster at the end of all of my novels, and I want you to feel this unbearable compulsion to turn pages and find out what it is,” to science fiction novelists like David Burr Gerrard, who say The Monster at the End of This Book taught him what literature “could and should do,” Stone’s small tale has inspired giants.

Riley Sager, New York Times bestselling author, expounded on why they believe the book is the force behind so many careers.

“I suspect The Monster at the End of This Book is one of those influences many thriller writers have in common, even if we’re not aware of it. It was certainly my first encounter with suspense – knowing from the title that there’s a monster waiting for us on the last page and feeling both dread and delightful anticipation as I made my way through the book – and of experiencing a twist ending. In hindsight, The Monster at the End of This Book acts as a sly commentary on the sometimes cruel curiosity humans possess. Grover implores us not to turn the page. Yet we do. Every damn time. Which, in a twisted way, makes us monstrous as well.”

2. The Muppet who became Grover first appeared on The Ed Sullivan Show in 1967.

In the 1967 Christmas Eve episode of The Ed Sullivan Show, a green Muppet with an orange nose – a proto-Grover known as Gleep – starred in a sketch where he and a crew of burglars set about disrupting work in Santa’s workshop.

Grover became a regular on Sesame Street three years later, in 1970, one year before The Monster at the End of This Book was published – blue fur, pink nose, all lovable anxiety and sweet agreeability.

1. The book also inspired many other projects.

Several more Grover books, all created by the team of Stone and Sullivan, were published after The Monster at the End of This Book, and sequels have been published as recently as 2006.

The books has been translated into an award-winning interactive app, which has been downloaded more than half a million times, and in 2013, the official Sesame Street Twitter account warned their followers not to retweet “There is a MONSTER at the End of This Twitter Conversation.”

HBO Max also debuted an animated special called There is a Monster at the End of This Story in late 2020.

This definitely makes me want to read this with my kiddo sooner rather than later?

How many times have you read this book to littles? Drop an educated guess in the comments!