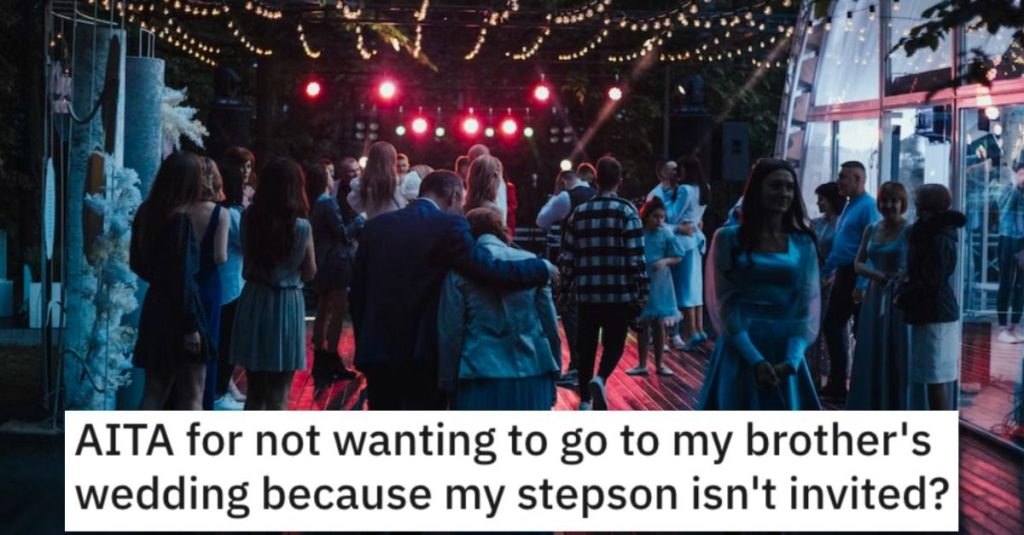 He Doesn’t Want to Go to a Wedding Because His Stepson Isn’t Invited. Is He Wrong?

I guess you can’t blame people for getting annoyed when someone in their family doesn’t get invited to a wedding.

But does that mean you should boycott the event if you find yourself in that situation?

Hmmm, that’s a tough one…

Check out this guy’s story and see if you think he’s acting like an a**hole.

AITA for not wanting to go to my brother’s wedding because my stepson isn’t invited?

My older brother’s wedding is soon. I was intending on going but after I found out that my stepson was not invited, we started having issues. My brother explained that it’s the nature of the wedding they chose which is child free but my fiancee was upset that this rule was forced on family as well.

She got into arguments with my brother and his fiancee and ended up deciding to not go to the wedding. As a result I called my brother and told I no longer want to come after what happened. He began arguing saying my fiancee is the one being unreasonable and now has “convinced” me to miss his wedding. I told him that this is just me supporting my family after the way he and his fiancee treated them.

His fiancee said they don’t owe us anything and that this is a wedding rule that applied to everyone. I said “fine then I’m not coming”. My brother is p**sed my parents are calling me unreasonable for being willing to miss my only sibling’s wedding and basically let a woman I’ve only known for a year an half drive a wedge between us.

They said if I go through with this then I might lose my brother, who’s my support and comfort forever, and so much damage and hurt will come out of this.

I stopped responding to them but members of extended family are saying that me and my fiancee are creating the problem trying to control my brother’s wedding.”

This reader said this guy is an a**hole. Big time. 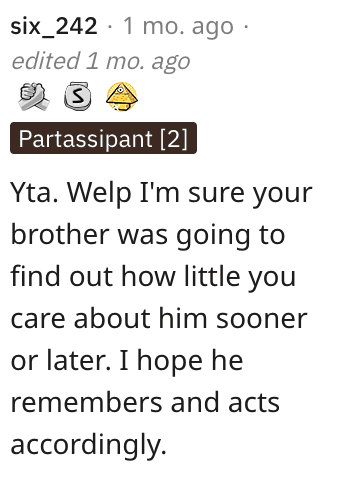 Another reader said this has nothing to do with this guy but he’s making it all about himself.

And another Reddit user said this guy and his partner both have the wrong attitude. 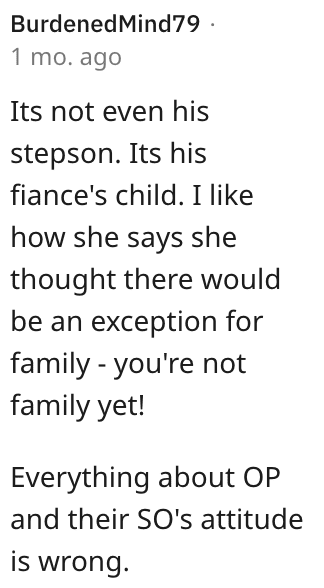