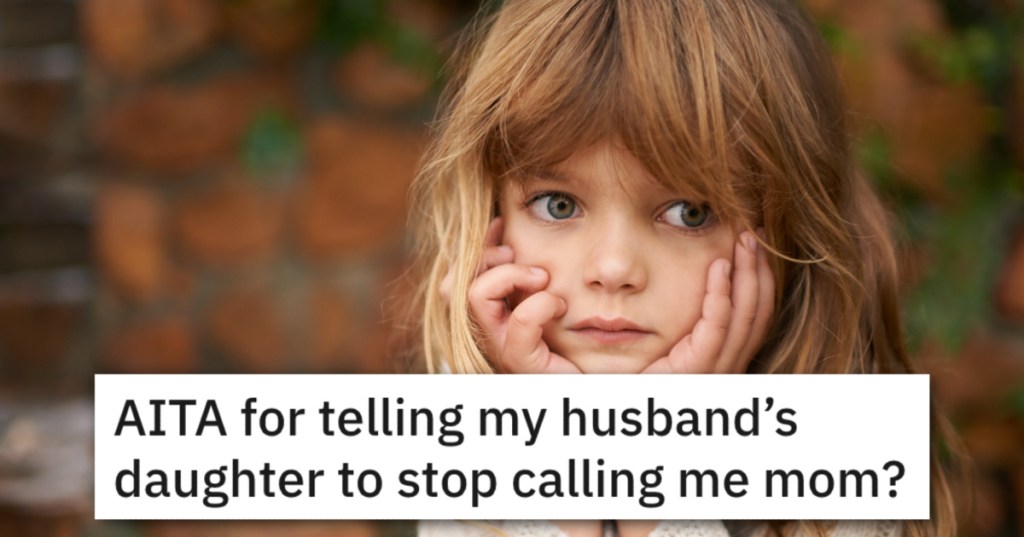 Woman Told Her Stepdaughter To Stop Calling Her “Mom.” Was She A Jerk?

Being a stepparent is not for the faint of heart. Relationships are hard enough, but when there are kids involved, things can get uncomfortable, and fast.

This woman has been a part of her stepdaughter’s life since she was just a year old, and has been married to her father for two years. She’s just seven, and rarely sees her actual mother, who spends most of her time jet-setting the globe.

His daughter rarely ever sees her mom as she constantly travels the world.

OP states that she has been trying to be a mother figure for the girl, but the first time she called her “mom” it was uncomfortable for her. She asked her not to do it again, causing her to cry.

I feel awful that his daughter hasn’t had a good mother figure in her life so I have been trying my best to take her out to do girly things and bond with her sine her mother isn’t around to do so.

She always would call me by my first name but for the first time when we were sitting at the table for dinner she called me mom and it just didn’t feel right it made me feel uncomfortable.

I told her that “I’m sorry but I’m not your mother you can’t call me that sweety” and she was shocked and started to tear up a bit.

Her reasoning is that she’s not the girl’s mother and doesn’t feel as if she should usurp the title, but her tone in the post really seems more like she just doesn’t want to be.

Her mother is still very much alive and I don’t want to disrespect her by taking her title as mom. It all feels very awkward as I’m used to her calling me by my name.

Life was moving so smoothly until she had to call me mom.

Her husband is upset, so she’s wondering whether or not her feelings really matter here.

My husband and I were arguing all night telling me that what I did was awful, he told me that she feels comfortable and close enough to me to call me mom and I should feel special for her calling me mom.

He doesn’t want to see how I feel from my side.

So AITA for not wanting to be called mom?

Reddit is going to help her see the light!

The top comment says OP should have taken more time and not responded in a vulnerable moment. 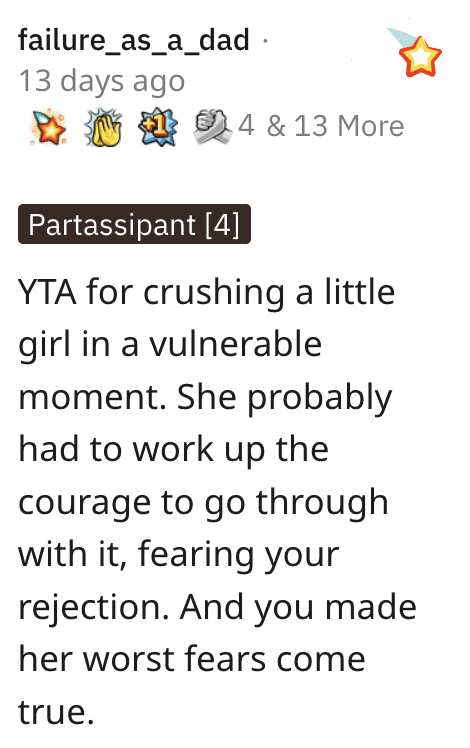 There were more than a few “soft” YTA, meaning that OP wasn’t wrong for having her feelings, but criticizing how she handled it.

A few people did defend OP. 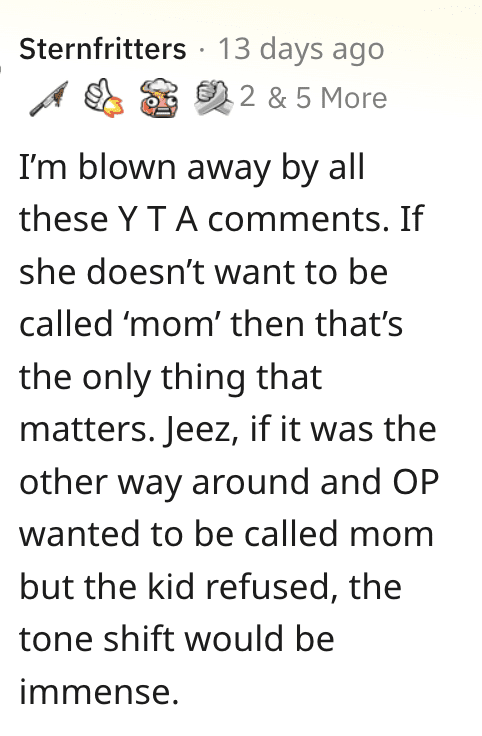 They think she definitely didn’t take the kiddos feelings into account. 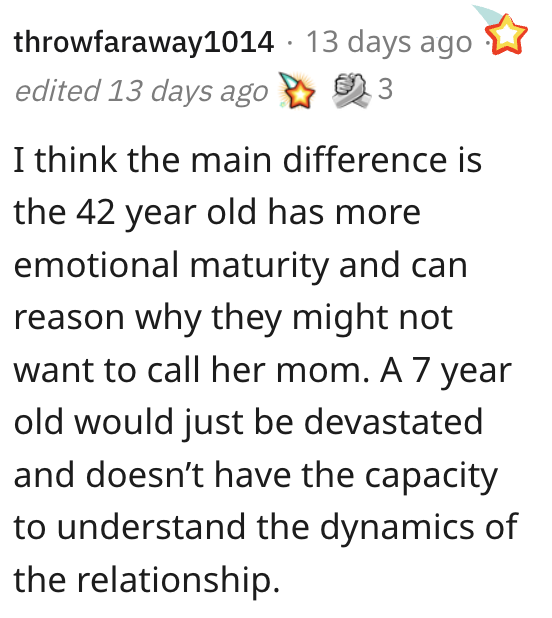 Which really tends to upset people on the internet. 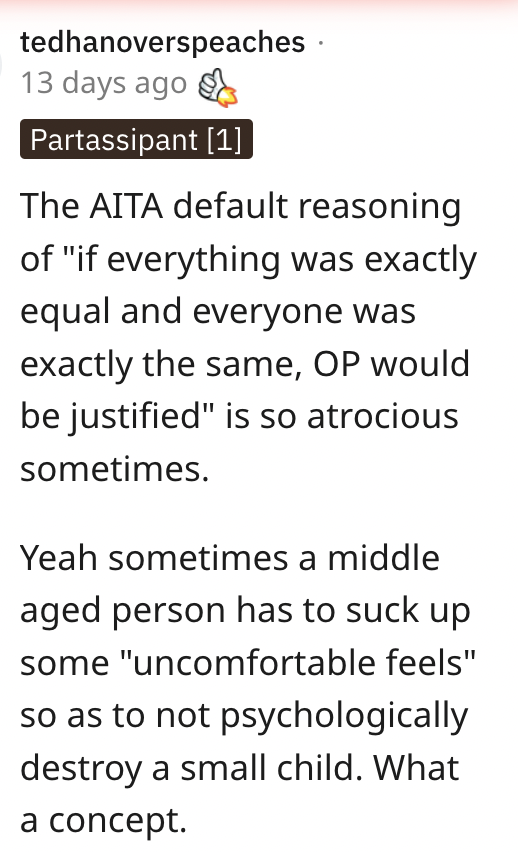 As a mom, I hate imagining this whole scene. How awful.

How would you have handled this as the mom? The dad? Tell us in the comments!