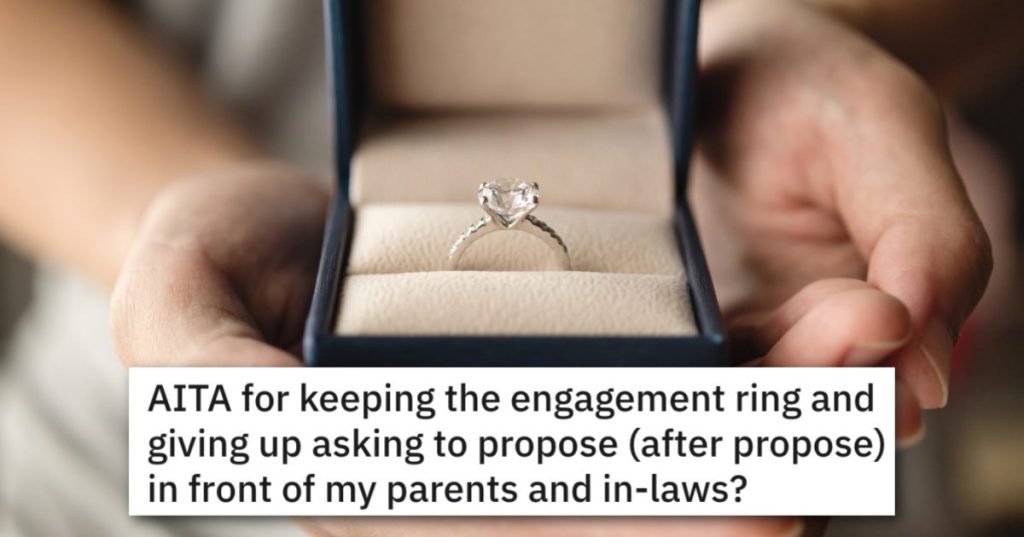 Every relationship is different, because every person brings their own unique take on life and love to the table – and that take is always changing as we grow and (hopefully) mature.

Sometimes people’s “quirks” can wear on us over time, and if they won’t listen about how they bother us, what then?

This OP has been with her girlfriend for awhile, and for some time, has been trying to convince her to stop playing a stupid little “game.”

It started off being annoying, but has progressed into something more – something that felt more disrespectful than anything.

My (25F) girlfriend, Molly (26F) for the last… 6 months started with a joke that I’ve already made clear that I don’t like. It consists of her saying “No” quickly to anything I ask.

I’ve already made it clear several times that I don’t like it, even more so in I LOVE YOU (she’s the only person I can say that, so it’s special to me). And there are things that are serious and I need her to answer seriously. And if she says no to everything jokingly, I can’t tell when she’s saying a real no (it’s already happened).

I keep saying this is boring and I don’t like it, she stops doing it and goes back to doing it after a week. After a brief discussion because she played this prank in front of our friends (Me asking “love, can you get me some medicine?” and she with No kidding), she stopped doing it for 1 month.

Still, OP had plans to propose and, as they had discussed, invited their close family and friends to be there for the proposal.

Yesterday, we welcomed my parents, in-laws and our 2 best friends to our house. Everyone knew that I was going to propose to her and I called them, because we always planned this proposal with our loved ones attending, participating in this special day.

Her girlfriend did that thing she hates, ruining the moment and honestly embarrassing them both in front of everyone.

I asked her to marry me and she said a quick NO and I was so grumpy/panic/upset (everyone looking in shock) for 30s for her to laugh and say she was joking, finally saying YES.

I was so embarrassed and…disappointed? I put the ring box back in and said I’d take it out to cool off. I didn’t even let her say anything.

OP left and went to a hotel, and she’s unsure where to go from there. Her girlfriend did not even really apologize, just told OP they were overreacting because they knew that’s how she “always acts.”

She kept texting me (no answering calls), saying it was just a joke and that I knew she always did that. She said that I left an difficult situation in the house because it was very clear that I had given up on propose and did in front of my parents and in-laws. She stressed that I was making the situation uncomfortable because of a silly joke.

Well, I slept in a hotel and I’m still in it.

My parents supported me, but my in-laws calling me AH for giving up on proposing, disproportionately humiliating their daughter.

I just really think there’s time for jokes and that moment wasn’t clearly, she knew I didn’t like it and decided to do it anyway.

What does Reddit think she should do? Let’s hear them out!

There were way too many comments commiserating because they had been there, too. 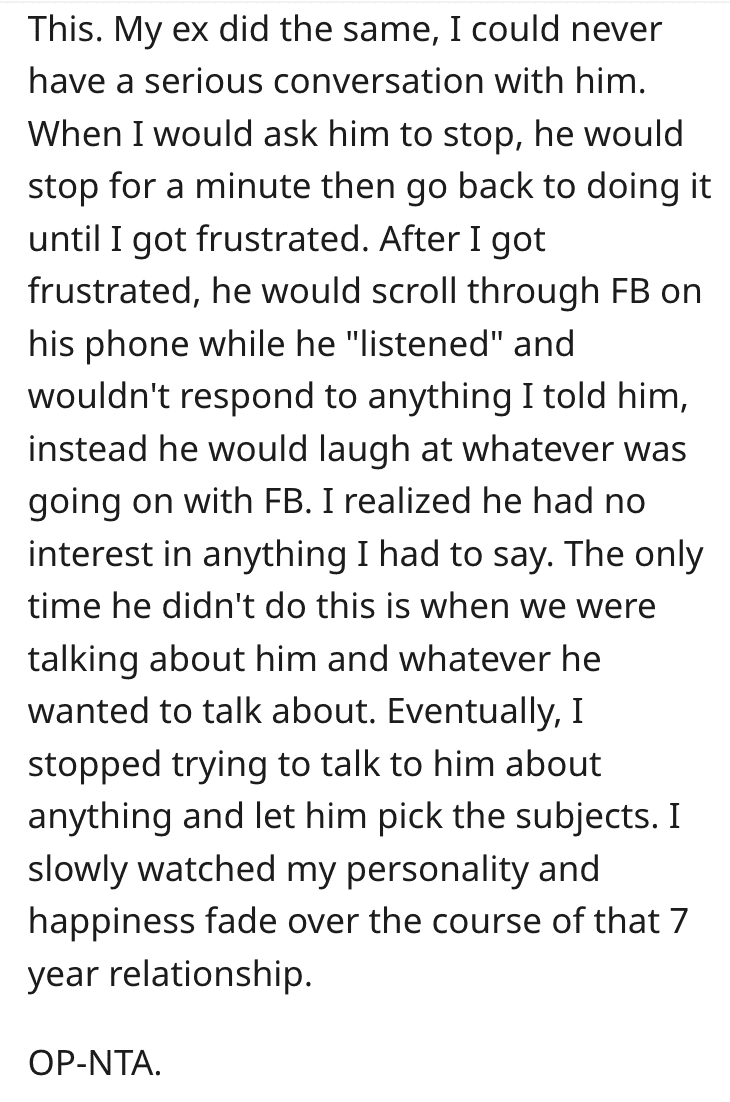 There’s definitely something going on that needs to be fixed. 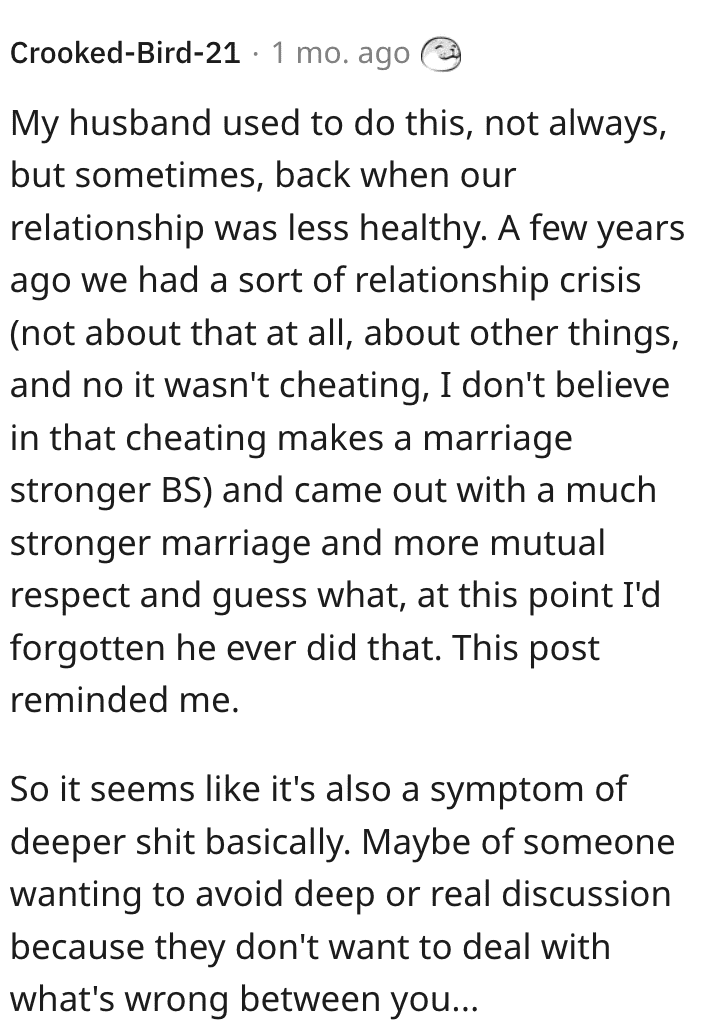 I mean, does she even like this person enough to marry them? 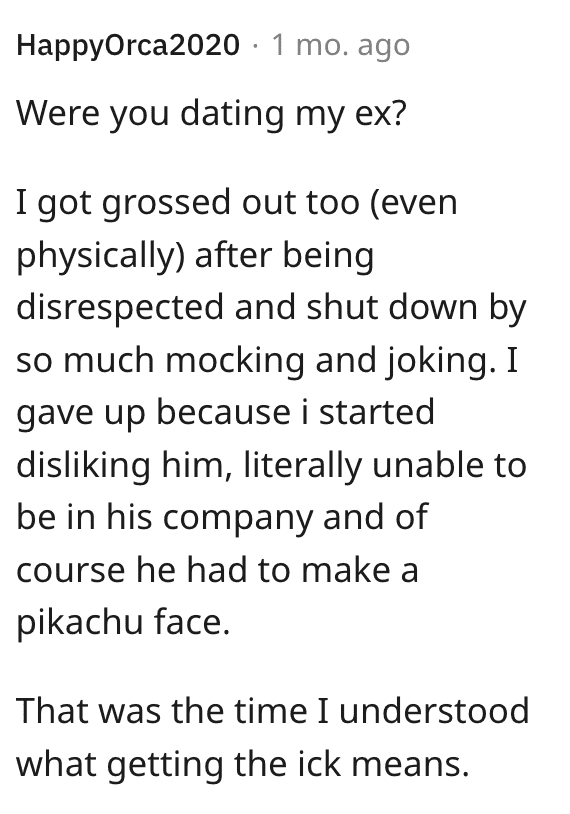 It seems like a little thing, but it could be a deal breaker. 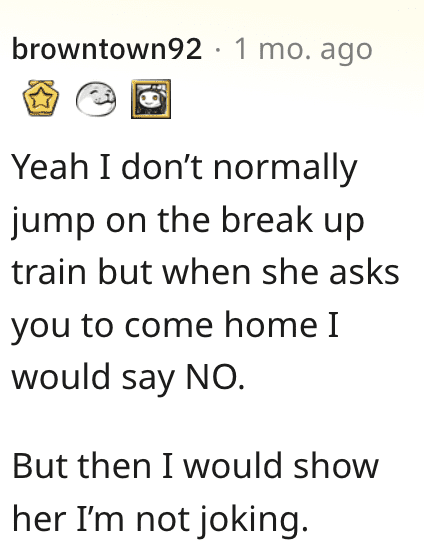 It’s only a good joke if both people think it’s funny.

I think Reddit can make sweeping judgments about relationships based on one story, but I’m not sure they’re wrong in this case.

What do you think? Should she go home and give it another try, or just walk away now? Tell us in the comments!