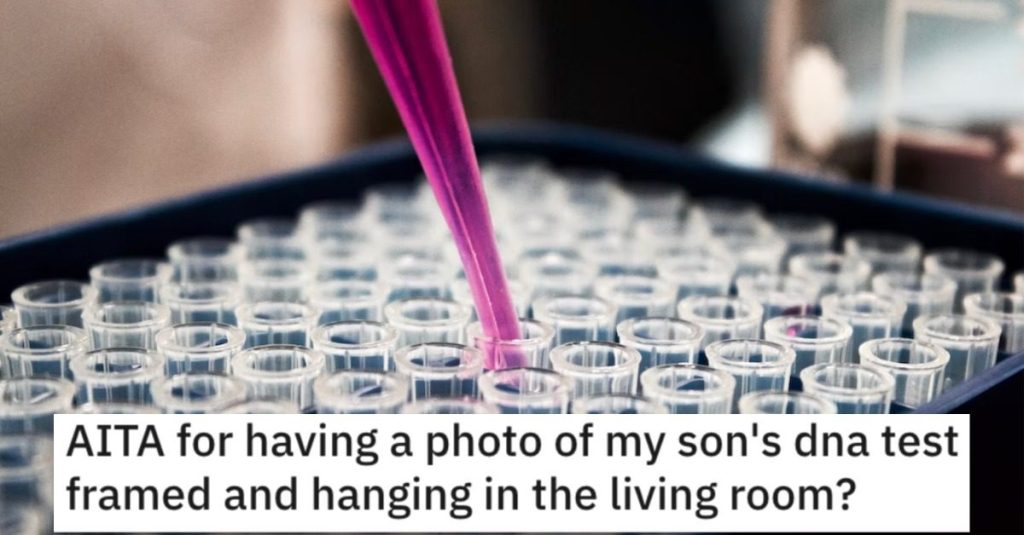 He Framed a Copy of His Son’s DNA Test and Hung It in the Living Room. Is He a Jerk?

I’ll hang my son’s DNA test in the living room to prove a point!

So let’s dig into all the details before we decide if this guy is an a**hole.

AITA for having a photo of my son’s DNA test framed and hanging in the living room?

“I m32 met my wife 3 years ago. We got married 9 months ago. We have a baby boy together that she got pregnant with while we were engaged.

My wife used to be a s_x worker. No judgement on that please! She did what she had to do to survive. My parents were always being “skeptical” about her and lot of times asked if I wanna settle down with her. When she got pregnant, they went nuts and demanded a dna test. They refused to attend the wedding til the dna test was done which caused a huge problem.

They ended up missing the wedding obviously. The test was done BECAUSE my wife wanted to prove a point and eventually my parents made amends and we reconciled.

They started visiting and yesterday noticed the photo of the dna test that I hang in the living room. They asked about it and I told that it serves as a reminder for why they didn’t attend my wedding, they were stunned and livid when I mentioned that I tell any guest the same thing I told them.

Mom and dad were mad and asked me repeatedly to take it down saying I’m being too harsh on them and refusing to let go of the past as well as embarrassing them to the other family members. I refused to take it down and I admit being sarcastic in my response saying “it goes with the house decor!.”

They begged then refused to come over anymore til I remove it. My brother thinks it’s petty and childish and said I should take it down.

Alright I’m editing some stuff in. First of all, my wife does not mind having the photo up , she laughs about it sometimes but she’s still carrying some hurt that was caused by what happened. And second of all, no, she no longer does s_x work it’s all in the past.

And did I mention that my brother and I aren’t close? He’s known as the “crackhead” in the family! So that’s that!”

One reader said he’s NTA…but he should think about what he’s gonna do about this in the future. 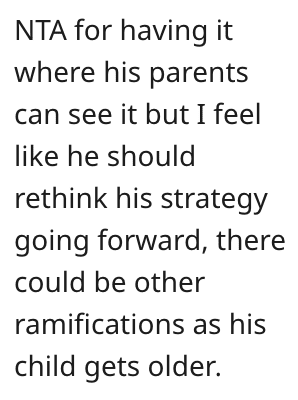 And this individual said he’s NTA…as long as his wife is cool with it. 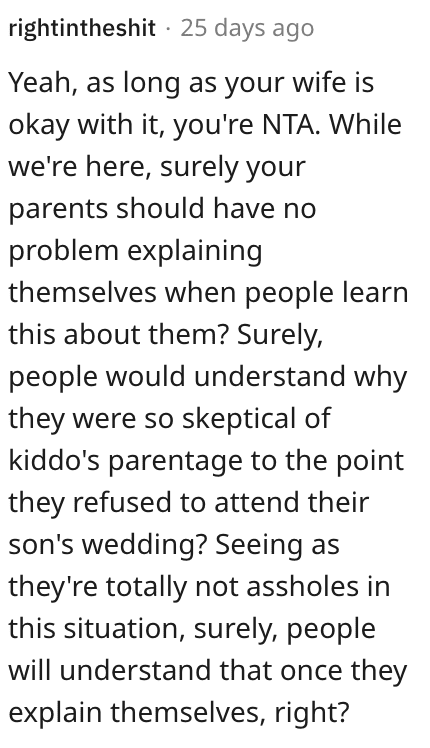 Another Reddit user said he’s NTA but he probably won’t have a good relationship with his parents because of this. 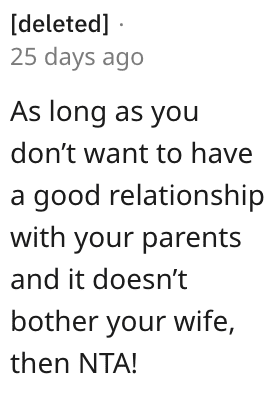