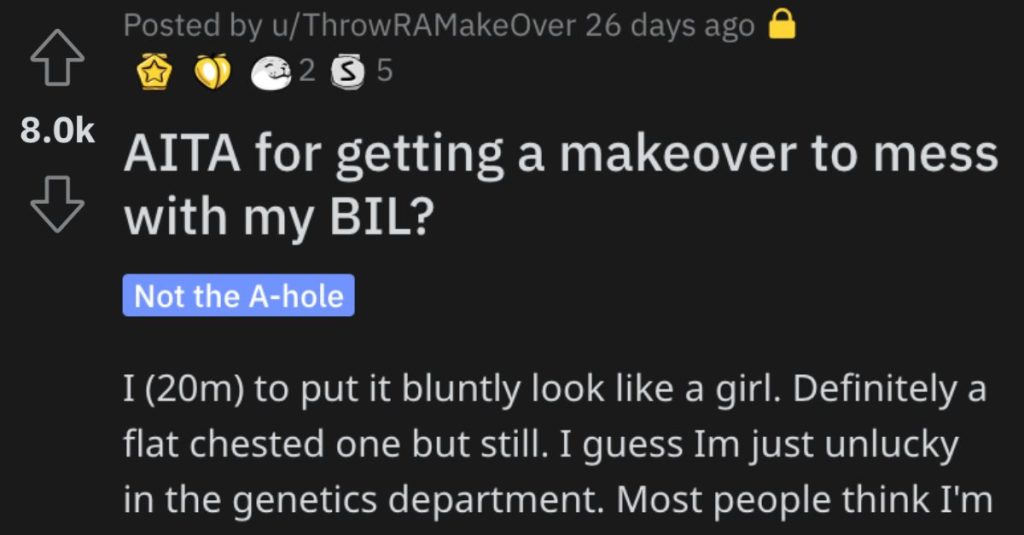 He Got a Makeover to Mess With His Brother-In-Law. Was He Wrong?

You don’t really hear about too many men getting makeovers, do you?

Well, at least I can say that I haven’t heard of it too often…

But that’s what happened in this story that a guy shared on the “Am I the A**hole?” page on Reddit.

And he wants to know if he was a jerk for doing it.

Check out what he had to say in the story below!

AITA for getting a makeover to mess with my BIL?

“I (20m) to put it bluntly look like a girl. Definitely a flat chested one but still. I guess Im just unlucky in the genetics department.

Most people think I’m just a tomboy but still, it gets a bit annoying people thinking I’m a girl. Im pretty comfortable with myself now but I did use to get bullied a lot for it and can be a bit sensitive about it.

My sisters (26f) husband (30m) is always making jokes about it. Ive told him to stop but he never does since its all “just jokes”. Ive gotten sick of it and wanted to get him back instead of being my usual timid self not saying anything.

I went out of my way to get some friends and younger sister to give me a make over a little before they were to come over. Basically make me look as girly as possible. They did a pretty good job and turns out if Im all made up I look a lot like a younger version of my older sister.

When they came over I made sure to act as girly as possible. He was visibly very uncomfortable so I was definitely winning this one. They left very early and I got a text from my sister calling me an a**hole for making her husband uncomfortable. She told a few family members but most are on my side but a few think what i did was childish and in a**hole territory.

One reader said he’s NTA but his sister and brother-in-law are a**holes. 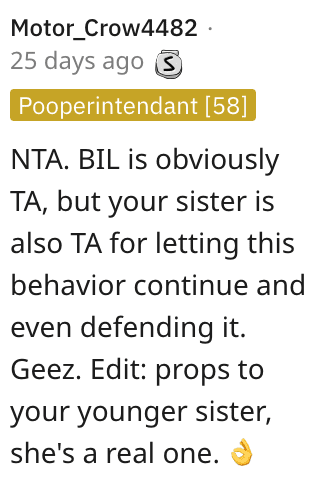 And this individual said he’s NTA and had a hot take about what’s going on here. 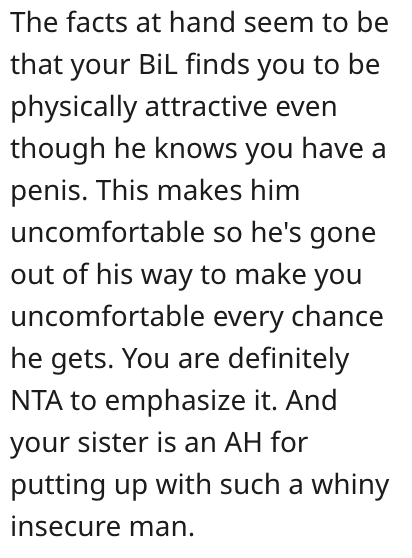 Another reader said he’s NTA and that his BIL should have backed off. 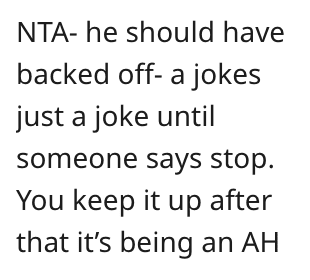