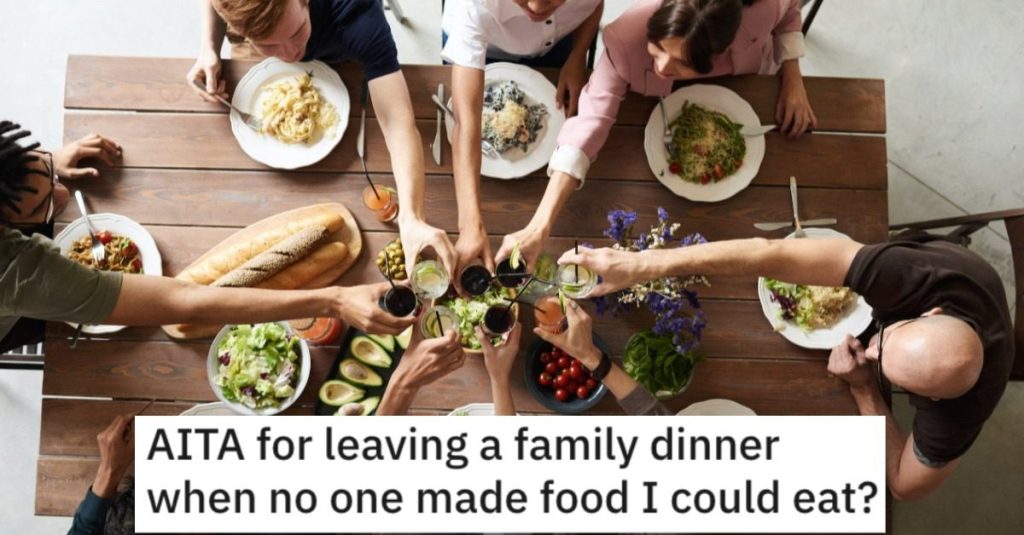 He Left a Family Dinner When There Was No Food He Could Eat. Was He Wrong?

Nothing for me to eat?

Check out this story from Reddit’s “Am I the A**hole?” page and let us know if you think this guy was out of line for leaving a family dinner.

AITA for leaving a family dinner when no one made food I could eat?

“I, (24m) have several food allergies and sensitivities. Because of this, I usually only eat food that I make.

My family had a dinner, hosted by my cousins. I was hesitant, but I gave them a list of things I couldn’t have and they promised to make me something.

I asked them if not eating food provided would be rude and they also said yes. I asked if me getting violently ill or having an allergic reaction would also be rude, and they just looked at me like they were disgusted. They screamed at me that they worked hard on dinner and I would be eating it. I just went home after that.

Now most of the family is calling me petty and rude and it’s starting to get to me. Am I really wrong here?”

This person said he’s NTA and they don’t understand what he was supposed to do in this situation. 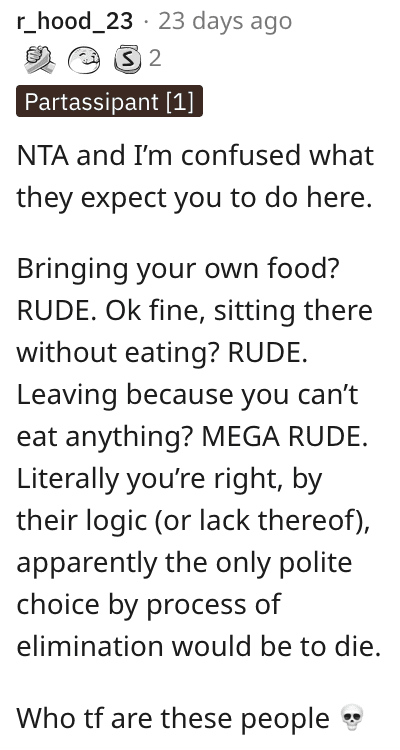 Another individual said he’s NTA and he’s only looking out for his health. 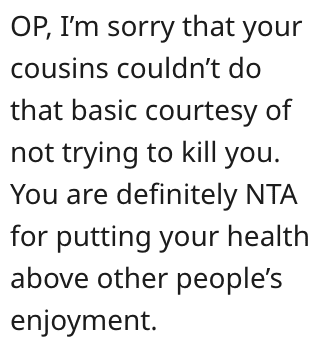 And this Reddit user also said he’s NTA and that his family sounds like a bunch of dips**ts.