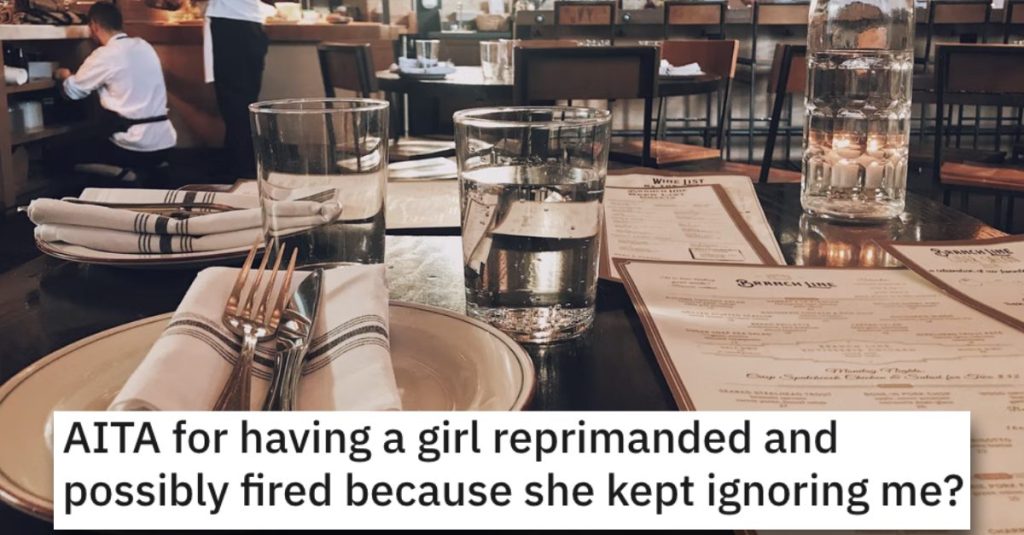 This story reminds me of the Seinfeld episode where George got a waiter fired…and of course, he obsessed about it until it drove him crazy.

Do you think this guy acted an a**hole for getting a girl in trouble at the restaurant she works at?

AITA for having a girl reprimanded and possibly fired because she kept ignoring me?

“My (22M) gf(21F) and I went to this local restaurant near our campus two days ago that’s pretty well known in our university, right now is empty-ish because most of the people are away with their families.

So, my gf and I went there by 8 pm, the things on the menu are pretty basics; pizza, burgers, fries, etc. This girl came to take our orders ( she was 20-ish? maybe younger than me) and she talks to my gf first to take her order, no big deal, when I think she’s going to turn to me she just says ”and what he’ll have?” while asking to my gf and not me, my girl just look at me confused and I answer for myself, the girl writes it down and then says ”something else?” while still not looking at me.

My gf says ”no, that’s all”, she leaves and we’re like wtf was that, a few minutes go by and then she comes with our orders, she ask if we need something while looking at my girl and we both say no.

She comes by a few times to check if we’re good but she doesn’t engage with me at all, she doesn’t even look at me and I’m starting to feel uncomfortable, I ask for some napkins and she brings them but gives them to my gf, then when my girl goes tot he toilet and I call her to ask for the bill she just ignores me.

Straight out ignores me. I just got up, go to the counter where she and a few other girls are taking some orders and I ask what her problem is, she now looks at me, and before she can speak I ask for her manager.

She brings an old lady and I explain what just happened; that while the overall service was good, she didn’t even look at me once, pretended I wasn’t even there and ignored me when I called her for the bill. The girl mutters something but the old lady says they’ll talk later and offers me to cover the bill. I say ”nah, just bring the check”, which she does, I pay and wait for my gf outside.

When we go back home she asked me what happened because she saw the girl being reprimanded and I tell her, she calls me an AH because the girl might’ve some trauma regarding men or idk and that she might get fired.

I was okay with my behavior until that point, AITA?”

This person said this guy is NTA and that this waitress might need to get a new job. 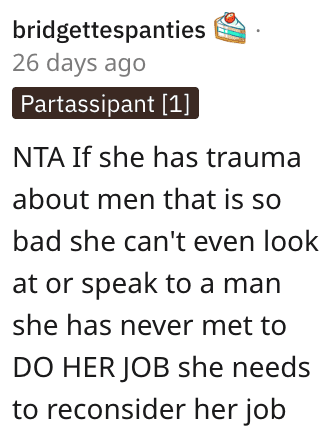 And this individual said even if the waitress has experienced trauma, that’s still no excuse to act this way toward a stranger at work. 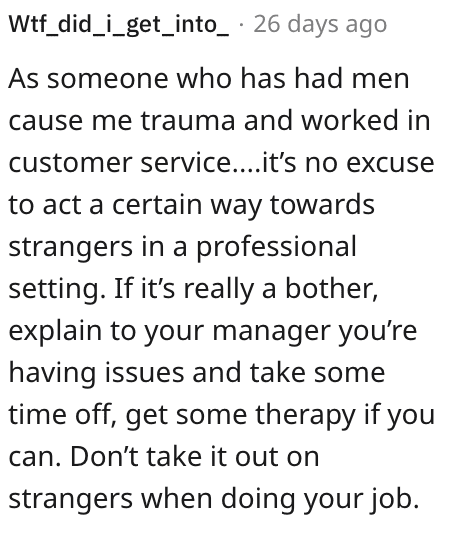