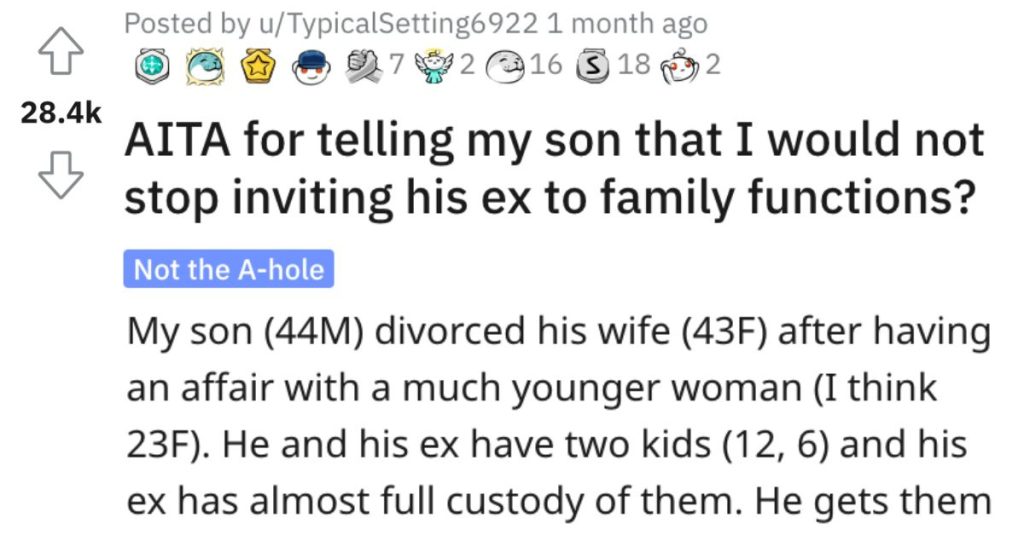 He Told His Son He Won’t Stop Inviting His Ex to Family Functions. Is He a Jerk?

I think there are certain rules people have to abide by when one of their family members (and some friends, too) breaks up with someone.

If they don’t want the ex invited to family functions or parties anymore, then that’s the right call.

So take a look at this story and see if you think this man is acting like a jerk.

AITA for telling my son that I would not stop inviting his ex to family functions?

He gets them one weekend per month. He just got engaged to the woman he had an affair with and told me I’m not allowed to invite his ex to family functions anymore bc his fiancée is uncomfortable being around her. I told him no and now he’s angry with me.

My reasoning is: she has custody of their children the vast majority of the time and I want to be able to see my grandchildren frequently and not only once a month; she has basically been my daughter for twenty years and it’s not like their divorce is going to change the way I feel about her; and she is actually closer to most of the family than he is since she was always the one who kept us up to date about the kids, scheduled family outings with us, and even spent more time with us than he did.

Also, her family lives in another country and we have been her family for decades, I’m not going to take that away from her because my son decided to leave her. However, I recognize that I’m still really angry and hurt about my son’s actions towards his ex wife and kids so maybe I’m acting out of anger.

AITA for refusing to exclude his ex from our family functions?”

This reader said that the man’s new fiancée should be uncomfortable and that this man is NTA. 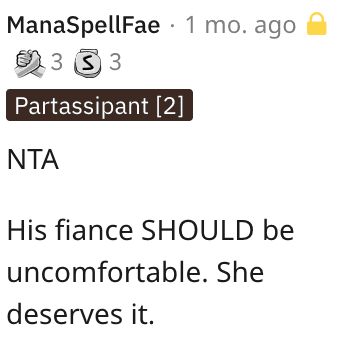 And this reader made a good point about this guy…

Will he ever realize it’s all his fault? 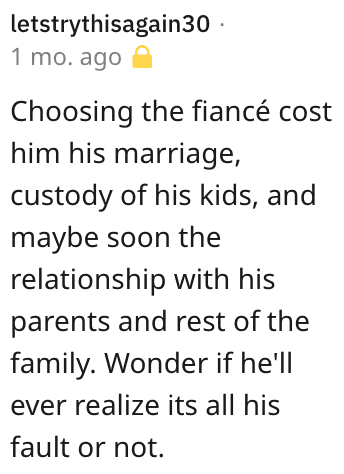 And another individual said this guy is NTA and that his son created a sh**ty situation. 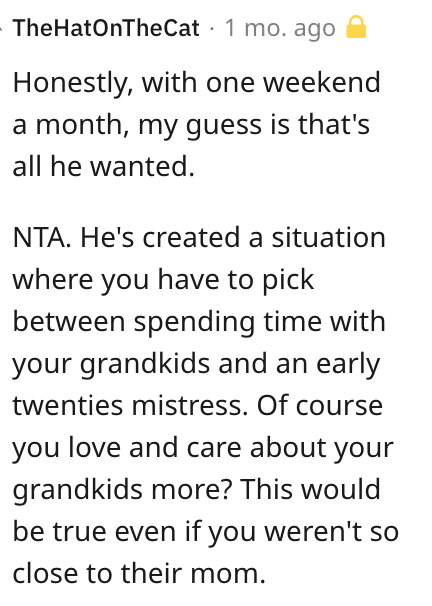