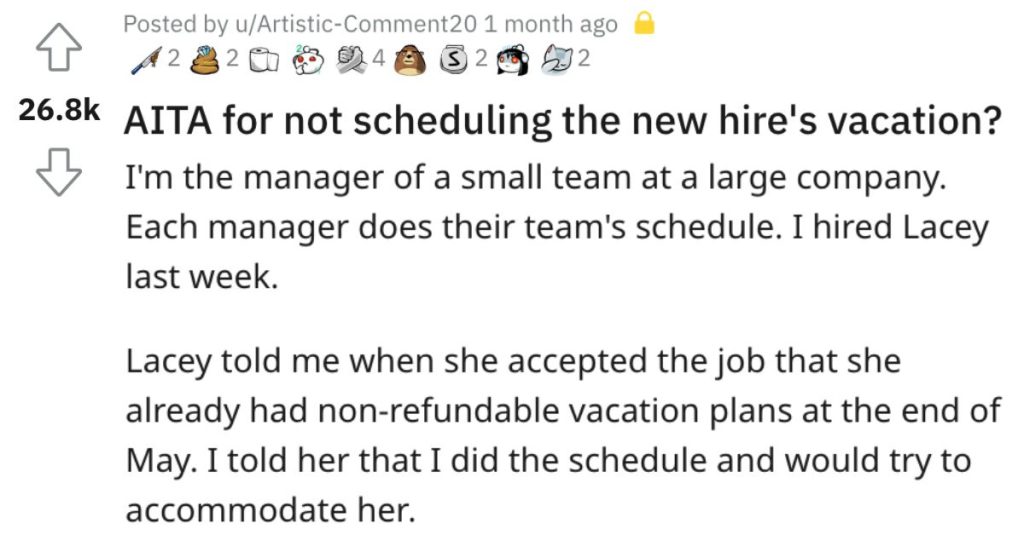 How long do you have to work at a place before you can take a vacation?

And what happens if you already had a vacation scheduled before you take a job and you clear it with your employer?

You should get the time off, right?

Well, let’s see what happened in this story from an employer on Reddit’s “Am I the A**hole?” page…

AITA for not scheduling the new hire’s vacation?

“I’m the manager of a small team at a large company. Each manager does their team’s schedule. I hired Lacey last week.

Lacey told me when she accepted the job that she already had non-refundable vacation plans at the end of May. I told her that I did the schedule and would try to accommodate her.

I couldn’t accommodate her at all. There’s already another team member out. I put up the schedule and was very surprised at an e-mail from Lacey regarding her vacation not being scheduled. I informed her we didn’t have the flexibility and that she was expected to work.

When I went to my lunch break, I walked by Lacey’s desk and was surprised to see it packed. She handed me her lanyard and told me she quit. She said that she wasn’t losing out on $2500 and that she already had an offer from one of the jobs she turned down that promised her vacation was safe.

I’m now being called into my boss’ office because she quit so fast, but in my experience, if you start a new job, you understand that you are last for vacation. My fiancee says that I’m an idiot and she was telling me, not asking me.

Now let’s see what Reddit users said about this story.

This reader said this boss is the a**hole and that the woman did the right thing by leaving. 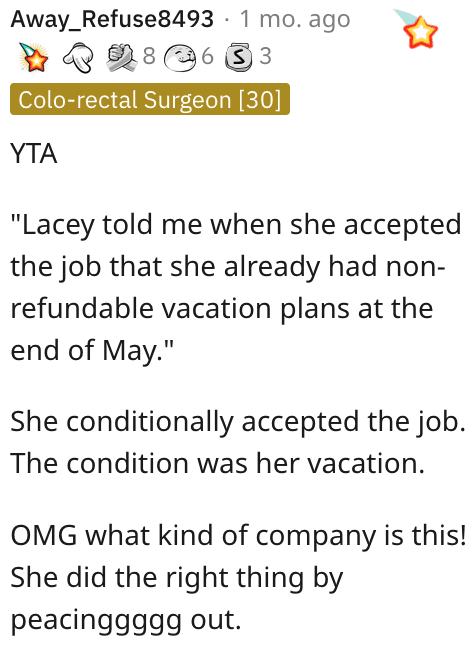 And another Reddit user made a good point about just giving her the time off. 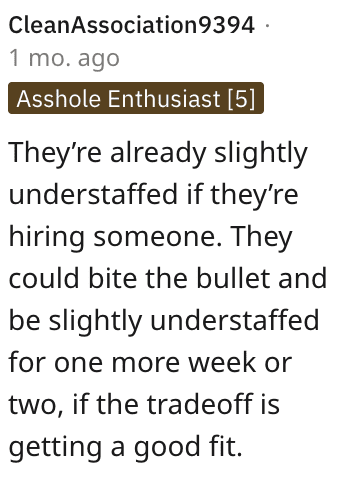 This individual said it sounds like the person who wrote the post was trying to pull a power move and it backfired. 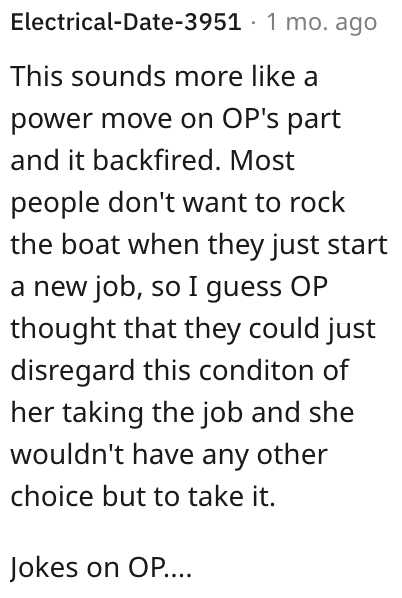