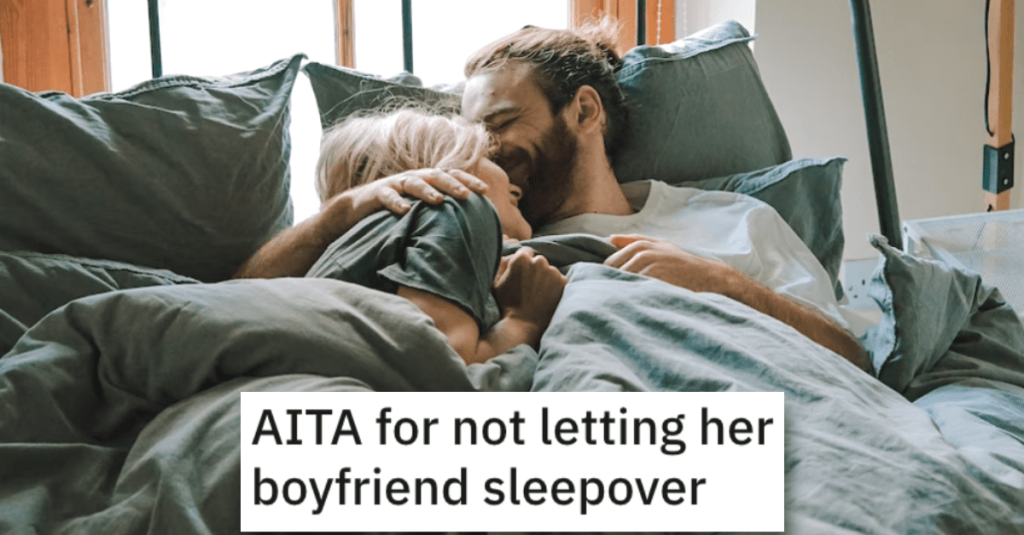 He Won’t Let His Daughter’s Boyfriend Spend the Night. Is He Wrong?

Hey, maybe it’s old-fashioned, but parents are allowed to set the rules in their own homes.

So is this guy an a**hole for not letting his daughter’s boyfriend sleep over?

Let’s see what happened in this story from Reddit’s “Am I the A**hole?” page.

AITA for not letting her boyfriend sleep over?

“My 50m daughter f20 is in college and stays at her m21 boyfriends a lot which me and my wife do not like very much. We let her do what she wants nonetheless.

She pays for her own tuition and works plus pays for all of her own things minus we pay for rent, we have a room for her and she does live with us. She asked if her boyfriend could come sleepover too so that she could feel more comfortable staying at home more often. We said absolutely not.

She was upset because she said it was her own room and that she has been dating him almost 3 years. We just will not allow it under our roof and she threatened to move in with him.

We really want her to continue living here but do not want them sleeping together under our roof (we do not like it with her there either but she is an adult). We have a pretty good relationship so this has been hard for us.

One person said this guy is an a**hole and these rules aren’t reasonable. 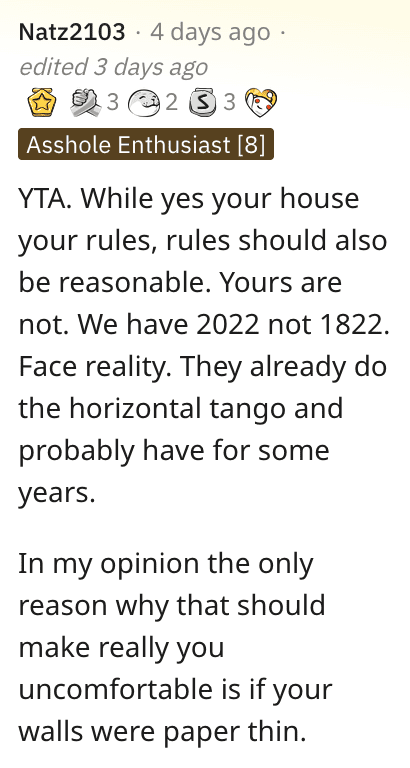 And this person said they couldn’t imagine getting busy while staying at the in-laws’ house. 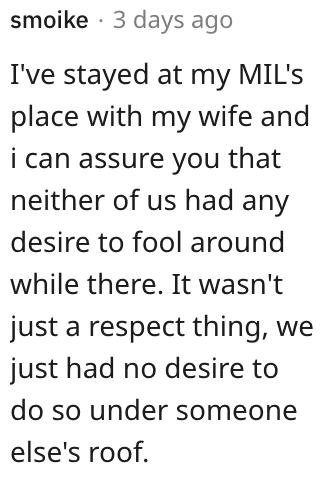