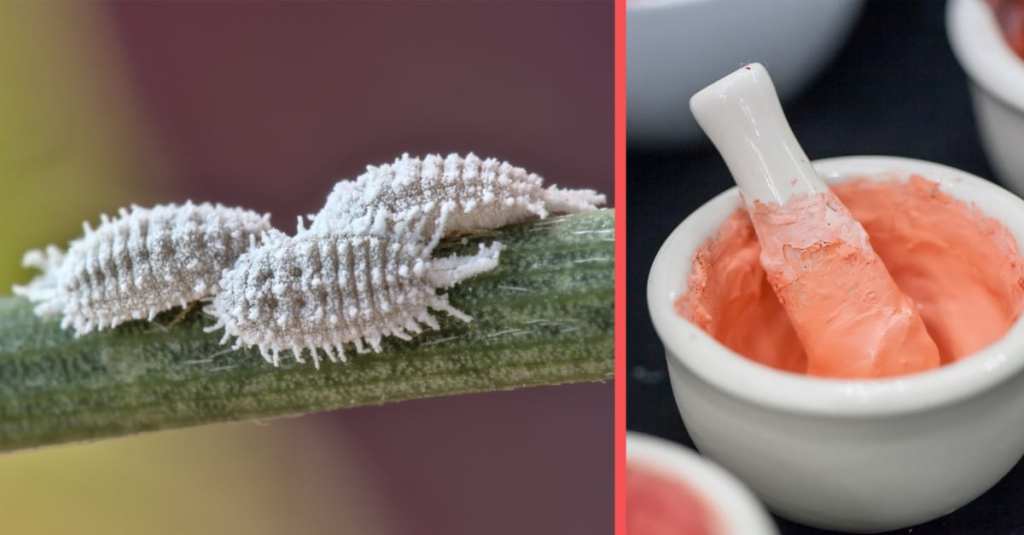 Carmine Red: Here’s How a Dye Made From Bugs Gets Into Your Food

I think we’re all clear on this point: red dye is bad for you, and even worse for your kids (and your sanity, if you’re a parent). We’re avoiding it, manufacturers are avoiding it, and life is generally better because of it.

That’s the bad red dye, though, and there’s one that bakers and cooks, professionals and otherwise, are still using to turn your favorite foods red, pink, orange, or some hue in between. 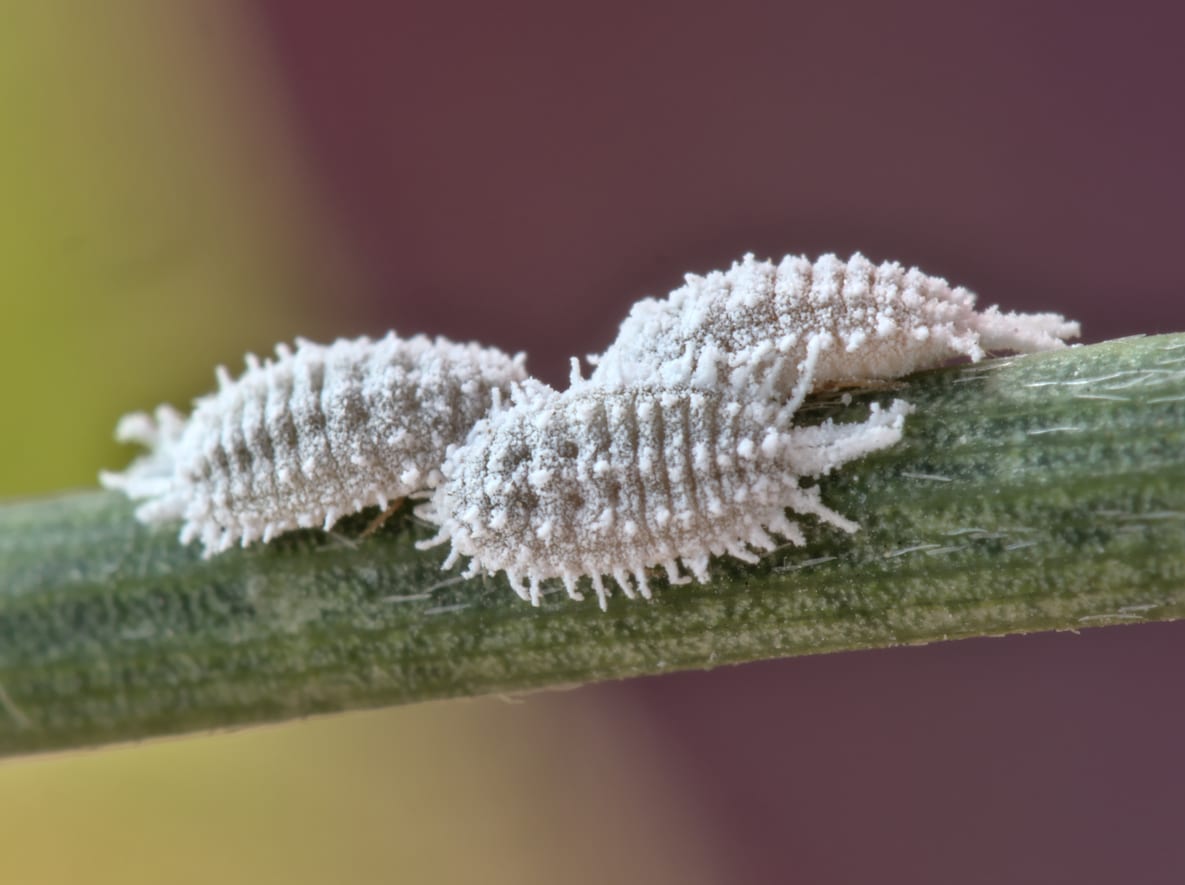 Truly. Betsy Ross even used it to make the bright red stripes on the first American flag.

It’s FDA approved, so, you know. No worries?

The cochineal is a slate bug that feeds on the prickly pear, largely grown in Mexico, South America, the southwestern U.S., and the Canary Islands (off the coast of Spain). 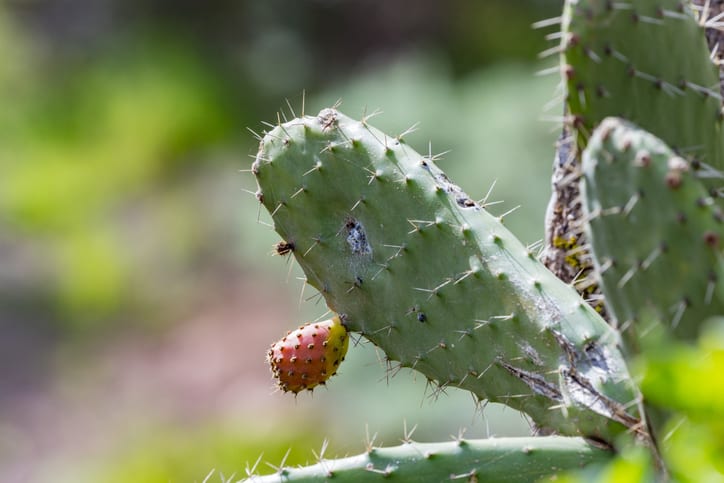 The wingless, legless female cochineal bug isn’t red at all – she’s grey, and covered in a white powder that protects her from the hot sun, and hides her from predators.

It doesn’t save her from humans, though, who “process” around 70,000 of the female bugs to create a single pound of dye.

The bugs are harvested from the cactus-like plants, dried in the sun, smashed and mixed with an acidic alcohol solution (or borax), until they turn to a vibrant, long-lasting dye. 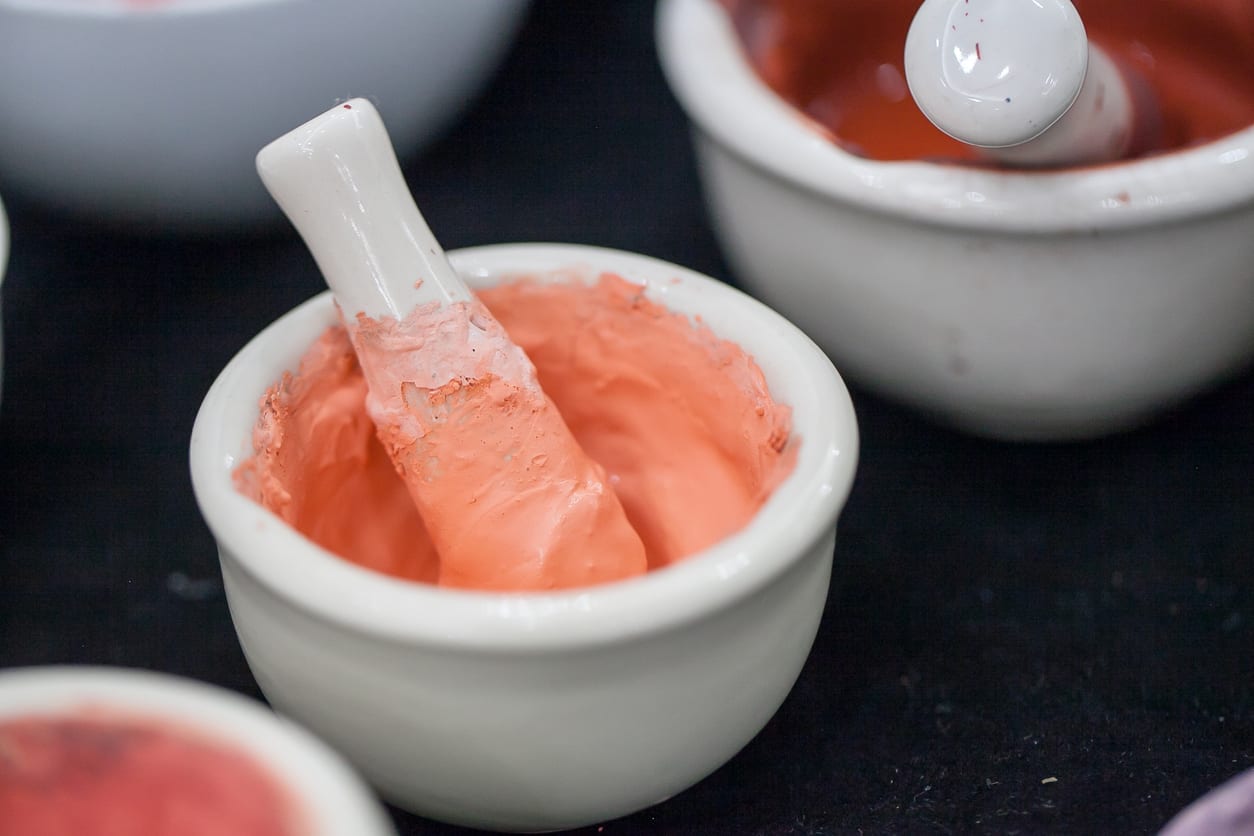 Historically, dyes have been used to color textiles and pottery, and humans are no strangers to using bugs, plants, and animals to get the job done. Tyrian purple, once associated with wealth and royal status, was made from snail glands.

The cochineal bug is native to Mesoamerica, and the Aztecs were probably the first to use the crushed carcasses to create shades of crimson. The Spanish monopolized the cochineal market (surprise) when they colonized the Americas, and kept it a secret for a long, long time, too. 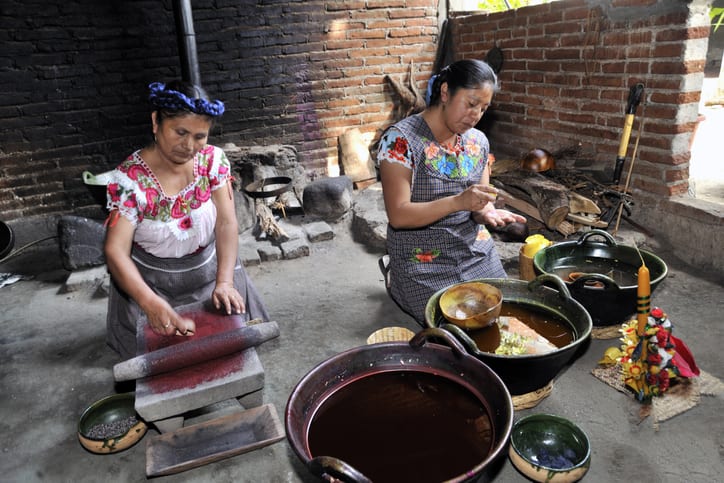 “Red is the color of blood, fire, death, and desire, and we can’t help but respond to it on many levels. It makes our eyes dilate and our breath come faster, and it’s freighted with symbolic meaning.

Also, there are very few natural dyes that make a lasting, bright, true red, so good ones had the value of rarity. Ounce for ounce, cochineal is the most powerful natural red dye in the world.

That’s why it was prized.”

Now, of course, the desire for “natural” dyes is making a comeback, and you’ll see the cochineal listed in the ingredients for all manner of red-hued products.

Greenfield thinks it’s pretty obvious why that is.

“When reports started linking synthetic reds to cancer and hyperactivity, and as people started taking an interest in natural foods in general, the market for cochineal began to rebound.

You won’t find it absolutely everywhere, though, because although cochineal is safe for a majority of folks, a small number of people experience an allergic reaction. Safety concerns have led companies like Starbucks to look elsewhere for natural red dyes. 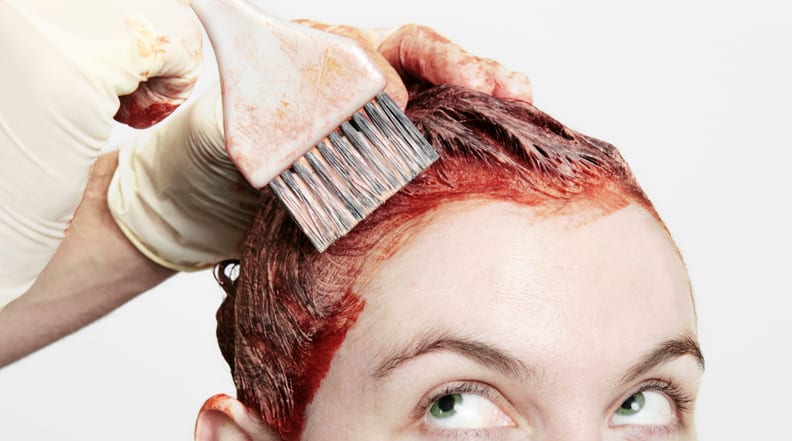 Vegetarians and vegans also object to consuming the dye, and so do people who keep kosher, since consuming tiny bits of living beings goes against their beliefs.

Now you know how one tiny, legless, wingless bug has influenced our culture for centuries…and why it’s likely to continue doing so for years to come.