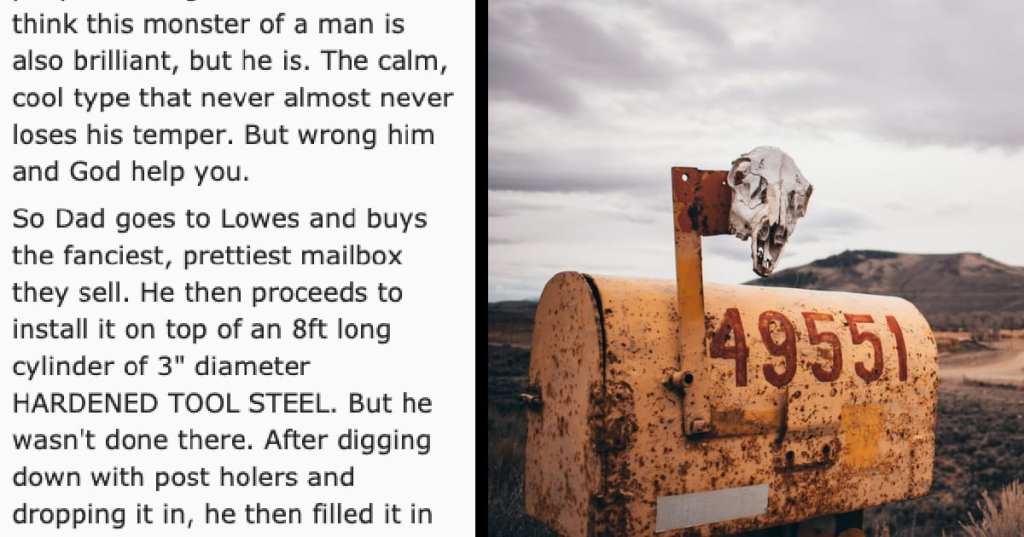 If you don’t live in a small town, where people have to invent ways to amuse themselves, and too many of those things include destroying other people’s property, then perhaps you’ve never had to worry about the sturdiness of your mailbox.

For the rest of us, we’ve come outside at least once in our life to find our mailbox bashed in and lying on the ground like a possum someone didn’t bother to swerve to miss.

There have long been strategies for dealing with this sort of nonsense, but I have to say, this guy’s father really went at it head on.

Their family lived in a rural area, and according to the local sheriff, had been happening to their neighbors, too. 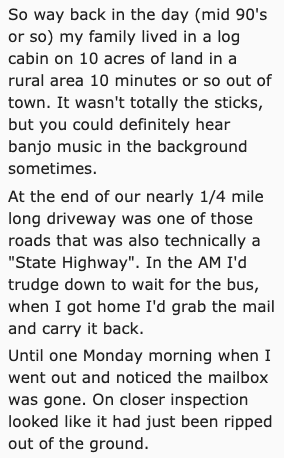 People tried different things to thwart the mailbox bandit and put a stop to the assaults, but nothing had worked. 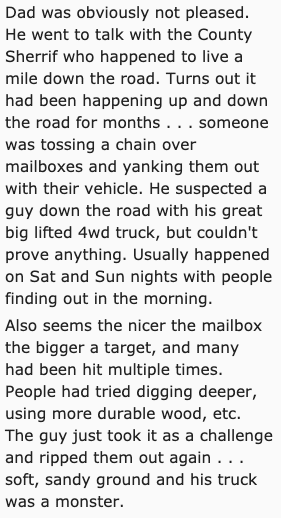 Enter OPs dad, who was as strong as an ox and had the brains to go with his brawn.

He went to Lowe’s, gathered the necessary materials, and set to work – I imagine gleefully. 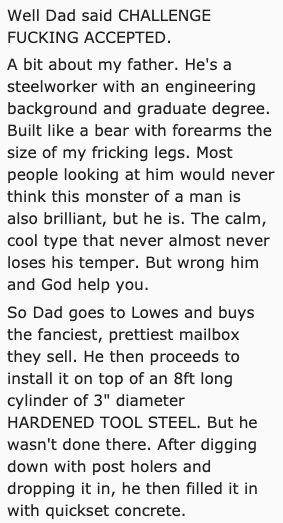 Then he disguised his creation, so the guy taking down mailboxes wouldn’t realize he was about to attack on that hit back. 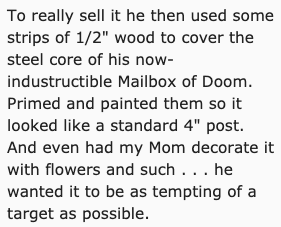 Safe to say that Dad got the last laugh. 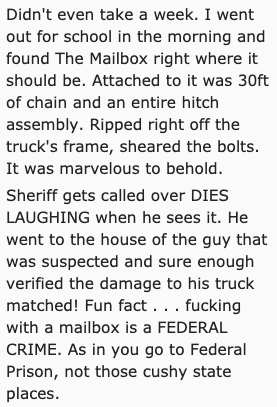 Along with the sheriff’s office, of course. 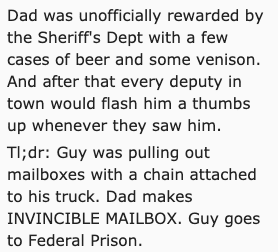 This story is amazing, because it really shows what humans are capable of if they put their minds to it.

We can make each other miserable if we have enough time, smarts, and energy.

Think about that the next time you’re just planning to sit back and take it!