If you’re a parent, this is something you’re likely guilty of doing, even though you know that car seat manufacturers and pediatricians warn against – when you’re dying for some sleep and your little one is snoozing away, it’s just too tempting to leave them be for a little while, right?

Well, as easy as it might be, one mom’s story – and a reminder of the official party line on the subject – means we all need to suck it up and get your kid out of the car seat as soon as they’re in the house. 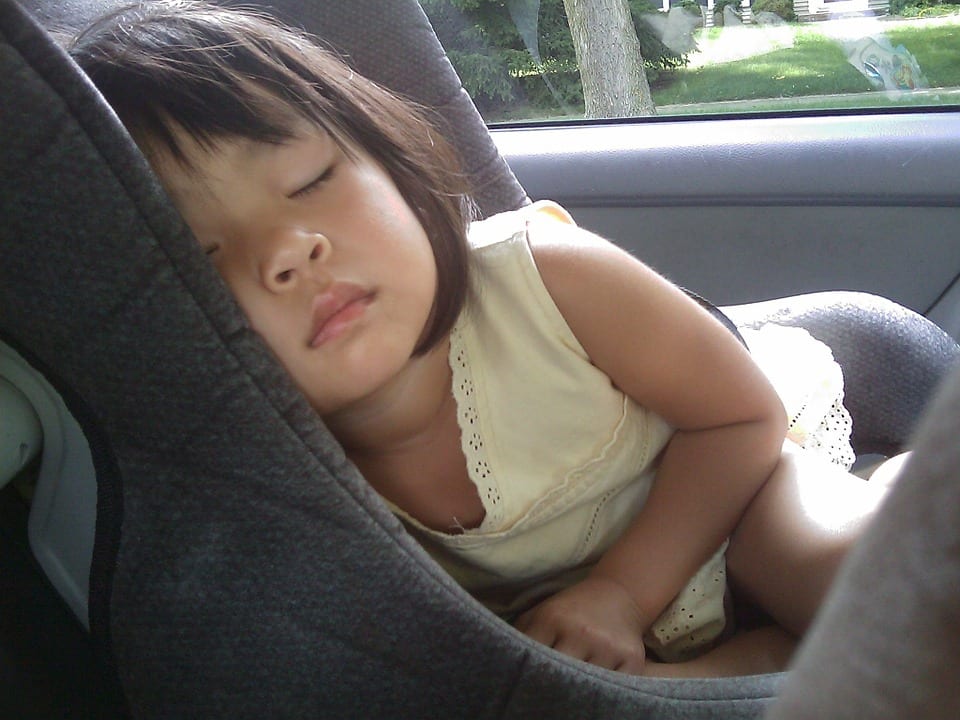 The anecdotal (and heartbreaking) evidence comes from mother Lisa Smith, who lost her 1-year-old daughter, Mia, from positional asphyxia caused by napping in her car seat at daycare.

“I got a call while I was at work,” Smith told ScaryMommy. “Worst call I’ve ever had in my life. ‘Drop everything. Mia didn’t wake up from her nap.'”

Smith and her husband were aware of the dangers of allowing their daughter to sleep in the car seat, but the childcare provider claimed she was not. That lack of awareness cost the Smiths their daughter, and Lisa has made it her mission to educate others.

A 2015 study published in the Journal of Pediatrics found that 47 children 2 years and under had died napping in car seats outside of a car over a 4-year span, and experts remind us repeatedly of safe sleep recommendations – and that car seats don’t meet any of them. 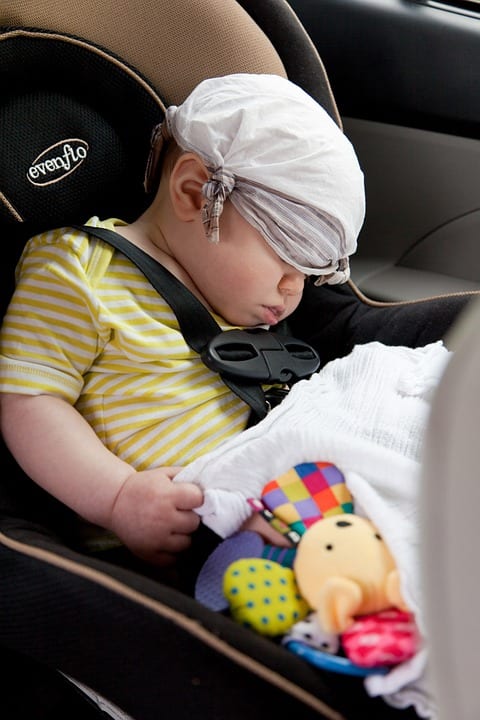 “There’s nothing about the car seat that’s designed to sleep,” Sharon Evans, a trauma injury prevention coordinator at Cook’s Children Hospital, told WFAA News. “Of course, if the straps aren’t tight, the child can kind of slump down.”

In a safe sleep brochure created by the New York City Administration for Children’s Services (ACS), it explains that “because babies don’t lie flat in car seats, they can suffocate when their heads (which are very heavy compared to the rest of their bodies) tip forward, blocking their airway. These products are not made for babies to sleep in and are dangerous because babies are not sleeping flat on their backs.”

The official recommendation from the American Association of Pediatrics is that infants sleep on a tight, fitted sheet on their back, in an environment free of other items like blankets, pillows, or toys. They also recommend that infants room in with their parents for six months to a year.

As tempting as it can be to break the rules for our own comfort, parents like Lisa Smith hope we’ll remember their tragedy and think twice.

“She was our first born, our only child, and she didn’t deserve what happened to her. But other families don’t deserve this to happen to them, either.”