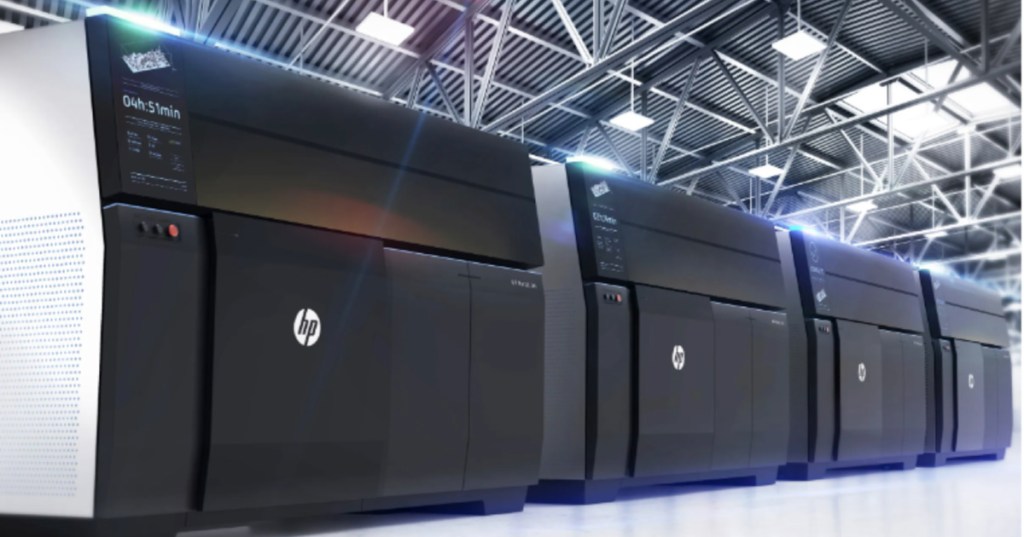 We’re just getting used to the crazy technology of 3D printers, which can print plastic copies out of thin air.

Like seriously, our great-grandparents even would have had zero idea what’s happening and probably have accused us of witchcraft.

Now, HP is coming out with 3D printers that create things in a sturdier steel.

The company announced their Metal Jet printer, which is built on an industrial scale and creates items in steel, not plastic. Previously, the method has been relatively slow and expensive when compared with traditional mass-production techniques, and has only been able to use plastic materials.

HP has been working on the issue of mass production, launching their Jet Fusion plastic 3D printer back in 2016 that was made to do more than one-off jobs. Their hoping the Metal Jet will let 3D printing enter the big manufacturing sectors like automobiles and medical devices in the near future.

For now, the products they’re printing are cosmetic – key fobs with custom engravings, for example – but Tim Weber, head of HP’s head of 3D metals, thinks this ability to print metal will save costs and enable companies to create new products faster in the future.

Other companies, like GE Aviation, have been in the 3D metal printing game for years, making things like a fuel nozzle for a jet engine with a similar process. It’s remained a slow and expensive way to go, though, which means that it’s not practical when it comes to metal items that are more proliferate.

HP’s process is different. It’s called binder-jet printing, and it’s cheaper and more efficient, spreading layers of metal powder before spraying it with a binding agent to solidify it. The initial items have to be placed into a furnace to solidify them into something strong enough to use, but the end product is pretty light, smooth, and can include fine details.

Other companies have used binder-jet printing before, so there will be competitors when this one enters the market. The marketing folks at HP believe they’ll have an edge because of their experience making conventional printers, which share many of the same components.

The question of how big the market will be remains, but HP says Metal Jet should be cost-effective for small runs like 50,000-70,000 items.

So, medical facilities will be more likely to jump on the bandwagon than, say, auto manufacturers, who make billions of parts every year.

Whatever happens, I think it’s clear we’ve not seen the best of what 3D printing has to offer, so everyone, prepare to be amazed on the regular.