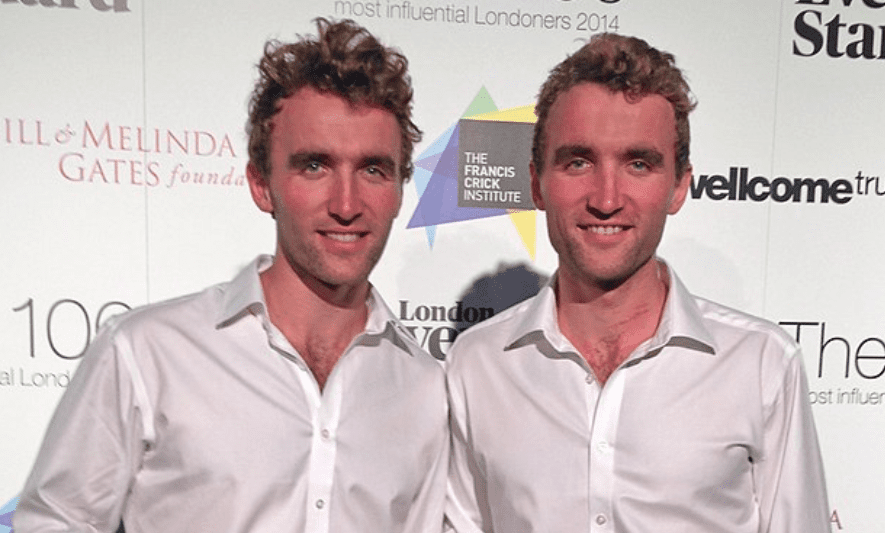 Or maybe not exactly…

In this AskReddit article, identical twins reveal the weirdest and wackiest situations they’ve found themselves in.

“I haven’t, but she got mistaken for me during my graduation, and she got told off for not being in concert dress when she didn’t even go to my school!

She’s quite shy so when someone screamed my name at her from across the street the day before graduation she just kind of froze and stared awkwardly.

The concert thing was funny because we decided to have a bit of fun with it and she actually swapped places with me for just long enough for one of my friends to give her a big hug, and then the girls who were in on it with us directed the friend to look behind the column I had hidden behind.”

“I’m not a twin but i had an embarrassing moment with a twin…. I worked with this bloke and we always had a laugh at work, anyway on my day off i went into the local supermarket and saw my “mate” in the queue with his gf, i ran over and booted him up the ars* and he just turned round and looked at me puzzled…. he said who are you?

And the morbid realization of what id just dome and remembering that my mate at work had a twin…. a twin that i had never met and looked exactly like him, i was like I’m so f*cking sorry I thought you were Andy, he just shrugs and says its okay man it happens all the time… I walked off chucking embarrassed…. next time I see my mate at work he is crying tears of laughter telling everyone what i did…. didn’t let me live it down for ages.

Found out halfway through high school that several people there thought we were lesbians, because we had the same classes, took the same bus home, hung out all the time and occasionally walked around with our arms linked.

It never occurred to them, despite our same last name and extreme similarities, that we may have just been related.

I purposely went out of my way to avoid those people outside of high school. It was just a little too creepy.”

4. A story from the Air Force

“Not me, but have a story about twins.

When I was in the Air Force, one of my Airmen had an identical twin brother. You literally couldn’t tell them apart at first glance. It was eerie. My Airmen wasn’t the sharpest one out there, and his brother was not in the military. Airmen dipsh*t decided one weekend he wanted to get drunk instead of pulling weekend security duty guarding millions of dollars of classified equipment.

He sent his brother in his uniform, who had no clearance, or even authorization to be on base by himself. The funny part is, is that they could have got away with it, had the civilian brother actually responded to Airmen’s name when people were talking too him.

The jig was up the following Monday, and Airman Dipsh*t was discharged within a couple months.

He was lucky he didn’t go to prison. Good times.”

“I went to a small private University and my brother went to the state university in the next town over. I was leaving my dorm room on the way to breakfast. When I opened the door and stepped out I was immediately confronted by an extremely angry girl yelling about how “I was such a horrible person for cheating on my girlfriend.” and “I saw you kissing that blond girl.” On and on. She was so angry.

She had backed me up against my door and was making a huge scene. Having only just spent the previous 30mins waking up, showering, and getting ready for my day before walking out the door, I had no idea why I was getting yelled at. As she was yelling, finger waving in my face, I slid my hand in my pocket and grabbed my cell phone and called my brother. He answers his phone with “Where are you? I’m here and want you to meet my girlfriend.” I just handed the phone to the girl and said, “You should talk to my brother.” “

“I have always been a bit taller and heavier than him. When we played pop warner football I was always right on the line of making weight. So he would do his weigh in, then pound a bunch of water so he was just a little bit heavier and put my jersey on and get weighed again.

Also in middle school we had the same biology teacher in back to back periods. It wasn’t until parent teacher conferences that the teacher realized that we were twins. She somehow thought that one kid was taking the same class twice. Even though we have different first names. American public education for you.

PSA for the non-twin population: Don’t ask if we switch places to “trick” our Significant Others. It’s weird and I don’t understand why people think this is a cute thing to ask.”

“I was a child back then and my brother wouldn’t give me our father’s phone to play on, he was so engrossed in the red ball game so I went to tell father and he asked my brother to give the phone to me multiple times, but my brother kept refusing. Then, our father went to do something in his room and during that time he agreed to give me the phone.

Unfortunately, our father came out of the room and saw me playing on the phone then said to me in anger “Didn’t I tell you to give the phone to your brother?” And punished me before I told him that I was that brother. He knew that he messed up and decided to laugh it out.”

“I’m not a twin myself, but I was good friends with two identical twin sisters in high school.

Even though they were identical twins, they were easy enough to tell apart if you knew them because of mannerisms, differences in how they dressed and did their hair, etc.

Well, one weekend we and some other friends were going to a small local convention, and the two of them decided to dress identically and wear hats so that they couldn’t be told apart by their hair so that they could mess with people.

This worked great until they got separated and couldn’t find each other. They ended up going in circles around the show floor asking people “Hey, have you seen a girl who looks exactly like me come by here?” for a good while.”

“My wife’s family thought I was cheating on her. I started dating my wife when I was in high school. We continued in college. My wife’s cousin attended the same college but didn’t know I had an identical twin. She saw him with his girlfriend and shared it with the entire family. They kept telling my girlfriend to break up with me because of this until I proved to her that I had an identical twin. All turned out well, happily married for 13 years.”

“The only story worth telling is when my identical twin brother and me pretended to be each other when we were younger (1st grade or so) because we looked so much alike that we believed no one would notice. It worked. The problem, however, is that we poorly planned the day of the reversal and each one of us had to take a test for the other which we did not prepare (there were so many kids in the school that not all kids were part of the same class, and the schedules, I suppose, were individualized).

So, that was the last time we purposefully switched identities, although if someone mistakes us for the other, and we deem it beneficial to the current circumstance, we tend to let it slide.”

“Her (then) boyfriend tried to make out with me at a festival.

It was a little awkward when he saw her standing behind me but we laughed about it later.”

“Got treated like dirt by a waitress when with my the girlfriend.

Turns out my twin had just broken up with her and we had never met before.”

13. That’s what siblings are for

“I took a urine test for her to get a job she really wanted.

Lots of random people always trying to say “Hi” to me over the years.”

“My ex has twin younger sisters, both beautiful young ladies.

The one worked at a bar we used to frequent and I can’t say how many times we’d be sitting there and someone would start hitting on Katie and she’d have to break it to them she’s not Kara (who was kind of notorious around town for being… easy).

We’d sit there rolling our eyes with her trying not to crack up as she explained “yeah she’s in jail now, so you gonna order something?”

“My twin sister and I went to different boarding schools. I was working for a week at a location near her school, and she happened to be away(and had been for a while). So I borrowed her room.

Never in my life have I hugged by so many strangers, who thought I was my sister who had returned.

At least I could tell her that she was sorely missed by her peers.

I told them that I wasn’t her, and the mood became awkward real fast….”

Are you an identical twin? Have you ever been in a situation like this? Or something equally as weird?

Share your story in the comments! We’d love to hear from you!