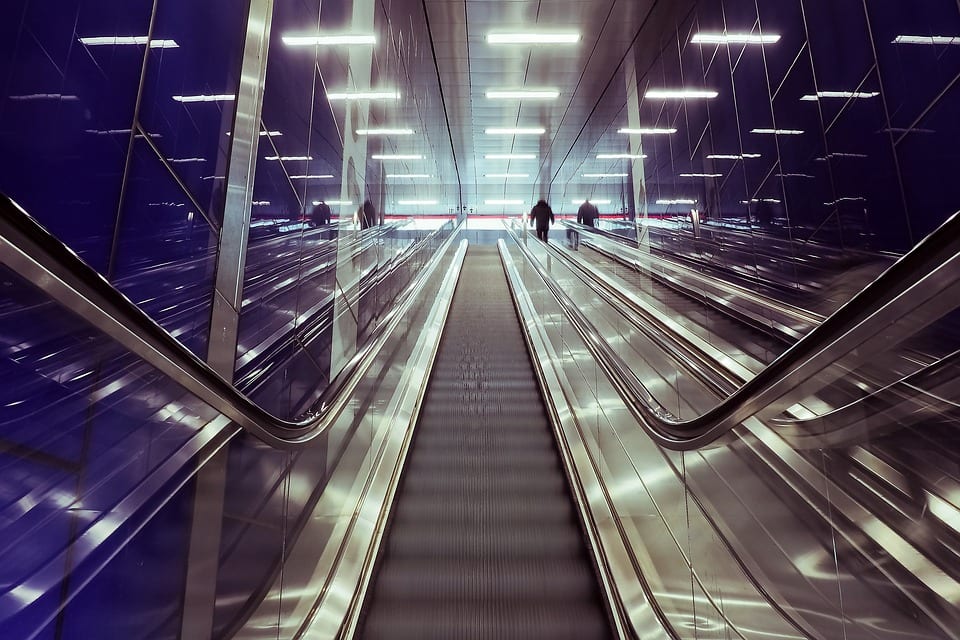 In my youth, one of my favorite activities was running from mall security guards. My brother and I would get in trouble at the mall for many stupid things, but one that always made our day a little brighter was sliding down the middle of the escalator (and then running, of course). 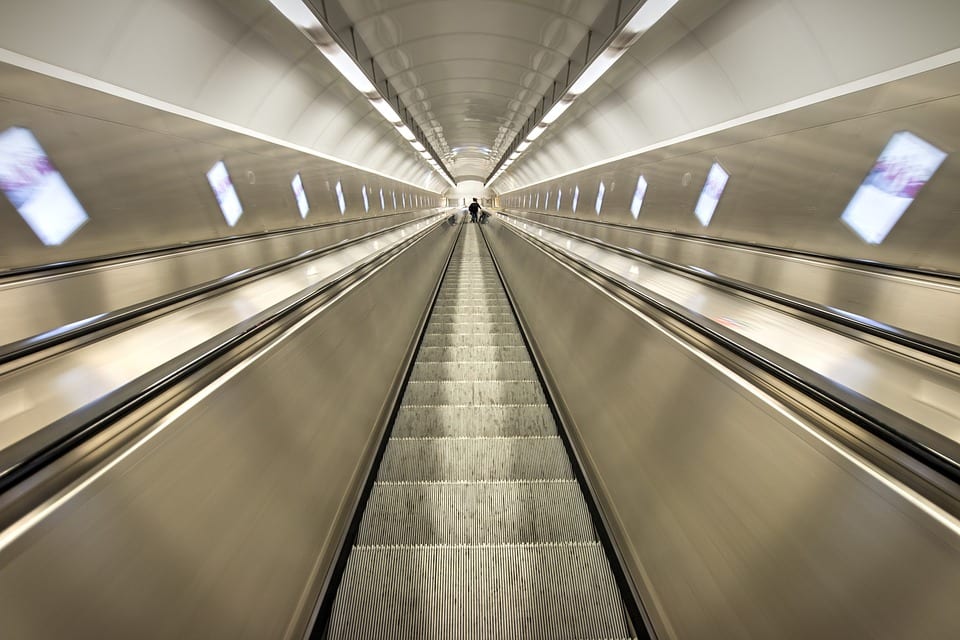 It’s an art form, trust me.

Then there’s this guy, who did it all wrong and paid the price. There are rules to sliding down an escalator, and one is that you never do it if there are OBJECTS IN THE MIDDLE OF THE SLIDE. Take a look at this painful mishap.

Top night last night, but this has to be the highlight ??? pic.twitter.com/yMqDvOoVML

That was terrible…and hilarious. But he should’ve known better. The good thing is that his pal who put the video on Twitter said he’s fine after taking that monumental spill.

And people, myself included, got a big kick out of the epic fail. 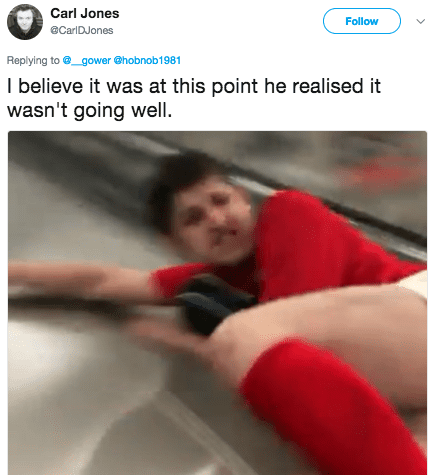 That video by @__gower of the bloke falling down the tube escalator (https://t.co/cw6QaylWlo) is much less stressful if you reverse it. pic.twitter.com/ObW8dEBKHM

Let’s all use this incident as a teaching moment and not try this anywhere, okay?